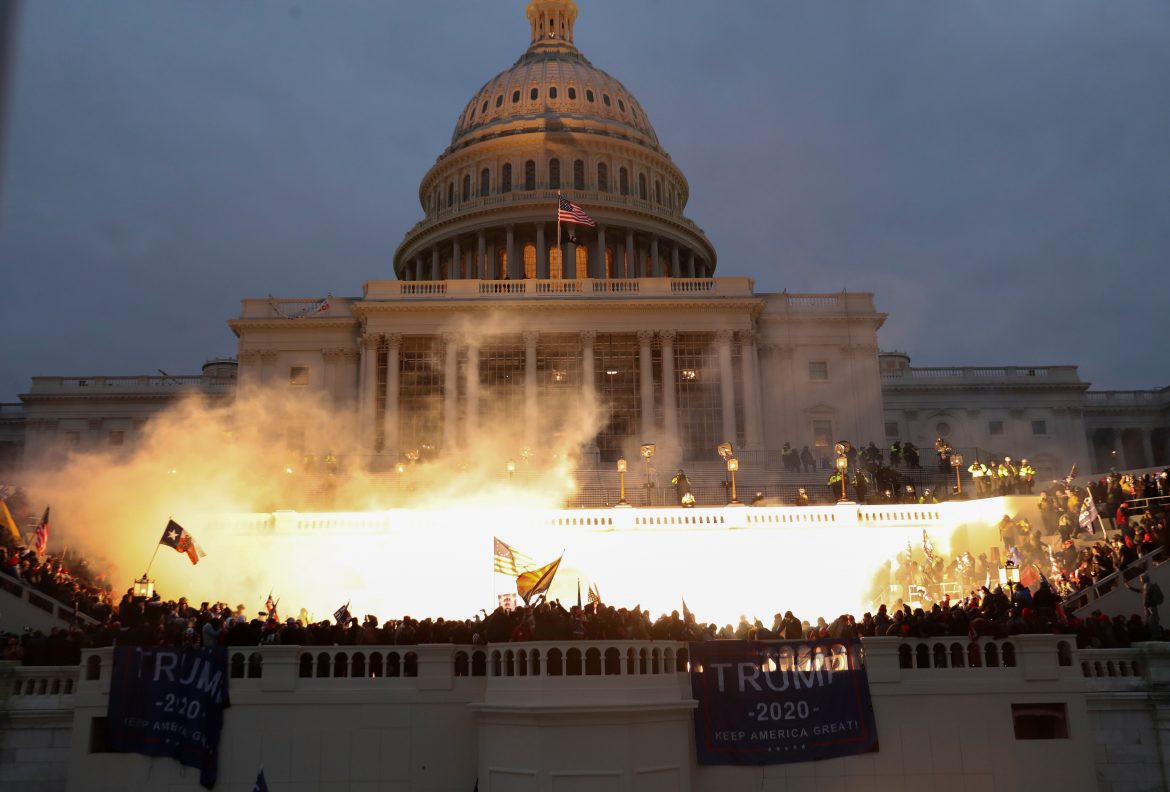 Chaos shook the U.S. Capitol yesterday when a portion of the pro-Trump so-called “Save America March” turned into a riot. This violent group, reportedly made up of fringe factions of the right and some have speculated members of Antifa, mobbed federal police, breached the Capitol building, and entered the legislative chambers. This was possibly done in an attempt to stop the Senate’s certification of Joe Biden as the next president of the United States.

This came as both Democratic candidates emerged victorious in the Georgia Senate runoffs, giving the Democrats a super majority in the Federal Government. Conservatives fear this will allow the left to give into their worst impulses, indulging in institution breaking actions such as packing the Supreme Court and ending the Senate filibuster to ram through policy with a simple majority.

With passions running high, the riot on Capitol Hill resulted in vandalism, the discovery of a pipe bomb at the RNC headquarters, four deaths. 52 arrests, and 14 injured officers. The FBI has opened an investigation into the day’s events.

Both Donald Trump and Joe Biden condemned the violence. But in an unprecedented move Twitter and other social media platforms removed Donald Trump’s video statement, as well as several tweets, and suspended his account. Twitter claimed the President made violations of their “Civic Integrity Policy.”

As a result of the unprecedented and ongoing violent situation in Washington, D.C., we have required the removal of three @realDonaldTrump Tweets that were posted earlier today for repeated and severe violations of our Civic Integrity policy. https://t.co/k6OkjNG3bM

After order was restored, Vice President Mike Pence made a statement to the Senate and was met with a standing ovation. The Senate went on to certify Biden’s victory early Thursday morning.

And we will always be grateful for the men and women who stayed at their post to defend this historic place. To those who wreaked havoc in our Capitol today, you did not win. Violence never wins. Freedom wins. And this is still the People's House. pic.twitter.com/ytErRKnk4O

The riots were condemned by virtually all conservative figures, from government officials to evangelical leaders and online pundits.

Those storming the Capitol need to stop NOW.

The Constitution protects peaceful protest, but violence—from Left or Right— is ALWAYS wrong.

And those engaged in violence are hurting the cause they say they support.

I am deeply saddened by what took place in our nation’s capital today. Our country is in trouble. We need God’s healing and we need God’s help. Pray for peace and the protection of our nation. Let’s come together—on our knees.

A horrible day for the country. Violent rioting inside the Capitol must be met with the full brunt of the law. https://t.co/HfAxqpD6fp

President Trump released a statement saying “Even though I totally disagree with the outcome of the election, and the facts bear me out, nevertheless there will be an orderly transition on January 20th,” but that he would “continue our fight to ensure that only legal votes were counted.”