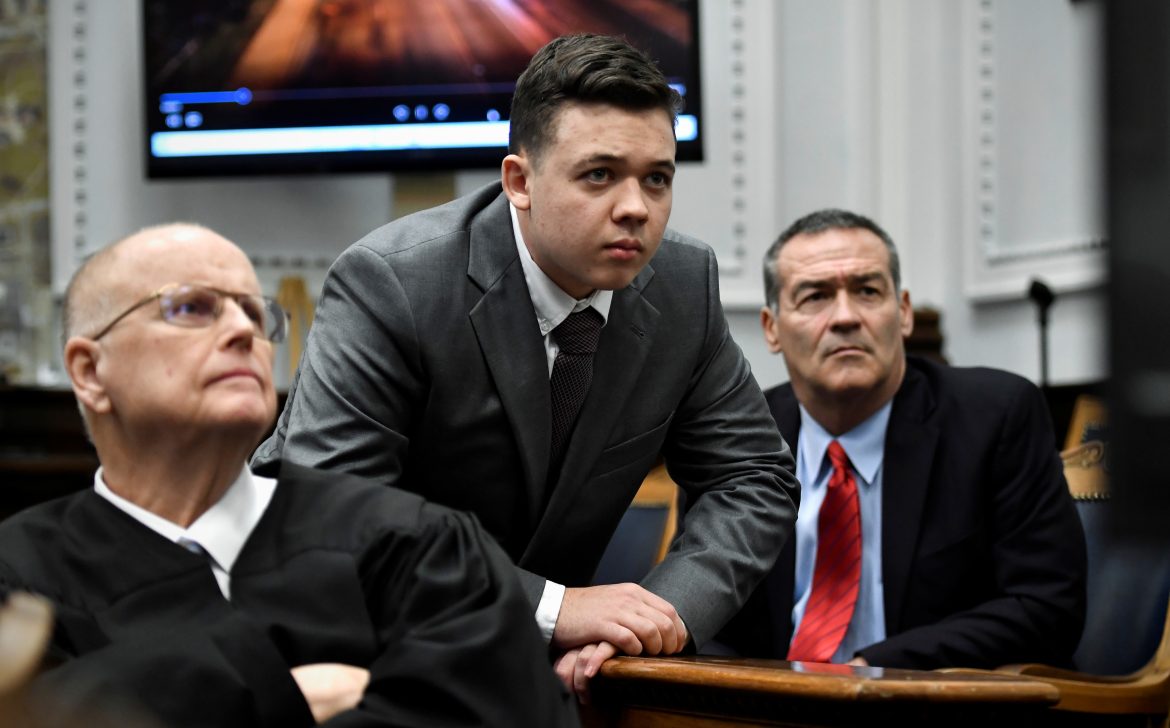 The prosecution rested their case in the Kyle Rittenhouse trial last week, and the high profile trial now shifts to the 12 jurors who will determine the teenager’s guilt or innocence.

Rittenhouse, now 18, was only 17 when he shot and killed two people during the protests that were occurring in Kenosha, Wisconsin last year, in response to the police shooting of Jacob Blake. The majority of those on the right are split on whether Rittenhouse’s actions were heroic or foolish, while the majority of those on the left have maintained that he’s a vigilante and intentional killer.

This case is the latest popular media cases to grip the public and spark both outrage and division.

In the Rittenhouse case, prosecutors were tasked with proving the homicide charges in the deaths of Joseph Rosenbaum, 36, and Anthony Huber, 26, both shot by Rittenhouse on August 25, 2020.

The prosecution notably had Gaige Grosskreutz, a third man Rittenhouse shot that night, testify which seemingly ended up harming their case. During the trial Grosskreutz was asked by defense attorney Corey Chirafisi, “It wasn’t until you pointed your gun at him, advanced on him … that he fired, right?” to which he responded, “Correct,” affirming that this was the case.

The media has labeled Grosskreutz as a “sole survivor” of Rittenhouse, though by his own testimony, Grosskreutz affirmed that he was posing an immediate threat to Rittenhouse by pointing a pistol at him. When Rittenhouse himself testified on the stand last Wednesday he confirmed that he “stopped the threat” in relation to the three men he shot, even breaking down in tears as he seemingly relived the night and events of the shootings.

Though the prosecution is seeking murder charges, the evidence in the case is not leaning in their favor. According to AP News, former Assistant District Attorney for Milwaukee County, Daniel Adams asserts that

Kenosha County prosecutor Thomas Binger, the head prosecutor in the case, has led a very weak campaign, saying, “He’s got nothing…I just don’t understand it. What are we doing here? We’re all kind of scratching our heads.”

The lesser charges would allow first-degree charges to be reduced to second-degree charges in some cases, or intentional homicide to reckless homicide.

AP News noted that, “Legal observers said both sides got some wins during the hearing,” sharing quotes from Julis Kim, criminal defense attorney, and Michael O’Hear, a criminal law professor.

O’Hear was quoted as saying, “Normally the prosecutor would not request a lesser included instruction if the prosecution had a very high degree of confidence in the likelihood of conviction of the greater offense,”

While Kim noted of the defense, “I think that they recognize it could be a good thing for Mr. Rittenhouse to allow the jury to potentially convict him of a lesser offense if they convict him of anything,”

The trial will continue Monday with closing arguments, followed by jury deliberations.

Wisconsin Governor Tony Evers has urged those not from the Kenosha area to avoid traveling their and has authorized 500 National Guard to mobilize to the area in anticipation of possible riots following a decision in the case.