Robinhood and Hedge Funds Defend Themselves at GameStop Congressional Hearing

The U.S. congressional hearing on GameStop was held on February 19 and featured top hedge fund managers, the head of Robinhood, and YouTuber Roaring Kitty answering questions over the trading frenzy in January of this year.

GameStop rose over 1,000% during two weeks as retail traders on a Reddit page encouraged each other to get in on the action, partly to spite hedge fund managers who shorted the stock. As the stock rose, however, online brokerage Robinhood and several other brokers controversially restricted buying GameStop’s shares. 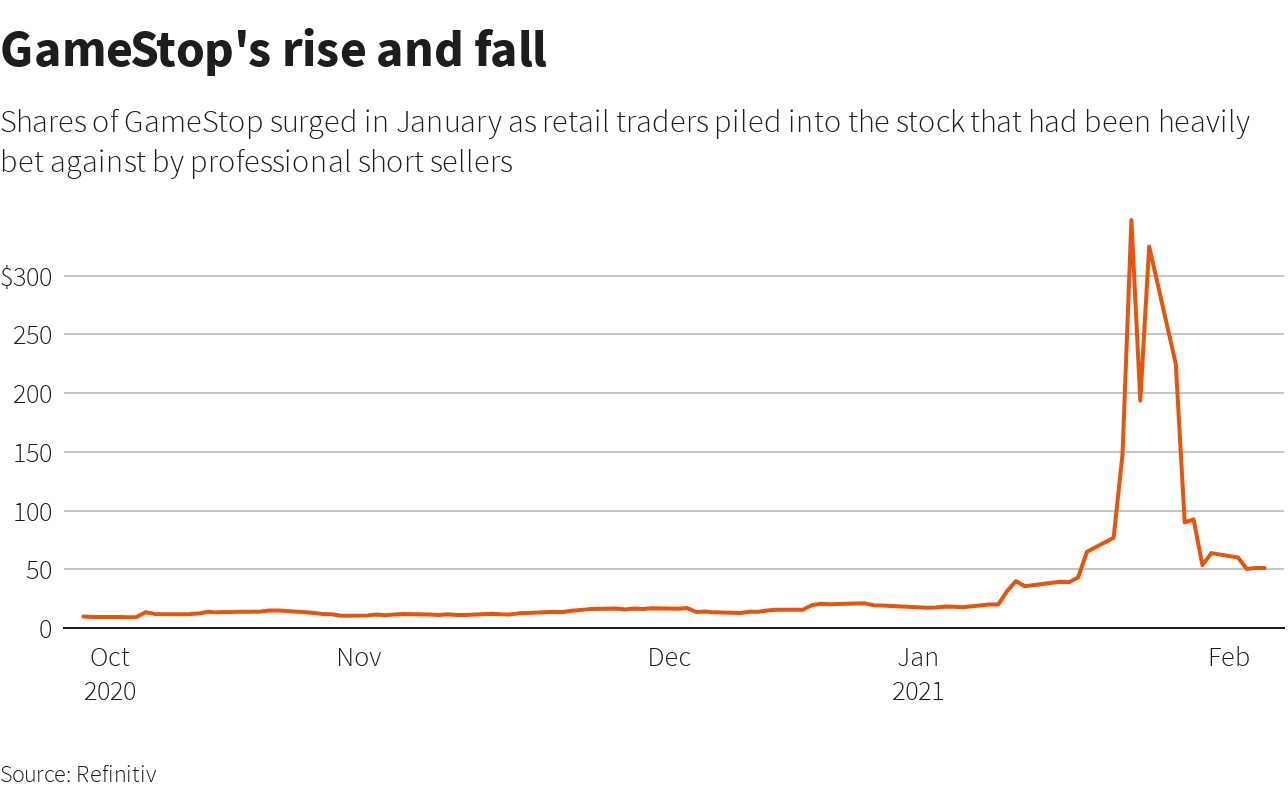 On Thursday, each group gave their testimony before the U.S. House of Representatives Committee on Financial Services. Robinhood CEO Vlad  Tenev remarked, “Robinhood owns what happened” in response to the buying freeze from their site, and tried to reassure the “millions of small investors” who use their platform for trading.

I’m not going to say that Robinhood did everything perfect and we haven’t made mistakes in the past, but what I commit to is making sure that we improve from this, learn from it, and we don’t make the same mistakes in the future. And Robinhood as an organization will learn from this and improve and make sure it doesn’t happen again, and I will make sure of that.

Keith Gill, better known as Roaring Kitty on YouTube and a Reddit user, was part of the hearing because he boosted the stock with his videos about how undervalued GameStop was. Gill responded by saying that he bases his picks on research and fundamentals.

I do not have clients and I do not provide personalized investment advice for fees or commissions. I am just an individual whose investment in GameStop and posts on social media were based upon my own research and analysis.

Hedge fund managers Gabe Plotkin of Melvin Capital, who ended up losing 53% in January during the frenzy, and Ken Griffin of Citadel LLC and Citadel Securities also spoke. Citadel invested $2 billion dollars in Melvin Capital after they suffered their losses.

Plotkin mostly explained why Melvin Capital shorted GameStop, which was because they believed that the company had many “structural challenges.” He also believed that the Reddit traders “exploited an opportunity around short selling,” which he says is something they will have to circumnavigate in the future.

Griffin was attacked on multiple fronts, including whether or not they reached out to Robinhood to instruct them to stop the GameStop tradings. Griffin said the company had not done so, and further explained their relationship with Robinhood saying they “share [their] trading acumen with retail investors, give them a better price and give payments for order flow to firms like Robinhood.”

Reddit CEO Steve Huffman was also briefly a part of the hearing, mostly to fill in the Committee on his platform’s role in economics as a whole. Huffman commented:

All of the content is created by users, voted on by users and ranked by users, and we make sure that is authentic, and as unmanipulated as possible. And in this specific case, we did not see any signs of manipulation.

The hearing was led by Representative Maxine Waters, chair of the Democratic-led panel, who said she was “more concerned than ever” that retail investors were being taken advantage of. Waters promised to hold more hearings, with testimony from regulators at the SEC and the Financial Industry Regulatory Authority.