Ron DeSantis goes on the road for the GOP 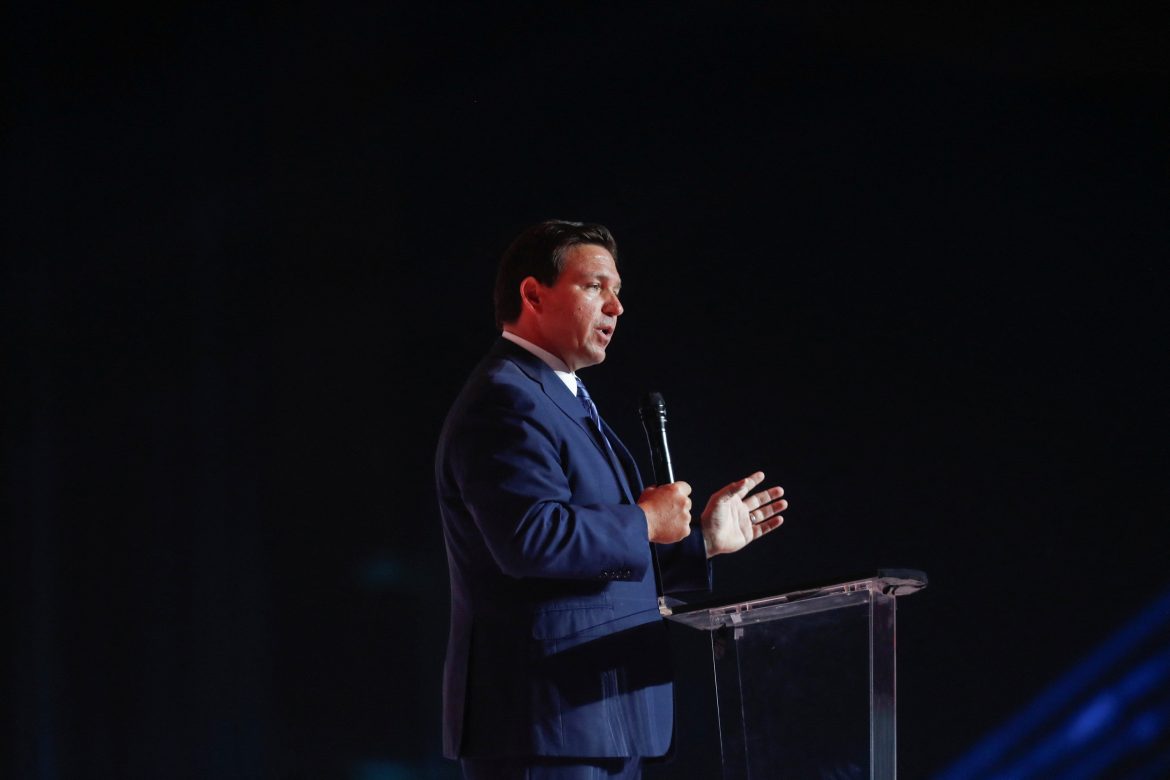 Turning Point Action, a political offshoot of the Turning Point USA group, has announced that Florida Governor Ron DeSantis will be featured in its upcoming ‘Unite and Win’ rallies, to be held across America in the month of August.  Earlier this week, the organization issued a press release stating, “Turning Point Action is proud to announce its upcoming ‘Unite and Win’ rallies in New Mexico and Arizona (August 14th) and Pennsylvania and Ohio (August 19th) featuring one of America’s most popular political leaders, Florida Governor Ron DeSantis.”

The rallies are designed to whip up support among independents and less strident Republicans, whom experts feel are key to helping the GOP prevail in tight midterm races in key battleground states.

Turning Point Action spokesmen Andrew Kolvet told Reuters, “He’s a wildly popular political figure, and I think he can really make a difference for some of these candidates.  Governor DeSantis is that unique political figure who has the ability to appeal to independents and rally support on the margins.  These races are going to be won by 1,2,3 percent.  His appeal is strong enough that he can deliver.”

The candidates that are hopeful that a DeSantis endorsement will propel them to victory are, Pennsylvania gubernatorial nominee Doug Mastriano, Arizona gubernatorial nominee Kari Lake, Ohio Senate nominee J.D. Vance and Arizona Senate nominee Blake Masters.  All of these individuals find themselves trailing their Democrat challengers going into the November elections.

The Governor continues to walk that political tightrope of endorsing candidates in a Trumpian fashion without encroaching on Trump himself, as the former president is still not revealing his 2024 presidential aspirations.  DeSantis’s road show could serve the dual purpose of helping Republicans in tight races while enhancing his gravitas as a potential presidential candidate.

Many of the Governor’s moves in recent months have been seen as laying the groundwork for something grander than just being reelected as chief executive of the sunshine state.  Kevin Wagner, political science professor at Florida Atlantic University, told Reuters, “These are the kinds of things that people do when they’re trying to build a more national profile in preparation for considering races that have national import.”

Helping the team while promoting yourself on the national stage is nothing new.  Governors Kristi Noem and Nikki Haley, as well as Mayor Rudy Giuliani, are all examples of politicians with presidential aspirations who were popular on a regional level yet sought to expand that popularity across the rest of America.