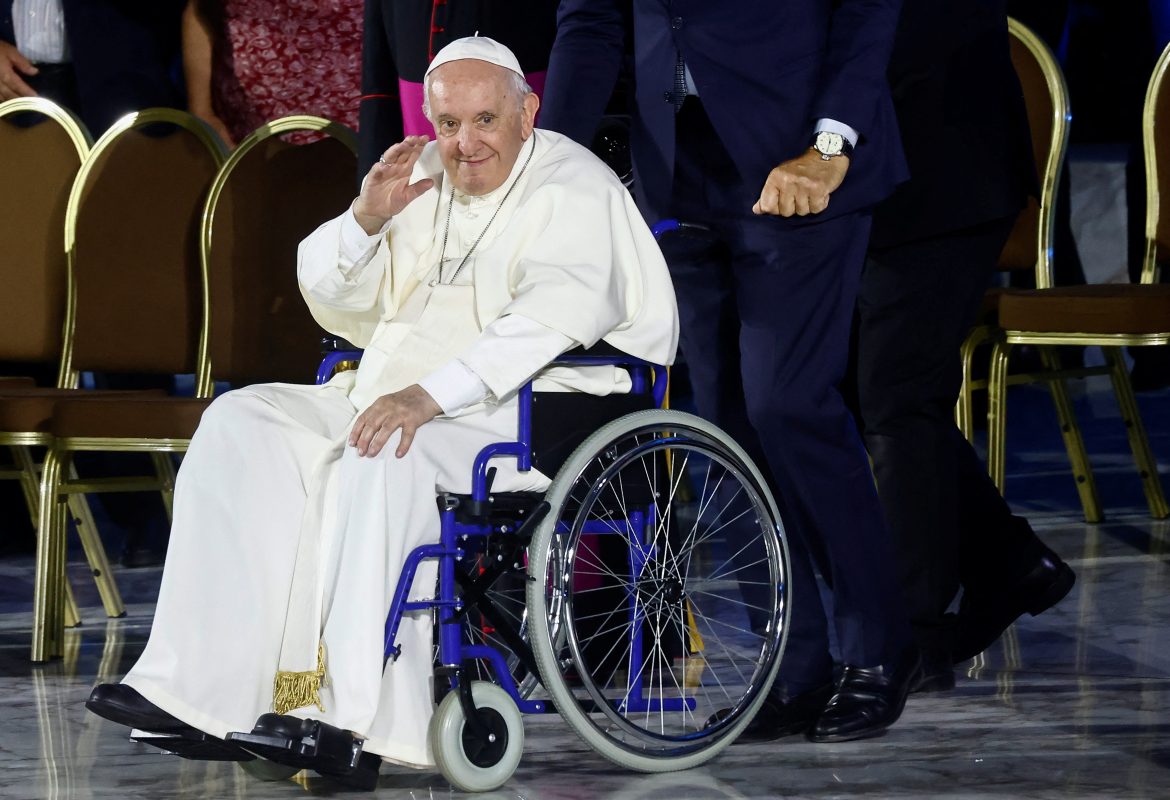 Rumors have surfaced this past week from the Vatican that Pope Francis might resign from the papacy in the near future. This would mark the second consecutive papal resignation following Benedict XVI in 2013, an unlikely phenomenon that has not happened in the Roman Catholic Church since the 11th century AD.

Francis is 85-years-old, and many speculate that his severely diminished health in the last few years has led him to consider resignation. Some sources claim that the pontiff was quoted as saying he would resign instead of undergoing surgery on his knee, which has left him in a condition that has forced him to use a walking stick and even a wheelchair at times.

Unusual activity at the Vatican as reports break that Pope Francis may be about to resign. (And we are there!) pic.twitter.com/P2AetNECH1

These suspicions are only speculation at this point. Like his predecessor, Francis’s reign has seen its fair share of controversy. He has been hailed by some as a much-need progressive influence in an archaic religious structure, while decried by others as a dangerous leader who would abandon biblical orthodoxy, especially in the area of marriage and sexuality.