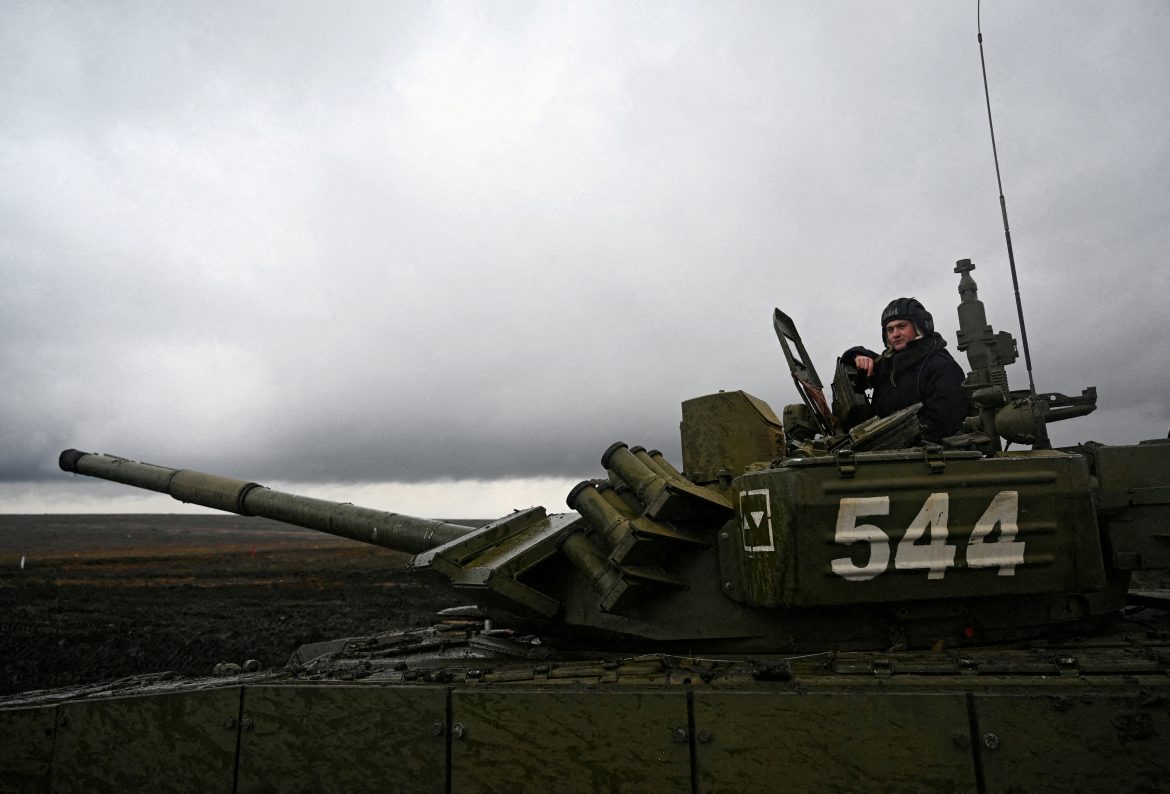 On Tuesday, Russia launched new military drills close to Ukraine as tensions in the region continue to grow. Russia also deployed more fighter jets and forces to Belarus for exercises next month ahead of an exercise called “Allied Resolve.”

The buildup and military exercises occurred as officials from four nations prepared to meet for “Normandy format” talks in Paris in hopes of de-escalation. The four countries planning to meet are Germany, France, Ukraine, and Russia.

As Russia continues to send troops, tanks, jets, and supplies to the Ukraine border, U.S.-Russian relations have become more strained. This past Friday, according to Fox News, the U.S. delivered its first shipments of promised assistance to Ukraine, a shipment that included “lethal aid.”

The U.S. Embassy in Kyiv said the shipment “demonstrates the U.S. commitment to helping Ukraine bolster its defenses in the face of growing Russian aggression.”

In response to the U.S. shipment and other moves, President Vladimir Putin’s spokesman, Dmitry Peskov told reporters, “The United States is escalating tensions. We are watching these US actions with great concern.”

Russia has made Ukraine’s status with NATO a priority in negotiations. If Ukraine is able to join NATO, then its member countries, including the U.S., would be obligated to step in and assist Ukraine if another country, including Russia, invades.

According to Reuters and other sources, Russia continues to insist that there are no plans for an invasion, but that has not stopped the West from threatening severe penalties if they do. President Biden said he would consider personal sanctions on Putin, with Britain saying it would not rule out doing the same.

The Biden administration has gone to great lengths to make clear its support of Ukraine with sanctions and weapons, but according to Fox News, “He does not want to send troops to the country to defend it.”

When asked about the possibility of sending troops, Biden said, “That is not on the table.” Defending that position, Biden continued, “We have a moral obligation and a legal obligation to our NATO allies if they were to attack under Article 5, that’s a sacred obligation. That obligation does not extend to … Ukraine.”

Russia has not been deterred by talks of sanctions or tanks and weapons deliveries from the west, but seemingly emboldened. The new military exercises along with the amassing of, according to Forbes, 120,000 troops along the Ukraine border show Russia is getting braver and not backing down.

On top of that, the possibility of a China-Russia alliance is more real than it has ever been before. U.S. officials have long been skeptical of the two nations presenting a unified front, but according to the Wall Street Journal, many of those officials are now changing their tune.

It is still difficult to pinpoint the level of collaboration between the two powerhouse countries because of how tightly their leaders control information, but there are signs that at least some level of collaboration is there. The Wall Street Journal states, “Western officials and defense experts are growing more convinced of the closer relationship based on recent economic alliances, military exercises and joint defense development, as well as the few public statements from government leaders.”

The ramifications of a partnership like this are hard to ignore and is just another wrinkle of this conflict in Russia and the overall geopolitical climate that the Biden administration is operating in and has helped to create.