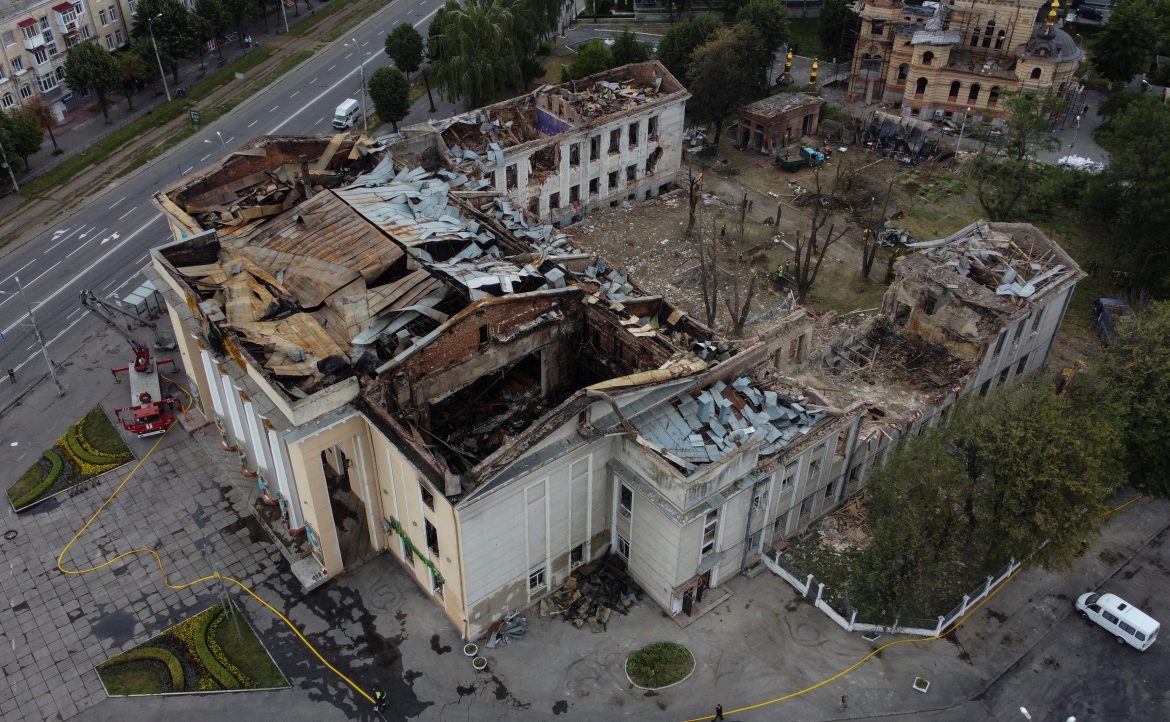 Russia vowed yesterday to ramp up its military operations in Ukraine. A Ukrainian military official confirms that the invading nation is preparing for the next round of offensive operations.

On Saturday Moscow said it intended to step up its offensive in “all operational areas.” Russian Defense Minister Sergei Shoigu has ordered military units to reinforce and intensify their operations in Russian-controlled territory in the eastern and southern parts of the nation.

“It is not only missile strikes from the air and sea,” Vadym Skibitskyi, a spokesman for Ukrainian military intelligence, said to Reuters on Saturday. “We can see shelling along the entire line of contact, along the entire front line. There is an active use of tactical aviation and attack helicopters.

He added, “Clearly preparations are now underway for the next stage of the offensive.”

Over the weekend, hundreds of rockets struck Ukrainian cities across the map. The southern city of Nikopol was hit by more than 50 Russian Grad rockets alone, according to region governor Valentyn Reznichenko.

Ukraine claims that at least 40 people have died due to Russian bombing of urban areas since Thursday. In the northeastern Karkhiv region, a 70-year-old woman and two others lost their lives when Russian-launched missiles struck the town of Chuhuiv on Friday night. Two people died in Nikopol. Early Saturday, residents and the remaining family attended the funeral of the 4-year-old Liza Dmytrieva, who was one of 24 residents of the central city of Vinnytsia who was killed on Thursday in a missile strike.

All reports come from local governors of the attacked region.

The war between Russia and Ukraine, which began on Feb. 24 when Russian President Vladimir Putin ordered his troops to begin “special military operations” within the nation, has increasingly become one of attrition, with a high cost to buildings and civilians.

“When the blast wave hit, there were few shards because all my windows were taped up,” a local woman who gave her name as Klavdia told Reuters. The woman lives in Dnipro, about 75 miles north of Nikopol.

Klavdia continued, “The people whose windows were not protected like this, there was a lot of blood, their injuries were horrible. I saw a small child all covered in blood. It was awful.”

Russia often claims it is targeting military facilities when it strikes a residential area. For Dnipro, they claimed to have destroyed a factory producing missile parts.  The regional governor of the Dnipropetrovsk region confirmed that an industrial plant was hit but has not confirmed it was producing military weapons.

Despite the intense missile strikes against Ukraine territory, Ukraine’s defense ministry said on Friday that the use of Western-supplied long-ranged rockets has led to a string of 30 successful hits against Russian logistics and ammunition hubs. These strikes, according to their spokesperson, are causing havoc with Moscow’s supply lines and have reduced the offensive capability of the invaders.

However, Russia claimed to have destroyed a launch ramp and reloading vehicles for one of the U.S.-supplied HIMARS systems this weekend. They also say they have destroyed a Ukrainian MI-17 helicopter near Sloviansk and a SU-25 aircraft in the Kharkiv region.

These strikes have not been confirmed.

In a lecture given this weekend entitled “After Ukraine, What Lessons Now for Western Leadership,” former British Prime Minister Tony Blair warned, “We are coming to the end of Western political and economic dominance.”

The speech made at Ditchley Park near London signaled that China’s continued support of Russia despite its aggressive actions should not be taken lightly. He said, “China’s place as a superpower is natural and justified. It’s not the Soviet Union.”

He stressed the need to “increase defense spending” so Western allies would “be superior enough” for potential future conflicts.