Russia sets deadline for US, NATO response on Ukraine, warns of ‘military measures’ 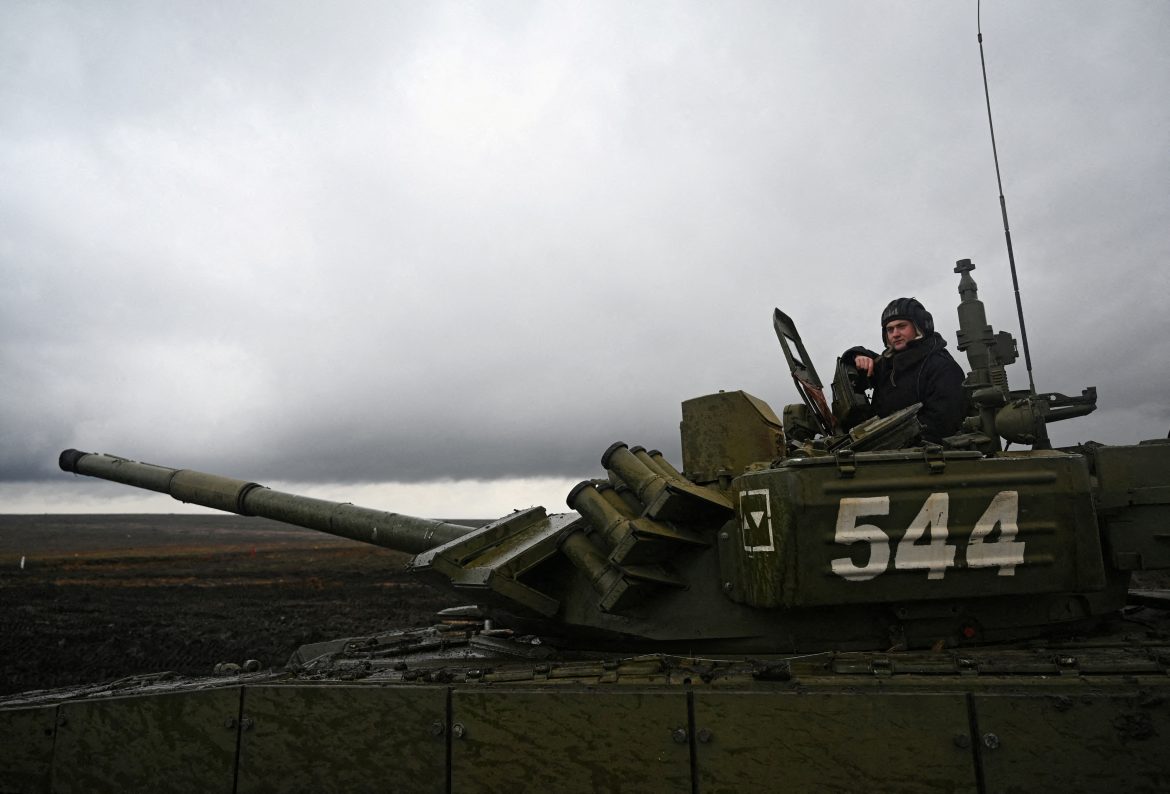 The standoff between Russia and the West has reached a breaking point, at least according to one Russian minister.

Appearing on “The Great Game,” a state television talk show, Russian Foreign Minister Sergey Lavrov said his nation had grown impatient in awaiting a response from the United States and NATO on Russia’s demands that, among other things, Ukraine not be admitted to NATO and that neither NATO nor the U.S. send troops into Ukraine.

“We will continue waiting but not for a long time,” Lavrov said. “President of Russia Vladimir Putin made it clear at the extended meeting of the Foreign Ministry Collegium and in subsequent statements. A response must be quick.”

According to ABC News, Lavrov was even more outspoken in a news conference.

“We have run out of patience,” Lavrov said at the conference. “The West has been driven by hubris and has exacerbated tensions in violation of its obligations and common sense.”

He later promised “military-technical measures,” which could include sending Russian troops into Venezuela and Cuba, if the U.S. refuses to yield.

In his talk show appearance, Lavrov said he expected an official response by next week.

“We know that NATO representatives want to drag out this entire process,” Lavrov said.

Lavrov went on to criticize American diplomacy and reiterated Russia’s displeasure that the U.S. and NATO have not committed to moving their troops farther away from Russia, despite having demanded Russian troops move farther away from Ukraine.

“That says it all, if you ask me,” Lavrov said. “This is arrogance of the highest order.”

He later added, “The Americans are foaming at the mouth, and along with Jens Stoltenberg they are blustering about how there can be no agreement or commitment with regard to the non-expansion of NATO, because we are talking about the freedom to choose alliances.”

Russia has certainly found willing allies, chief among them China, who only recently announced the extension of their “Treaty on Good-Neighborliness and Friendly Cooperation,” the document that has linked China and Russia diplomatically since 2001.

Thursday was an eventful one in Russia’s rhetoric surrounding Ukraine.

In a press briefing, Foreign Ministry Spokeswoman Maria Zakharova accused the West of having shown indifference about Russian civilian casualties that have been caused by the outbreak of “firing incidents.”

Zakharova said to date 123 casualties, 93 of whom are Russian, have occurred and 215 buildings have been damaged.

“Untouched by this state of affairs, the United States and other NATO countries have been carrying on with their military expansion into Ukrainian territory by providing military assistance to Kiev and encouraging its aggressive militaristic rhetoric,” Zakharova said. “This year, they intend to hold several joint military exercises at a much broader scale than last year.”

Zakharova later added, “The American lawmakers keep drafting one bill after another and coming up with various initiatives. On Ukraine, they emphasize that this is about reinforcing or guaranteeing its independence. At the same time, they draft bills on Russia, but there is nothing dealing with Russia’s independence in them.”

Tensions have continued to worsen between Russia and the West. Since the new year, Poland has warned that war with Russia was a strong possibility, and peace talks have repeatedly yielded little.

Despite his strident criticism, Lavrov said Russia would “never ‘wield a stick’ or say during the talks that we will ‘hit’ them if they do not act in a certain manner. We will respond to the actual developments as they unfold.”

Lavrov was not pressed on the efficacy of sending Russian troops into nations nearer the U.S.

Although it would not prevent conventional war, in early January the U.S., Russia, China, Great Britain, and France pledged to avoid nuclear war.