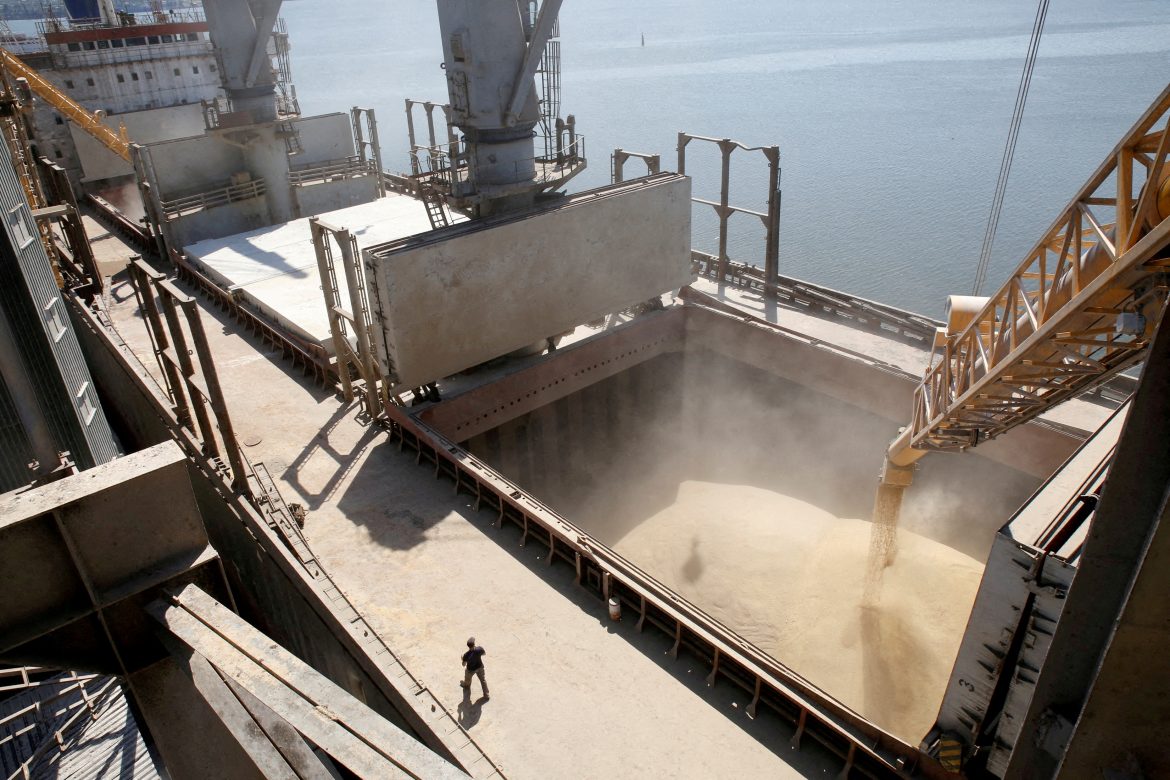 Kyiv has repeatedly accused Moscow of carrying out deliberate attacks on infrastructure and agriculture in an effort to create a global food crisis as a means of pressuring the West. Moscow blames the problem on Western sanctions.

The United Nations has been trying to broker a deal to resume exports of grain, cooking oils, fertilizer and other commodities from both countries which have been stalled by Russian blockades in the Black Sea.

Russia said last week that it offered “safe passage” for grain shipments from Ukraine only if the area is cleared of mines, adding that it is not responsible for establishing safe corridors. Turkey, which is acting as a mediator in the ongoing discussions, suggested that ships can be guided around the sea mines.

“Since the location of the mines is known, certain safe lines would be established at three ports,’ Turkish Foreign Minister Mevlut Cavusoglu said.

Russia’s military captured two more villages in eastern Ukraine Thursday and is said to be fighting fiercely for control of a key highway in the region.

Ukraine’s general staff said Russian forces gained control of the villages of Loskutivka and Rai-Oleksandrivka, and were trying to capture Syrotyne outside of Sievierodonetsk, the Associated Press reported.

Britain’s defense ministry said that Ukrainian forces were forced to withdraw from some areas near the city of Lysychansk.

“Some Ukrainian units have withdrawn, probably to avoid being encircled,” the statement said. “Russia’s improved performance in this sector is likely a result of recent unit reinforcement and heavy concentration of fire.”

Sievierodonetsk has been under heavy attack for weeks, with Moscow launching a near-constant barrage of artillery and air raids and engaging in house-to-house fighting with Ukrainian troops. Ukrainian forces remain holed up at the Azot chemical plant on the city’s edge, where roughly 500 civilians are sheltering, drawing grim comparisons to a near-identical scenario in Mariupol at the Azov steelworks facility that fell to the Russians last month, after which thousands of Ukrainian defenders were taken prisoner.

Ukraine’s military said Moscow is also positioning its forces to overtake a hilly region in the southwest overlooking a highway that links Lysychansk to Bakhmut in an attempt to cut supply lines to Ukrainian forces.

European Union leaders on Thursday are expected to grant Ukraine candidate status to join the 27-nation bloc, though it could be years before Kyiv achieves full membership, the Associated Press reported.

Several EU diplomats, who spoke on condition of anonymity ahead of the summit in Brussels, said Ukraine will receive the unanimous approval that is required to begin discussions on its membership.

EU nations have been united in their support for Ukraine’s resistance to Russia’s invasion, almost unilaterally agreeing to impose unprecedented sanctions on Moscow, but some members were initially hesitant to fast-track Ukraine’s membership in the political and economic alliance, particularly Denmark, the Netherlands, and Sweden.

The ongoing debate took a decisive turn in Ukraine’s favor, however, when the European Commission, the EU’s executive arm, gave its stamp of approval to the bid. Kyiv’s chances were further boosted last week when the leaders of France, Germany, Italy, and Romania vowed to back its candidacy during a joint visit to the war-torn country.

Ukrainian President Volodymyr Zelenskyy said he has spoken with several EU leaders in recent days and predicted that the Brussels summit will be an “historic session of the European Council.”