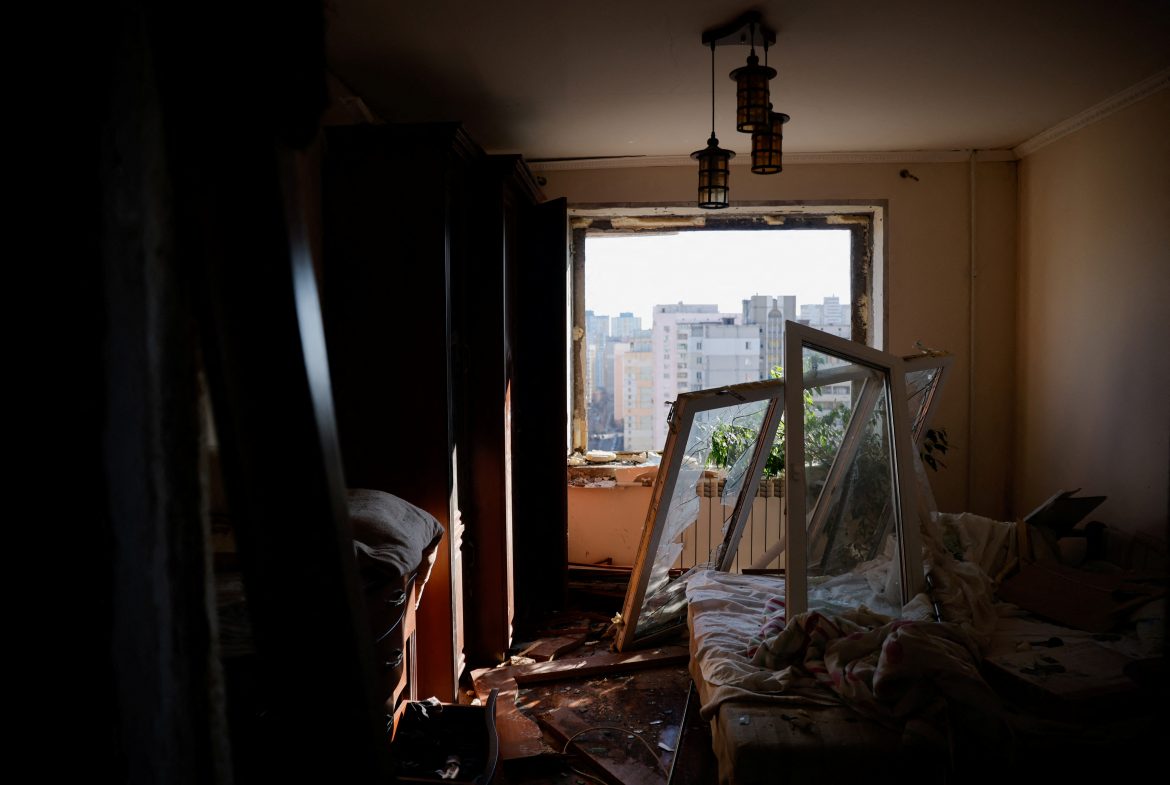 Russian missiles once again struck at NATO’S doorstep overnight. At least six strikes were reported in and around an aircraft repair plant in Lviv situated just over 40 miles from Ukraine’s border with Poland, according to multiple sources. Two of the missiles were struck down by Ukrainian forces. The plant, which was destroyed, was likely targeted by Russian forces who believed it was being used to repair warplanes; however, Ukrainian officials have said the facility served domestic planes and has been closed since the start of the war. It is unclear at this time if there were any casualties.

Russian forces largely stalled outside major cities in Ukraine have taken to launching missiles from a distance as they begin digging into defensive positions. The setback is one of a growing number of indicators suggesting that the Kremlin’s military strategy continues to derail.

Russia’s military forces appear to be suffering from supply shortages, and commanders are struggling to sustain their troops in combat, according to a senior Pentagon official who spoke to reporters Thursday on condition of anonymity.

Putin’s forces are “basically frozen around the country on multiple lines of axes, struggling to fuel themselves and to feed their troops and to supply them with arms and ammunition,” the official said.

Troop morale has also taken a significant hit as the war stretches into its third week, according to a Department of Defense report released Thursday.

“We have anecdotal indications that Russian morale is flagging,” said a senior Pentagon official, noting “poor leadership, lack of information that the troops are getting about their mission and objectives, and…disillusionment from being resisted as fiercely as they have been.”

Ukraine’s Armed Forces said the Ukraine military has destroyed more than 1,200 Russian armored personnel carriers, 640 vehicles and 404 tanks since the start of the invasion. They have also reported over 14,000 Russian casualties, among which are several top officers, including four generals.

Pentagon officials on Wednesday said the growing number of Russian casualties will likely trigger Russian President Vladimir Putin to send in replacement troops as a means of offsetting war losses.

“We have seen them deliberate and discuss the possibility of resupply to include replacement troops,” a Pentagon senior defense official said. “But we don’t have—we haven’t seen any indications that anything is moving right now outside of what they have already in Ukraine. But we know they said that they are suffering losses every day; losses of people, losses of equipment, losses of aircraft.”

An American who had traveled to Ukraine to seek medical help for his Ukrainian partner was among 10 civilians killed by Russian troops as they waited in line for bread Wednesday, according to the man’s sister.

“My brother Jimmy Hill was killed yesterday in Chernihiv, Ukraine. He was waiting in a bread line with several other people when they were gunned down” Cheryl Hill Gordon wrote on Facebook Thursday, adding that “His body was found in the street by the local police.”

President Zelenskyy thanked President Biden for his decision to send additional military aid during his nighttime video address to the nation but said he will not reveal further details about what all is included in the package, according to Reuters. Biden made the announcement Wednesday following Zelenskyy’s direct appeal to Congress for more help.

Zelenskyy went on to say the Kremlin expected an easy victory in Ukraine, similar to its seizure of Crimea in 2014, and has widely miscalculated Ukraine’s determination to fight and the strength of its defenses.

Zelenskyy also signaled that details of ongoing negotiations between Ukraine and Russia to broker a peace deal will not be made public, saying Ukraine’s negotiators will operate “more in silence than on television, radio or on Facebook,” adding “I consider it the right way.”

President Biden is slated to have a phone call with Chinese President Xi Jinping Friday amid concerns that China may plan to aid Russia in its war against Ukraine.

White House press secretary Jen Psaki said the call is part of the Biden administration’s “ongoing efforts to maintain open lines of communication” between the United States and China, adding that China’s continued refusal to condemn Putin’s actions “speaks volumes not only in Russia or in Ukraine, but around the world.” Psaki said Biden will discuss the “potential implications and consequences” of Beijing’s “alignment with Russia” during the call.

The call comes a day after German news agency Bild reported that Russian Foreign Minister Sergei Lavrov was allegedly on a flight headed to Beijing Thursday when the plane abruptly turned back midway, returning to Moscow. The report fueled speculation that China may have refused to meet with a Russian official or that Putin may have called Lavrov back to Russia. The story has been shared by several U.S. media outlets, though none so far have independently verified the report.

Several pundits have suggested that President Xi may regret his recent and very public reaffirmation of China’s alliance with Russia in light of Putin’s protracted war, military failures, and increasingly brutal attacks on Ukrainian civilians that have been overwhelmingly condemned across the globe.

Kremlin responds to Biden’s remark that Putin is ‘war criminal’

The Kremlin on Thursday called President Biden’s remark that Putin is a war criminal “unacceptable and unforgivable rhetoric,” according to Reuters. Moscow continues to say it is conducting a “special military operation” to disarm and “denazify” Ukraine and denies that Russian forces have targeted civilians.

U.S. Secretary of State Antony Blinken on Thursday said he concurs with Biden’s assessment that war crimes have been committed in Ukraine, adding that evidence is being gathered.

“Personally, I agree,” Blinken said during a news conference at the State Department.

“Intentionally targeting civilians is a war crime,” he continued, pointing out that it is “difficult to conclude that the Russians are doing otherwise” in light of the daily evidence of death and destruction Putin has inflicted on the Ukrainian people. Blinken referenced bombings of hospitals, schools, and, most recently, a Mariupol theater where civilians were sheltering, adding that they are part of “a long list of attacks on civilian, not military, locations across Ukraine.”

“We’ll make sure that our findings help international efforts to investigate war crimes and hold those responsible accountable,” Blinken said.

The Urgent Need to Share the Gospel: An Encouragement from the Life of St. Patrick