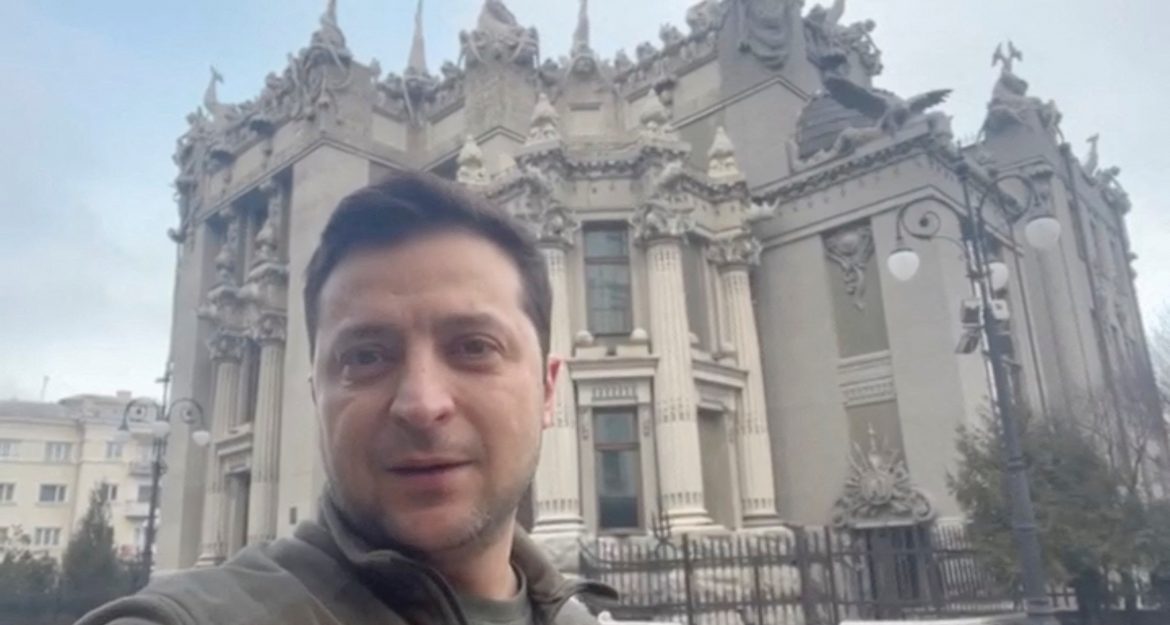 As part of their ongoing invasion efforts in Ukraine, the Kremlin has deployed over 400 mercenaries to Kyiv in order to assassinate Ukranian President Volodymyr Zelenskyy and other top officials in the Ukrainian government, according to a new report.

The Times of London is reporting that Ukraine received intelligence on Saturday that the Wagner Group, a private military company believed to be owned by Russian President Vladimir Putin’s ally Yevgeny Prigozhin, flew in between 2,000 and 4,000 mercenaries in January from Africa, who then entered Ukraine through Belarus. 400 of them were sent to Kyiv with the mission to help topple the Ukrainian government so that Russia can install a puppet regime. According to The Times, the mercenaries were offered “a handsome financial bonus” if they should succeed.

Upon learning of the plot on Saturday, the Ukrainian government instituted a “hard curfew” in Kyiv between 5 p.m. and 8 a.m. for the next 36 hours so that they could sweep the city for Russian agents. “All civilians who will be on the street during the curfew will be considered members of the enemy’s sabotage and reconnaissance groups,” tweeted Klitschko. “Please treat the situation with understanding and do not go outside.”

Ruslan Trad, an expert on the Wagner Group, told the Independent that it was unusual for the group to be sent on assassination missions, and that the Russians have special forces, such as the spetsnaz, more suited for the task. Experts speculate that Putin is using the Wagner Group in order to maintain plausible deniability should they succeed in killing Zelenskyy.

A source also told The Times that Putin ordered the Wagner Group to pause their mission briefly on Monday as Russia and Ukraine engaged in peace talks in order to make his negotiations seem genuine. However, the source revealed that Putin had told the group that the peace talks were meant as “smoke and mirrors,” and that he had no intention of negotiating with Ukraine.

This is not the Wagner Group’s first involvement in the Russia-Ukraine conflict. In 2014, Wagner soldiers fought alongside Russian troops as they annexed the Crimean Peninsula from Ukraine.

The Wagner Group has also been involved in armed conflicts in the Middle East, Africa, and Latin America and have been sanctioned by the U.S. and E.U. for serious human rights abuses, including torture and extrajudicial killings. The U.N. is currently investigating reports that the group is responsible for killing more than 30 civilians in the Central African Republic on Jan. 16. They also have been involved in civil wars in Mozambique, Libya, and Sudan, and in the tracking down and brutal killing of a Syrian army deserter in 2017.

Airbnb to house up to 100,000 Ukrainian refugees