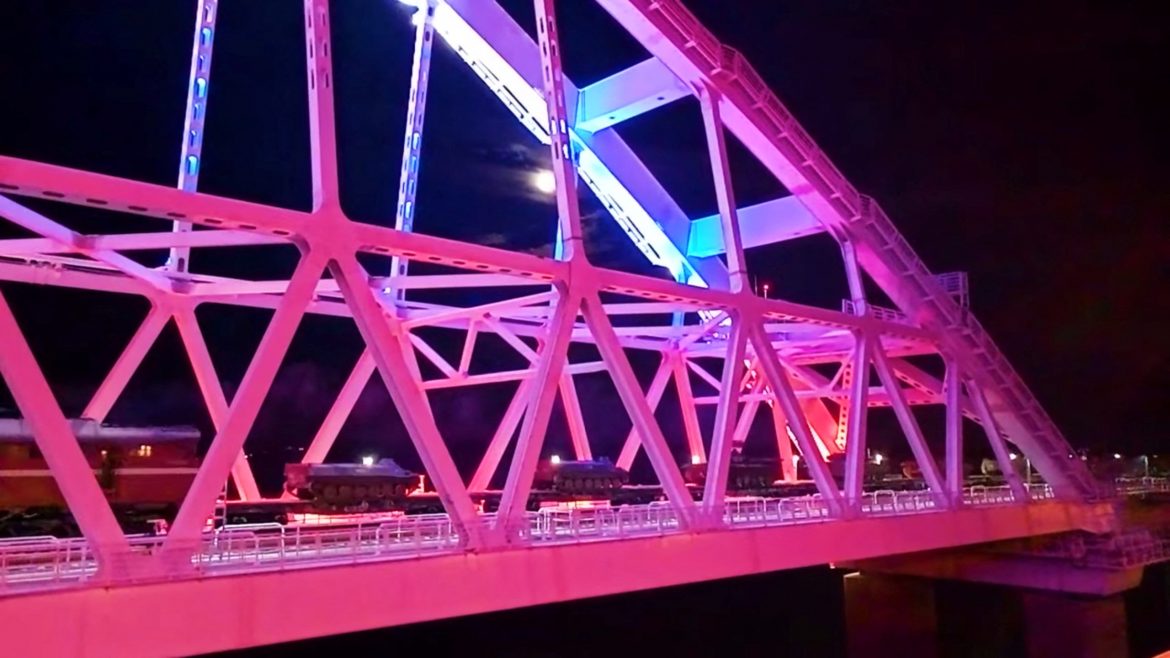 Western countries say Russia has added more troops to its military buildup at Ukraine’s border, contradicting Moscow’s claims that it had begun pulling troops back. A senior White House official on Wednesday said up to 7,000 more Russian troops have moved to the border, according to Reuters, but offered no evidence to back up the claim. Britain’s defense intelligence chief, in rare public comments, noted the presence of additional armored vehicles, helicopters, and a new field hospital.

The East and West remained locked in their standoff over Ukraine in a struggle over post-Cold War power and energy supplies. The intense stalemate surrounds Russia’s fears that NATO will expand eastward and the West’s refusal to provide guarantees it won’t.

Western nations have proposed arms control agreements as an alternative to Russia’s security demands while urging their citizens to leave Ukraine, citing an imminent attack.

“We continue to see critical units moving toward the border, not away from the border.”

President Biden said the threat of a Russian invasion remains “very high” during a press briefing this morning, adding, “My sense is this will happen within the next several days.”

Biden said a “clear diplomatic path” still remains open, which he said he made clear to Russian President Vladimir Putin during a phone call between the two leaders Sunday. When asked if he plans to speak with Putin again, he replied, “I’m not calling Putin.  I have no plans to call Putin right now.”

Intelligence coming out of NATO member Estonia indicates that approximately 10 Russian battle groups of troops have been spotted moving toward the Ukrainian border ahead of a likely attack, where it is now estimated that 170,000 are massed, according to Estonian Foreign Intelligence Service Director Mikk Marran. The number exceeds earlier reports of 130,000, then 150,000, that emerged this week. Marran added that a Russian attack will likely include missile bombardment and the occupation of “key terrain.”

“If Russia is successful in Ukraine, it would encourage it to increase pressure on the Baltics in the coming years,” he said. “The threat of war has become the main policy tool for [Russian President] Putin.”

Russia’s defense ministry said its forces were beginning to pull back this week from exercises in military districts near Ukraine and even published a video showing tanks, howitzers, and other military hardware leaving the Crimean Peninsula but provided no information as to where they were heading.

NATO, however, says it can prove Russia is lying about the pull-back with satellite imagery. “More troops are on their way,” said Secretary-General Jens Stoltenberg.

Meanwhile, NATO military commanders are drawing up plans for the potential deployment of new combat units to Bulgaria, Hungary, Romania and Slovakia, in addition to those already dispatched to Poland and the Baltic states. According to Reuters, the intention behind the deployments is to buy time for additional troops to reach the front line if necessary.

“No one can love our home as we can. And only we, together, can protect our home,” Zelinsky said during his “Unity Day” address. That same day, his government said it was hit with the worst cyberattack the country had ever seen. Russia denies that it is behind the attack.

Moscow responded to threats of heavy sanctions from the West as retribution for an attack by leveraging its control over Europe’s energy supplies, announcing it is prepared to reroute energy exports to other markets.

Finance Minister Anton Siluanov said sanctions against Russian banks would be “unpleasant” but the state would ensure all bank deposits and transactions were secured.

Moscow, meanwhile, continues to accuse the West of inciting hysteria with war propaganda. For now, diplomatic efforts to de-escalate continue.