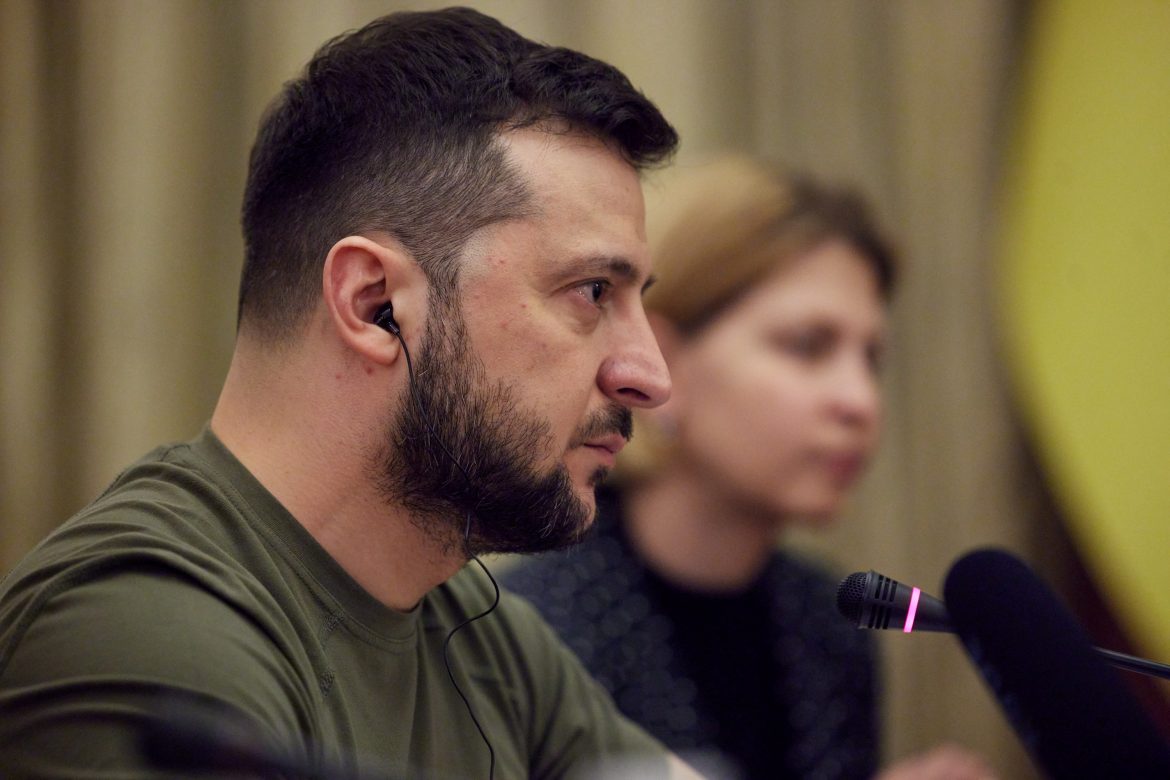 Russian soldiers departed from a small town near the Ukrainian capital of Kyiv. They left behind the bodies of civilians. The resulting images have drawn global condemnation and ire. Although Russia denies slaughtering civilians, the Ukrainian president described the atrocity as “genocide” and extermination.

On Saturday, Ukrainian soldiers moved into the town of Bucha after Russian invaders abandoned the area. They found bodies of civilians left behind.

“Indeed, this is genocide. The elimination of the whole nation and the people,” Ukrainian President Volodymyr Zelenskyy said in today’s “Face the Nation” program. He used a translator to make the address aired on CBS Network.

He stated, “We are the citizens of Ukraine, and we don’t want to be subdued to the policy of Russian Federation. This is the reason we are being destroyed and exterminated.”

Russia denied responsibility for the citizens’ deaths. Its defense ministry issued the following statement: “All the photos and videos published by the Kyiv regime, allegedly testifying to the ‘crimes’ of Russian servicemen in the city of Bucha, Kyiv region, are another provocation.”

They called the images and video footage “another staged performance” designed to gain the sympathy of Western superpowers. They claimed their soldiers were innocent of the allegations, having left on March 30 without “a single local resident” suffering from Russian violence.

The Mayor of Bucha contradicted this on Saturday, stating that 300 residents had been killed during the month that Russian troops possessed the town. Reuters verified the existence of a mass grave and the presence of victims left in the streets.

Russia has not commented further on the matter. The discovery of the bodies has drawn global condemnation and ire.

It’s just another example verifying the Human Rights Watch’s statement on “apparent war crimes” committed by the Russian military against civilians. The organization released a statement this morning saying they had found “several cases of Russian military forces committing laws-of-war violations.” According to the group, these atrocities were committed in the Chernihiv, Kharkiv, and Kyiv regions.

“The cases we documented amount to unspeakable, deliberate cruelty and violence against Ukrainian civilians,” said Hugh Williamson, the Europe and Central Asia director for the rights group. “Rape, murder, and other violent acts against people in the Russian forces’ custody should be investigated as war crimes.”

French President Emmanuel Macron called the images “unbearable” in a Sunday Twitter post. The nation’s foreign affairs minister released a statement vowing for France to work with Ukrainian authorities and the International Criminal Court to bring those responsible for Bucha as well as other war crimes to justice.

U.S. Secretary of State Antony Blinken described the photos as a “punch in a gut.”

“There needs to be accountability,” he said. “But I think the most important thing is we can’t become numb to this. We can’t normalize this. This is the reality of what’s going on every single day as long as Russia’s brutality against Ukraine continues.”

However, he did not directly answer whether the Biden Administration believed Russian troops had engaged in an attempted genocide. He also did not answer if the invaders who had recently withdrawn from Kyiv were regrouping before renewing the assault or transferring to other regions.

Jens Stoltenberg, the NATO secretary-general, said the civilian slaughter was “brutality” not witnessed for decades within Europe.

Ukraine has begun petitioning for more sanctions on Russia in response to the massacre. Andriy Sybiha and Dmytro Kuleba, the nation’s deputy head of the presidential office and foreign minister, called on major Western economic powers to extend sanctions to all Russian banks, closing ports completely to their ships, and placing a full embargo on trade.

“The current sanctions are not having enough of an effect as the war is continuing,” Sabiha said.

Additionally, the International Committee of Red Cross (ICRC) attempted an evacuation of Mauripol this weekend, which has been encircled and cut off from supplies by Russian troops for over a month now. The situation in the city has been labeled critical. However, Friday’s attempt at a rescue convoy fell apart amid tensions with Russian troops.

On Saturday, a second attempt was declared a failure by Moscow. However, ICRC said the rescue effort was ongoing with the situation “volatile and subject to rapid changes.” They were not permitted to bring humanitarian aid into the city, and there have been no public statements on the success or failure of this operation.