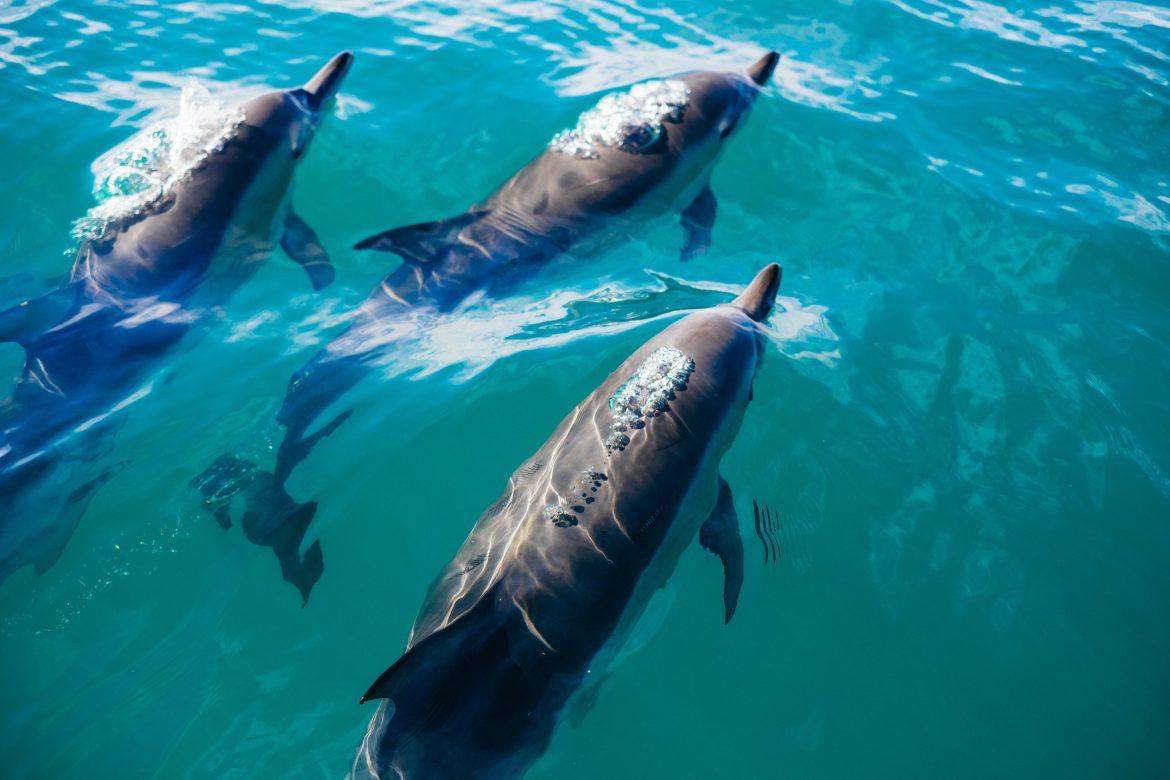 The U.S. Naval Institute reports that Russia has added dolphins to its arsenal in the country’s two-month war with Ukraine. The Russian navy deployed a unit of military-trained dolphins to the Black Sea, according to a USNI report published Thursday.

The article includes time-lapsed satellite images provided by Maxar Technologies which show that two dolphin pens were placed inside a sea wall at the Sevastopol harbor naval base off the Crimean peninsula in February around the same time Russia invaded Ukraine.

NEW: Russia has deployed trained dolphins to protect a Black Sea naval base at Sevastopol in occupied Crimea (yes, really)

Here is 1 of 2 dolphin pens placed at the entrance to the harbor. 🇷🇺 dolphins could theoretically stop Ukrainian divers trying to access the base

The USNI theorizes that the dolphins are likely involved in counter-diver operations, noting that Russian naval ships that have been positioned just outside of the range of Ukrainian missiles still face the risk of underwater sabotage.

Moscow relinquished the base to Ukraine following the 1991 collapse of the Soviet Union but resumed control when it seized the Crimean peninsula in 2014. Since then, it has reinvigorated its military marine mammal program.

During the Cold War, the former Soviet Union began training bottlenose dolphins, beluga whales, and sea lions at its Cossack Bay research oceanarium to carry out military tasks which included mine detection and carrying explosives to enemy ships where they would detonate on contact. At one point, Soviet trainers boasted that their marine mammals could even distinguish the sounds made by Russian submarines from those of enemy vessels.

After Ukraine took jurisdiction of the Sevastopol oceanarium in ‘91, the number of marine mammals fell dramatically. UNSI reported in 2000 that Crimean officials sold over two dozen dolphins, beluga whales, sea lions, and walruses to Iran. A report published at the time indicated that the animals had been “trained to kill enemy divers and blow up ships.”

In March of 2016, the Russian military purchased five bottlenose dolphins. At the same time, military sources noticed an increase in manpower at the oceanarium in Sevastopol. Both signs led them to believe Russia was shoring up its marine mammal training program.

The Kremlin also operates a military marine mammal program in the Arctic that includes beluga whales and seals but no dolphins, whose bodies are not well-suited to the extreme cold.

The BBC in 2019 reported that a beluga whale wearing a Russian military harness and mounted camera had surfaced off the coast of Norway. Norway’s intelligence agency conducted an investigation and later concluded the whale was likely a part of a Kremlin research program.

UNSI said that the U.S. is the only other country in the world known to use dolphins for military purposes.