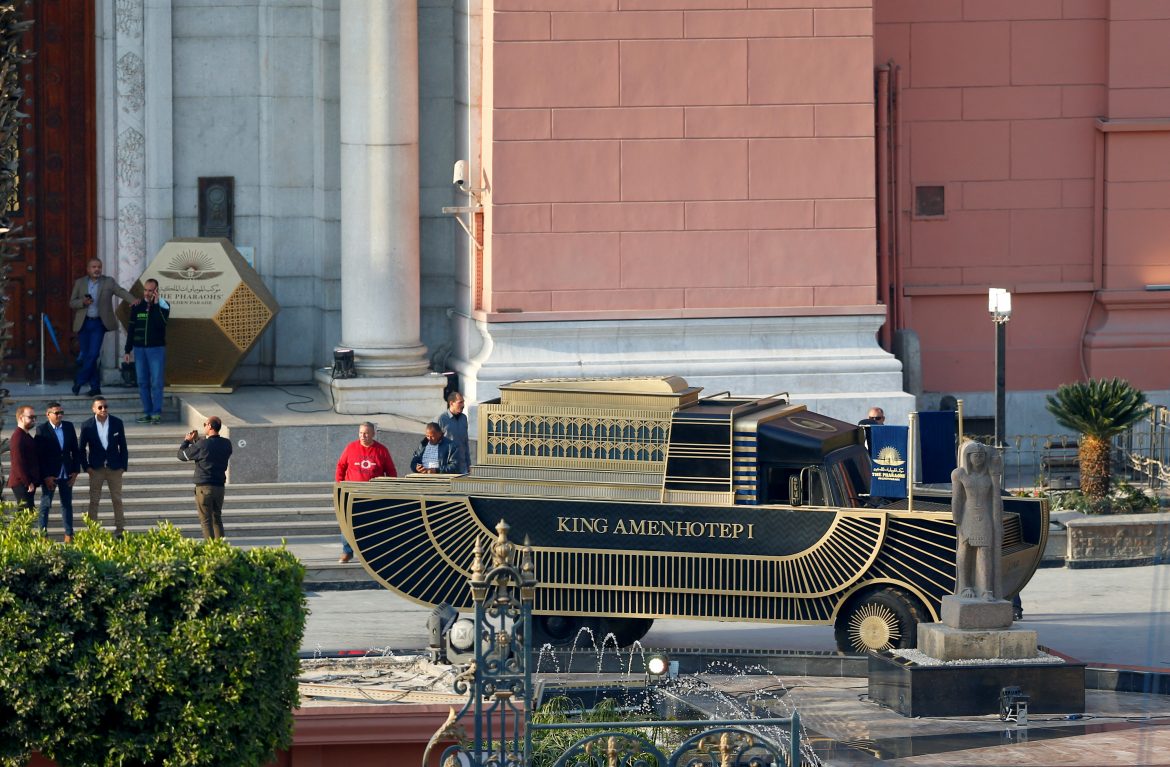 Researchers have used digital technology to take the first accurate look inside the mummy of King Amenhotep I , which has remained unwrapped in modern times, according to a study published on Tuesday.

The scans revealed details about the appearance and mummification the 18th Dynasty king, who ruled Egypt from about 1525-1504 BC and was the son of New Kingdom founder Ahmose I.

Amenhotep’s mummy, adorned with decorations on its linen wrapping and its funerary mask, was found along with those of other kings and queens in a cache in Luxor in 1881 and transferred to Cairo.

Because of efforts to preserve the decoration, it was one of few royal mummies not to be physically unwrapped and examined in the modern era, according to the study in Frontiers in Medicine, a peer-reviewed medical journal.

In 2019, Egyptologist Zahi Hawass and Cairo University professor Sahar Saleem used a computed tomography (CT) machine to “digitally unwrap” the mummy before it was moved to a new collection at Cairo’s National Museum of Egyptian Civilization.

The results of their study, published on Tuesday, showed that Amenhotep’s face resembled that of his father, and estimated his age at death to be 35 years, though no cause of death was clear, according to a statement from Egypt’s antiquities ministry. It appeared to show that he was the first king to be embalmed with his forearms crossed on his body, and proved that his brain was not removed, unlike those of most New Kingdom kings.

The scans also revealed 30 amulets or pieces of jewellery buried with the mummy, including a belt of 34 gold beads, showing that 21st Dynasty priests who rewrapped the mummy took care to preserve its ornaments, the ministry statement said.

During the reburial, the Theban priests re-attached Amenhotep’s head and repaired other postmortem injuries likely inflicted by tomb robbers, according to the study.

FISM News 2021 in Review | Everything Else From the Year