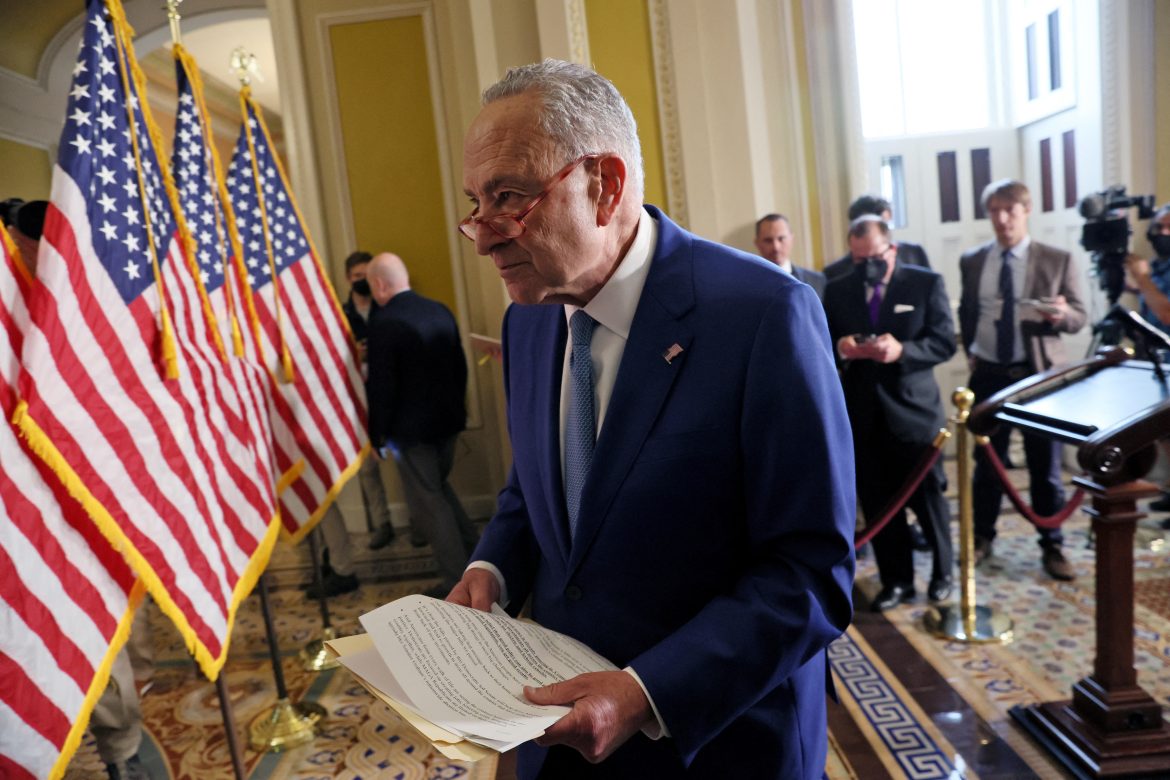 As the midterms draw near, Senate Democrats are looking for some last-minute wins.

Senate Majority Leader Chuck Schumer said on Monday that the chamber will vote this week on legislation that would require the disclosure of super PAC donors and dark money groups that donate ten thousand dollars or more during an election cycle.

Senator Sheldon Whitehouse (D-R.I.) proposed the legislation, known as the DISCLOSE Act, as early as April of 2021. Schumer said the purpose of the legislation is to let the public know who is trying “to sway our democracy.”

I’m announcing that the Senate will vote this week on the DISCLOSE Act.

This bill would fight the cancer of dark money in our elections and require dark money groups to report campaign contributions.

Americans deserve to know who's spending billions to sway our democracy.

In a statement obtained by The Hill, Schumer said he had wanted to bring this bill to the Senate floor for some time and thanked Sen. Whitehouse for his leadership on the effort.

“When was the last time any of us heard voters say it’s better for billionaires and special interests to buy elections in secret, rather than be held accountable to the public? Of course, they don’t think that! Unless they themselves are the ones cutting the multi-million dollar checks,” Schumer reportedly said in the statement.

The bill itself says that finance disclosure for political campaigns “is a narrowly tailored and minimally restrictive means to advance substantial government interests.” In addition, “Congress should close loopholes allowing spending by foreign nationals in domestic elections.”

The bill will accomplish its goals by amending “the Federal Election Campaign Act of 1971 to provide for additional disclosure requirements for corporations, labor organizations, Super PACs and other entities, and for other purposes.”

The bill is cosponsored by all Senate Democrats and independents, giving it at least 50 votes in approval when it hits the Senate floor. Unless it is passed under budget reconciliation, the bill will need 10 Republicans to vote in favor in order to pass the chamber.

Senate Republicans had previously prevented a similar bill from passing back in July of 2012. At the time, Senator Mitch McConnell (R-Ky.) claimed that the bill served “two discernible purposes: to create the impression of mischief where there is none, and to send a signal to unions that Democrats are just as eager to do their legislative bidding as ever.”