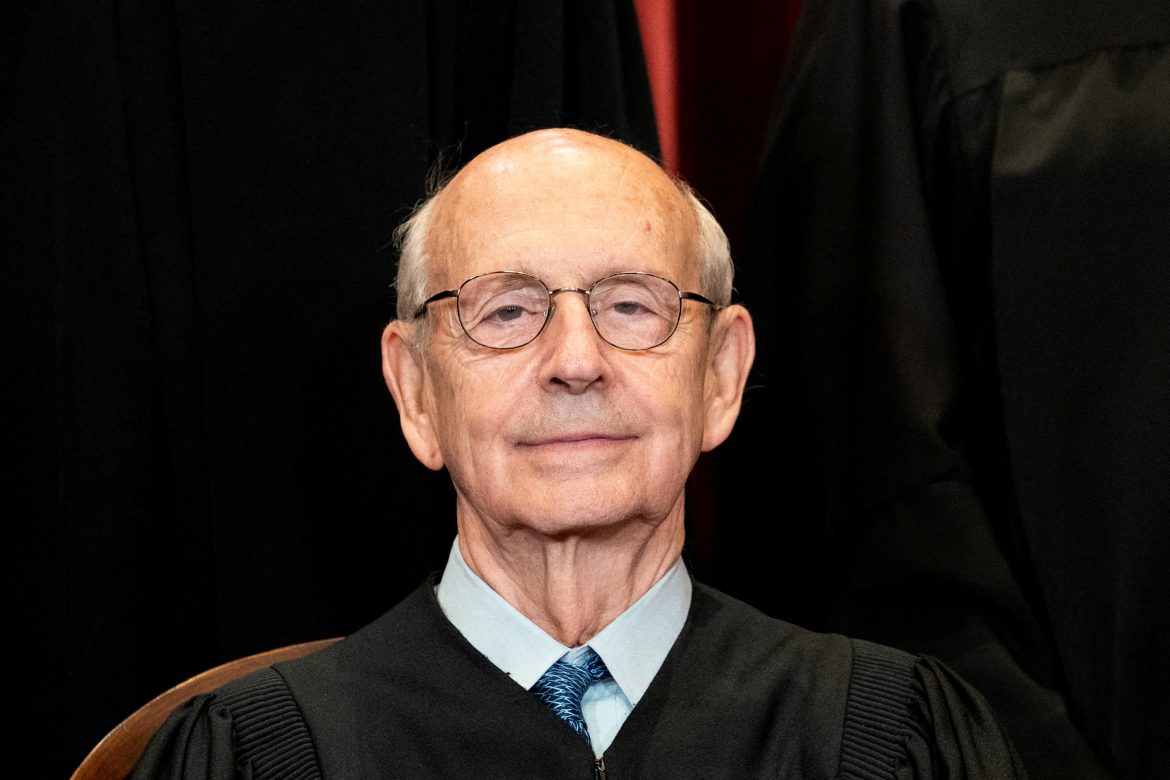 Supreme Court Justice Stephen Breyer has disclosed that he intends to retire at the end of the high court’s current term, providing President Biden an opportunity to appoint a younger, more liberal justice in his place.

At 83, Justice Breyer is the oldest sitting judge and has served over 20 years on the court. He has been described as a pragmatic decision maker, taking into consideration the way his choices would affect the majority of people.

Jeffrey Rosen, a law professor and president of the National Constitution Center, explained that Breyer’s pragmatic vision “of compromise and moderation were ascendant and all of the unanimous decisions were a moving tribute to his inspiring legacy.”

Breyer authored several decisions made by the court, including the Affordable Care Act, as well as defending the free speech of students off-campus including communication on social media websites. He also advocated for abortion rights and questioned the validity of the death penalty, calling it a modern “cruel and unusual punishment,” and legalized gay marriage in the landmark 2015 case.

Breyer was appointed as a justice in 1994 under President Bill Clinton’s term. Progressives have insisted Breyer retire from the moment President Biden took office in hopes of electing a more liberal justice to defend far-left leaning policies. When President Biden was elected, he made a statement saying, “I’m looking forward to making sure there’s a black woman on the Supreme Court, to make sure we in fact get every representation.”

Many Democrats are still fuming over President Obama’s SCOTUS nominee that the GOP-led Senate blocked in 2016, allowing President Trump to replace Scalia with a conservative justice. Additionally, there is much resentment for Justice Amy Coney Barrett, appointed in 2019 by President Trump as his term came to an end.

Presently SCOTUS sits at a 6-3 conservative majority. While the appointment made by President Biden will not shift the bench, any time a Supreme Court seat opens the stakes are high.

WH Press Secretary Jen Psaki tweeted, “It has always been the decision of any Supreme Court Justice if and when they decide to retire, and how they want to announce it, and that remains the case today. We have no additional details or information to share from @WhiteHouse.” President Biden also commented that no official resignation has been given to the WH and whenever the justice decides to do that, Biden will be open to conversation.

Although there has not been an official announcement from the WH, several news agencies have confirmed that Breyer himself informed them of his decision to retire.

Breyer’s nomination to the high court was the last one with fewer than 10 dissenting votes at a count of 87-9. He has always been an advocate cautioning the view that justices are politicians in robes. He is quoted saying, “It is wrong to think of the Court as another political institution.”

Sen. Chuck Schumer stated that America owes Justice Breyer a debt of gratitude for his service, as well as making it clear the process to appoint a nominee by President Biden will be pushed through speedily.

NEW: Sen. Chuck Schumer vows that Pres. Biden's nominee to replace Justice Stephen Breyer "will receive a prompt hearing in the Senate Judiciary Committee, and will be considered and confirmed by the full United States Senate with all deliberate speed.” https://t.co/HVW2XL5pef pic.twitter.com/AvQkQwLnfY

The rush to appoint a new justice is in direct relation to the Senate’s current 50-50 split. With Vice President Harris’s vote the left can pass a nominee through with a simple majority if all Democrats vote along party lines. However, as midterm elections come up in November, the left could lose control in both branches and along with it the ability to pass through a Supreme Court nominee.

17 girls kidnapped in Nigeria by ISIS