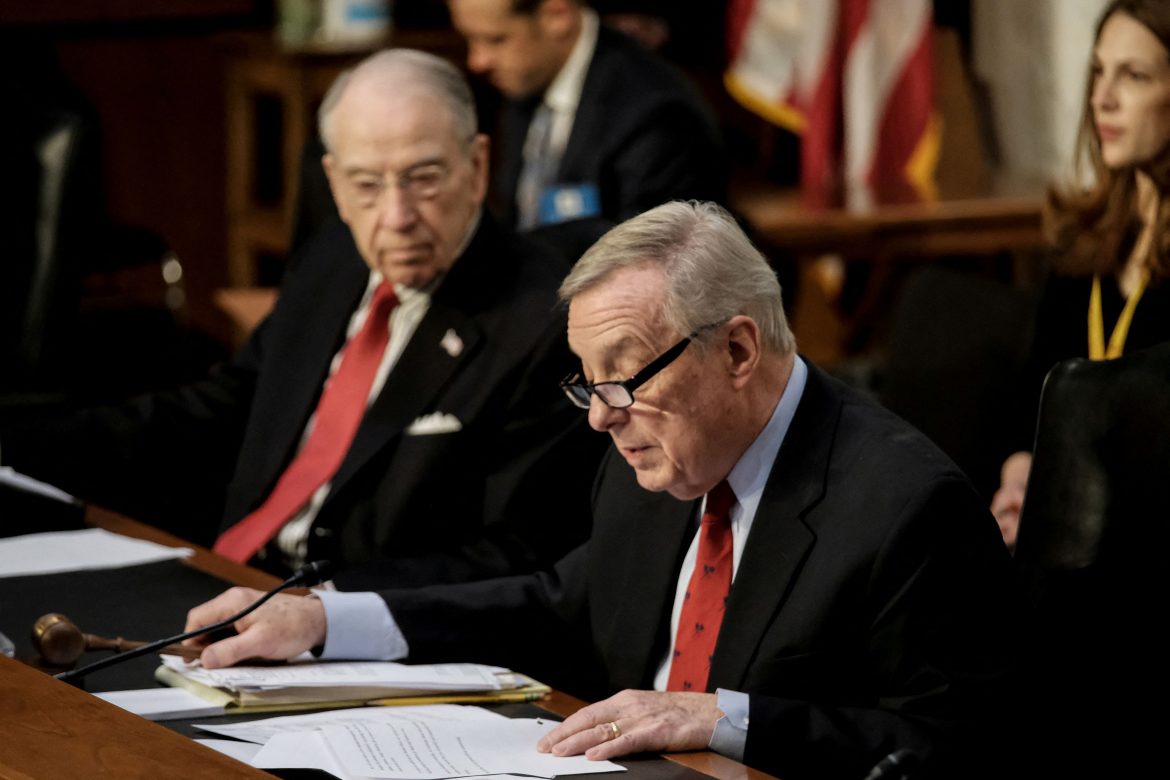 Republican senators grilled Jackson on her history of consistently meting out lenient sentences that fell well below prosecutorial recommendations, according to Reuters. Jackson said that she stood behind these decisions, saying they were based upon Congressional requirements that sentencing should be “sufficient but not greater than necessary.”

Sen. Ted Cruz (R-Texas) produced a chart listing several cases over which Jackson presided in which she handed down sentences that ranged from between 14 to 80 percent below what the prosecutor had requested.

“Do you believe the voice of the children is heard when 100 percent of the time you’re sentencing those in possession of child pornography to far below what the prosecutors asking for?” Cruz asked.

“Yes Senator, I do,” Jackson replied.

Following Tuesday’s hearing, Cruz said that he found her sentencing history to contain a “disturbing pattern.”

Judge Ketanji Brown Jackson did not provide a good explanation about why she repeatedly gave light sentences to sex offenders.

It really is a disturbing pattern. pic.twitter.com/7Kw1tfTNFp

Sen. Josh Hawley (R-Mo.) asked Jackson about one of the cases, United States vs. Hawkins, in which Jackson sentenced the offender to three months – an 80% reduction from the prosecutor’s request – and then proceeded to apologize to the defendant on record.

Finally, Judge Jackson apologizes, telling the defendant she feels “so sorry” for him because “sex offenders are truly shunned in our society.” pic.twitter.com/lP8vtQ7DtP

“Help me understand; Is he a victim? Is that your view?” Hawley asked.

Jackson said she rendered the decision after “doing the work of assessing a number of factors that are set forward by Congress, all against the backdrop of heinous criminal behavior.”

“I’m not questioning you as a person. I’m not questioning your excellence as a judge,” Hawley continued. “But you said you had discretion, and that’s what I’m doing — I’m questioning how you used your discretion in these cases. To me, to take a guy … [and] give him three months when, frankly, a liberal prosecutor is asking for two full years, it does seem like an extraordinary case.”

Sen. Tom Cotton (R-Ark.) later asked Jackson for her position on law enforcement and crime, asking directly whether she believes the U.S. needs more police or fewer police in the face of surging crime in major cities.

“I asked a simple question: Does the United States need more or fewer?” Cotton pressed after Jackson sidestepped the query.

“I will stay in my lane in terms of the kinds of things that are properly in the judicial branch,” said Jackson.

Jackson reiterated her commitment to “staying in my lane” when asked for her opinion on court-packing, declining to weigh-in on calls from several Democrats to expand the number of court justices in order to eliminate the conservative majority. Jackson said the matter is a “policy question for Congress.”

Sen. Dianne Feinstein (D-Calif.) asked Jackson for her opinion on an upcoming Supreme Court decision that could potentially overturn Roe v. Wade. The judge replied that she agreed with responses given by former President Donald Trump’s high court appointees who concluded that “Roe and Casey are the settled law of the Supreme Court concerning the right to terminate a woman’s pregnancy.”

Continuing on the topic of abortion, Sen. John Kennedy (R-La.) asked the judge when she believes life begins, to which she replied that she didn’t know.

“Do you have a belief?” Kennedy asked.

“I have personal religious and other beliefs that have nothing to do with the law in terms of when life begins,” Jackson said.

The subject of critical race theory also came up during the 13-hour hearing when Sen. Cruz called attention to a 2015 speech Jackson gave in which she said sentencing “melds together various types of law, criminal law and of course constitutional law, critical race theory.”

“So, you described in a speech to a law school, what you were doing was critical race theory. So, I guess I would ask what – what did you mean by that?” Cruz asked.

Cruz then asked Jackson if she believed critical race theory is being taught in schools at the K-12 level.

“I don’t know. I don’t think so,” she said. “I believe it’s an academic theory that’s at the law school level.”

The subject of gender ideology was broached by Sen. Marsha Blackburn (R-Tenn.) who asked the judge whether she could “provide a definition of the word ‘woman.’”

“No, I can’t,” Jackson said. When pressed by Blackburn again, she quipped, “I’m not a biologist.”

Nominated by Biden in February to replace retiring liberal Justice Stephen Breyer, Jackson, if confirmed, would become the first black woman to serve on the nation’s top judicial body. Barring any Democratic opposition, she is likely to get the job.