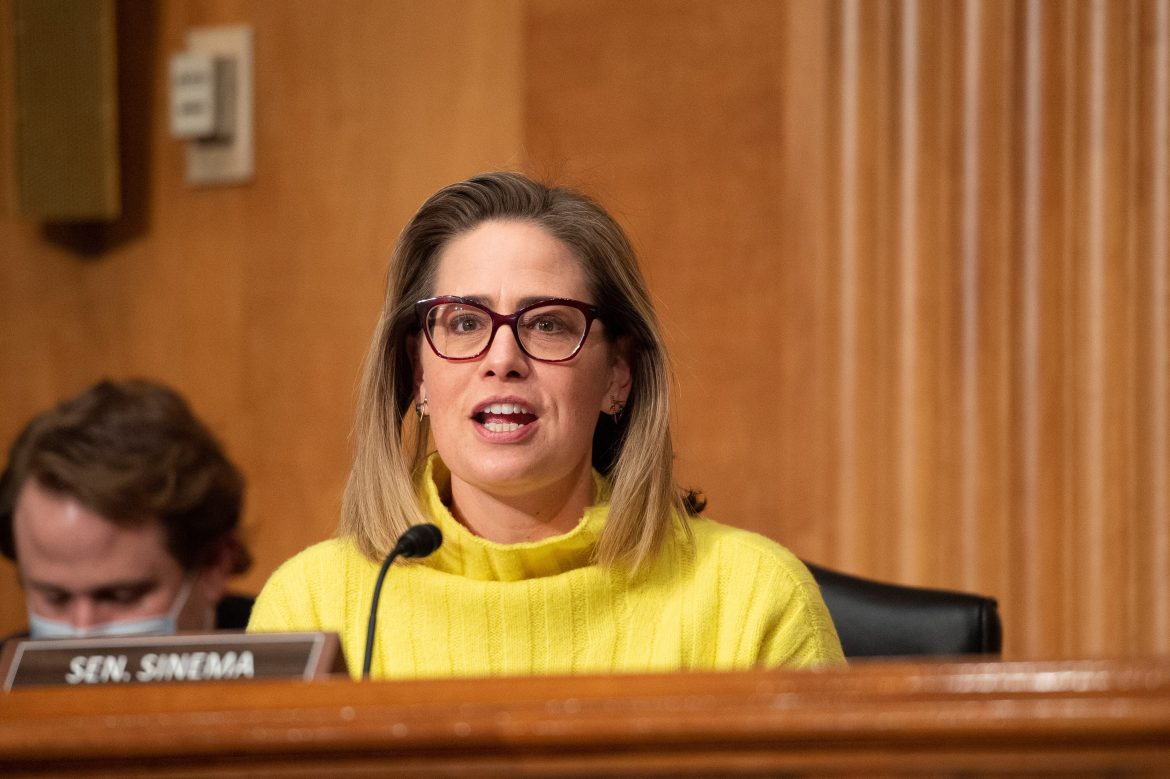 Democratic U.S. Senator Kyrsten Sinema said on Thursday she agreed to “move forward” on a $430 billion drug pricing, energy, and tax bill, subject to a Senate arbiter’s approval of the bill, which Democrats intend to pass over Republican objections.

The so-called Inflation Reduction Act is a paired down version of Biden’s Build Back Better budget bill that has been stalled in the Senate for the past several months due to Sens. Sinema and Joe Manchin

Senate Majority Leader Chuck Schumer said earlier on Thursday the chamber would convene on Saturday to vote on a motion to proceed and then begin debate on the bill.

The bill was introduced last week by Schumer and Democratic Senator Joe Manchin after they had reached a deal in negotiations on the bill.  It is seen as a key priority for Democrats and President Joe Biden ahead of November’s election battle for control of the U.S. Congress, as they are fighting an uphill battle amidst negative polling numbers.

The act will help people save money on prescription drugs and health premiums, Biden said in a statement on Thursday.

“It will make our tax system more fair by making corporations pay a minimum tax,” he said.

With the 100-seat Senate split 50-50, Democrats plan to pass the bill without Republican support through a parliamentary process known as reconciliation.

In order for it to pass, Democrats cannot afford to lose support from a single lawmaker. Sinema‘s agreement was a critical breakthrough, as it would seemingly place all 50 Democrats on board with the legislation. Another worry is COVID-19 since senators can only vote in person, so Schumer will need his full caucus to be present and healthy to pass the measure if Republicans remain unified in opposition.

Sinema said she had reached an agreement with other Democrats to remove a provision that would impose new taxes on carried interest. Without the provision, private equity and hedge fund financiers can continue to pay the lower capital gains tax rate on much of their income, instead of the higher income tax rate paid by wage-earners.

She cautioned that her agreement to “move forward” was subject to the review of the Senate parliamentarian. The parliamentarian has to approve the contents of the bill to allow it to move forward through the “reconciliation” process that Democrats plan to use to bypass the chamber’s normal rules requiring 60 Senators to agree to advance most legislation.

Schumer, in a statement, said, he believed he now had the votes to pass the bill.

While Democrats have hailed the bill as a positive step, a new report shows that it may place a further burden on the working class.

The Heritage Foundation reports that the budget reconciliation bill will require Americans to pay over half a trillion dollars more in taxes from their own pockets and that households making under $75,000 will carry roughly 26.5% of the new burden.

The Penn Wharton analytics model predicted that while the bill may reduce inflation in the long run, that it would increase inflation through 2024.

In a Fox Business interview yesterday, Sen. Ron Johnson (R-Wis.) said that the Inflation Reduction Act will have an Orwellian effect, saying, “It will do the exact opposite of what they say it will do.” He pointed to the fact that businesses will be taxed more under the act, which will be passed on to consumers, which will add to more inflation.