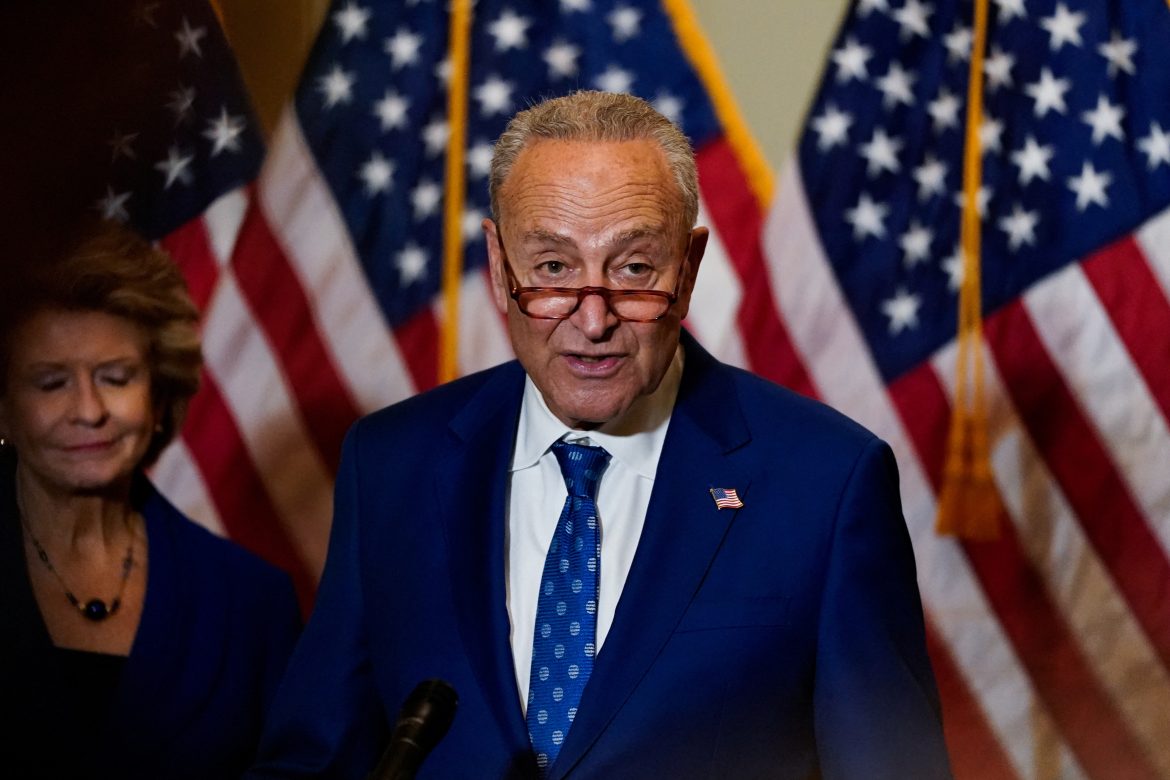 The bill passed by a vote of 65-to-33 as 15 Republicans joined all 50 Democrats in passing a bill that proponents say poses no threat to law-abiding gun owners and detractors warn is custom-made for abuse.

“The American people want their constitutional rights protected and their kids to be safe in school,” Senate Minority Leader Mitch McConnell said from the floor prior to the vote. “They want both those things at once. And that is just what the bill before the Senate will help accomplish.”

Among conservatives in the Senate, the notion of the bill being an afront to the Second Amendment was a common refrain.

“As I’ve said, no one wants to see guns in the hands of criminals,” Sen. Rand Paul (R-Ky.), one of the Republicans to vote no on the bill, tweeted. “No one wants to see tragedies like we saw recently in Texas. I’m both a law-abiding gun owner, and a parent, and I want our schools and kids safe. I also have a duty a US Senator to uphold the Constitution.

“I don’t vote for attacks on the Constitution. I offered amendments to fix the constitutional attacks included in the Democrat gun bill. Sadly my amendments were denied.”

I don’t vote for attacks on the Constitution. I offered amendments to fix the constitutional attacks included in the Democrat gun bill. Sadly my amendments were denied.

As previously reported on FISM, the act does not restrict the type of firearms citizens can purchase or possess, nor does it limit magazine sizes.

The act would fund improvements in mental health care, school safety upgrades, and crisis intervention, and provide financial incentives to states that opt to increase the scrutiny of background checks for younger people.

Also present in the approved version of the Senate bill was a provision meant to enhance “red flag” laws – a measure that gives law enforcement the ability to, with a court’s approval, confiscate the firearms of a people deemed a threat to themselves or others – and a measure that allows for the confiscation of weapons belonging to a person under suspicion of domestic abuse against a person to whom they are not married.

The “red flag” and so-called “boyfriend loophole” measures have proven particularly unpopular with conservatives and gun-rights groups, as has a less-talked-about redefinition of who is and is not considered a licensed gun dealer, which would make the transfer of gun ownership more difficult on the open market.

The NRA argues the bill gives too much deference to government officials.

“This legislation can be abused to restrict lawful gun purchases, infringe upon the rights of law-abiding Americans, and use federal dollars to fund gun control measures being adopted by state and local politicians,” an NRA statement from Tuesday reads. “This bill leaves too much discretion in the hands of government officials and also contains undefined and overbroad provisions – inviting interference with our constitutional freedoms.

The act is not yet a law, and it still must clear the House before going onto the desk of the president. With the Democrats still in control of the House, and the momentum the bill has with at least a portion of Republicans, it’s likely the bill will quickly clear that stage of its journey.