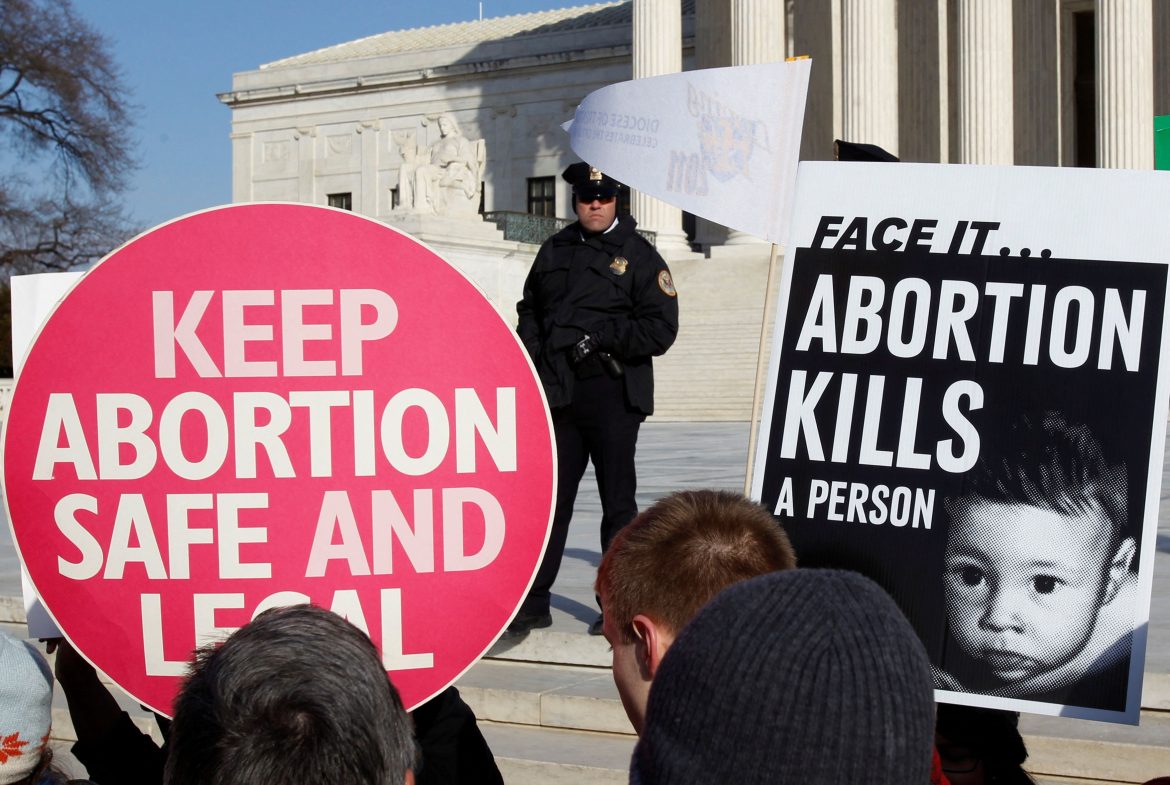 48 Senate Republicans pledged their commitment to vote against any measure that would undermine the Hyde Amendment in a letter to Senate Majority Leader Chuck Schumer on Tuesday.

“We write to express our unwavering support for the Hyde Amendment and all other longstanding pro-life protections,” says the letter penned by Sens. Steve Daines (Mont.) and James Lankford (Okla.) and signed by 46 of their Republican colleagues. “For more than 45 years, the Hyde Amendment has ensured that taxpayer dollars are not used to fund abortions, saving the lives of nearly 2.5 million preborn children.”

The Hyde Amendment prohibits federal funds from being used for abortion. This includes insurance coverage for those enrolled in Medicare and Medicaid. The measure was originally passed in 1976, three years after Roe v. Wade, and Congress has re-enacted it, with occasional modifications, every year since.

Republicans wrote the letter in response to President Biden’s revealed federal budget for the 2023 fiscal year. For the second year in a row, the budget did not include the Hyde Amendment. Last year after Hyde was left out, Senate Republicans sent Schumer a similar letter affirming their support for the amendment, and it was eventually added during negotiations for the 2022 budget. This year, Republicans told Schumer, “We firmly renew this commitment for [Financial Year] 2023.”

“We are united in our resolve to preserve more than 45 years of consensus against taxpayer funding for abortion,” continues the letter. “We urge you to start where we finished by making a baseline commitment to maintain the same pro-life protections that were included in Public Law 117-103, and to eschew any taxpayer-funded giveaways that benefit the multi-billion-dollar abortion industry. The American people, born and preborn, deserve nothing less.”

Only two Senate Republicans, Lisa Murkowski of Alaska and Susan Collins of Maine, did not sign on to the letter. Murkowski and Collins, who both have a reputation as more moderate, are the only Senate Republicans on the Susan B. Anthony Pro-Life America’s National Pro-Life Scorecard to receive a “D” rating rather than an “A+”.

Over the years, the Hyde Amendment has seen consistent support by a majority of Americans. A Marist poll released in January found that 54% of American adults do not believe in using taxpayer dollars to fund abortions, and only 42% support the idea. That figure even includes 29% of Americans who self-identify as “pro-choice” but do not believe that the government should pay for abortions. Opposition to funding abortions overseas was even higher, with 73% against and only 22% in favor.

However, despite widespread, and previously bipartisan, support for the amendment, the rule has come under attack by the Democratic Party in recent years. At the 2016 Democratic National Convention, the Democratic party platform called explicitly for the repeal of the Hyde Amendment, the first major party platform ever to do so. During the 2020 presidential campaign, then-candidate Biden, who had previously expressed support for the amendment, vowed to repeal Hyde if elected. He has so far been unsuccessful in fulfilling his promise.