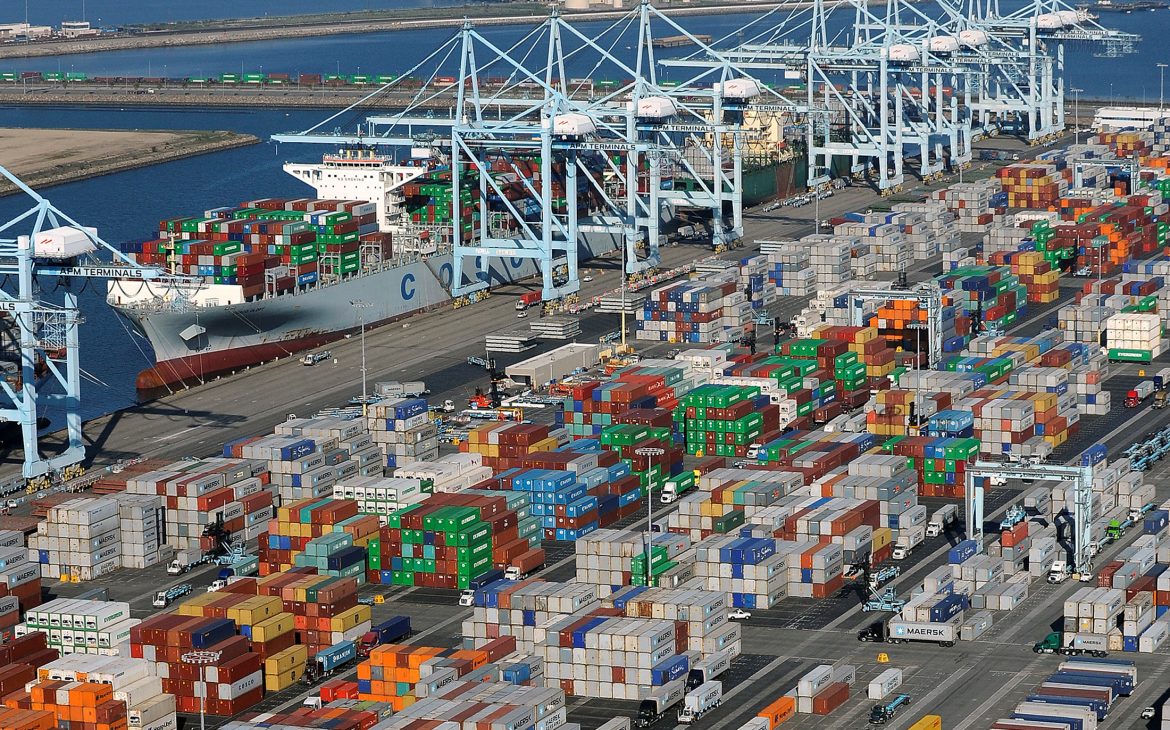 Nearly one hundred cargo ships are logjammed outside of America’s largest ports which account for the majority of American imports, sending an already broken supply chain into further disarray.

Arial images show that over 60 cargo vessels are awaiting entry into the Port of Los Angeles and Long Beach, which accounts for 40 percent of all US imports, while two dozen more ships have anchored outside the Port of New York and New Jersey, which is America’s second largest port.

The backlog is due to combined factors of an increase in demand and shortage of workers. LA Port Director Gene Seroka told CBS News that shipping traffic is up 50% from pre-pandemic levels, as American consumers have shown an eagerness to return to old shopping habits despite an economy that is still recovering from lockdowns.

At the same time, workers have been hard to come by as ports have not been immune to the national shortage of employees.  According to the Daily Mail, the ports are currently only staffed at 65 percent of their normal work force. Additionally, FedEx and other delivery services are experiencing driver shortages to clear the ports of goods once they are delivered.

The Port of Long Beach introduced a pilot program by Total Terminals International (TTI) in an effort to alleviate some of the supply chain pressures. In a statement the port said the new initiative will make it “easier for trucks to access the facility during the overnight hours in a new pilot program to widen access and speed deliveries amid the ongoing cargo surge.”

Port of Long Beach Executive Director Mario Cordero, said “We are in the midst of an historic surge in cargo, and our terminal operators and other supply chain partners are giving their all to keep it all moving. We welcome this pilot project by TTI as a first step toward extending gates to 24/7 operations.”

The delays at the ports are of historic proportions and even if the 24-hour initiatives are successful, the ripple effects will last for some time.

Several stores are seeking unique ways to combat the supply chain logjam, but at a cost. Business Insider reported that mass retailers are turning more to air shipments, which can be upwards of 5 times more costly, and some are chartering small private shipping vessels that can dock at smaller ports.

Walmart, Ikea, and Home Depot have all began the process of securing their own ships, but Business Insider reports that this comes at a cost:

Chartering a vessel can cost an average of $40,000 per day for a vessel carrying 3,000 20-foot containers — a rate which can add up to be even higher than record rates of $9,817.72 to ship a 40-foot container from Asia to the US, according to the Drewry World Container Index.

Costco is also reinstating purchase limits on certain products like toilet paper, water, and cleaning supplies. CFO Richard Galanti said that there is plenty of supply but some items are on a two to three week backorder due to supply chain breakdowns. He is concerned that the delay in shipments partnered with panic buying of shoppers could lead to bare shelfs reminiscent of the beginning of the pandemic, which is why the company has brought back the limitations.

When speaking to CBS News Seroka said, “What you are seeing now is just an advance of the Christmas season.”  He said that people should start planning now for the holidays as items will take much longer to be delivered to the stores and that the increased costs of shipping will be passed on to consumers.