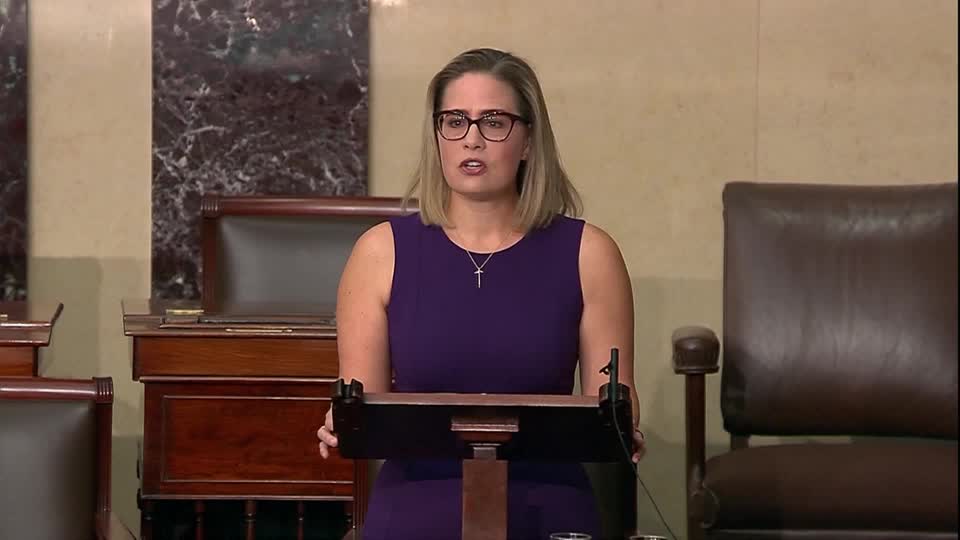 No sooner had reports surfaced of Schumer’s plan to force debate on voting rights legislation than moderate Sen. Kyrsten Sinema (D-Ariz.) stamped out any hope that Democrats might remove the filibuster.

Thursday morning, reports began to circulate that Schumer would use a procedural method known as “message” to overcome Republican resistance to opening debate on legislation that would combine the John Lewis Civil Rights and For the People acts.

By noon, Sinema had taken to the floor of the Senate to lament the state of America and reaffirm her long-held position that the filibuster was non-negotiable. This announcement means Democrats will not be able to reach the 50-vote threshold required to pass a rule change.

Sinema, who spoke for about 20 minutes, chastised both the Left and Right for “increasingly bitter, tribal partisanship.”

“It’s more common today to demonize someone who thinks differently than us, rather than to seek to understand their views,” Sinema said.  “Our politics reflect and exacerbate these divisions, making it more and more difficult to find lasting, broadly supported solutions to safeguard our freedoms, keep our country safe, and expand opportunity for all our citizens.”

Sinema said she favored both Democrat-backed voting bills and said election laws passed across numerous Republican-held states in the wake of the 2020 presidential election “have no place in a nation whose government is formed by free, fair, and open elections.”

However, she said removing the filibuster would damage a key component in protecting Americans from “wild reversals of federal policy” and would serve to further divide the country.

“[While] I continue to support these bills, I will not support separate actions that worsen the underlying disease of division infecting our country,” Sinema said.

The news seems to have dampened the spirit of President Biden, who only two days prior had given a spirited, polarizing speech in which he compared Republicans to Jim Crow segregationists and urged the Senate to change its rules in order to break a longstanding Republican filibuster.

Following a meeting with the Democratic Caucus at the U.S. Capitol, the President appeared to grow frustrated with reporters who asked how he planned to proceed.

Both Manchin and Sinema have indicated they hope to work with Republicans to create a negotiated, bipartisan reform bill.

Russia sets deadline for US, NATO response on Ukraine, warns of ‘military measures’