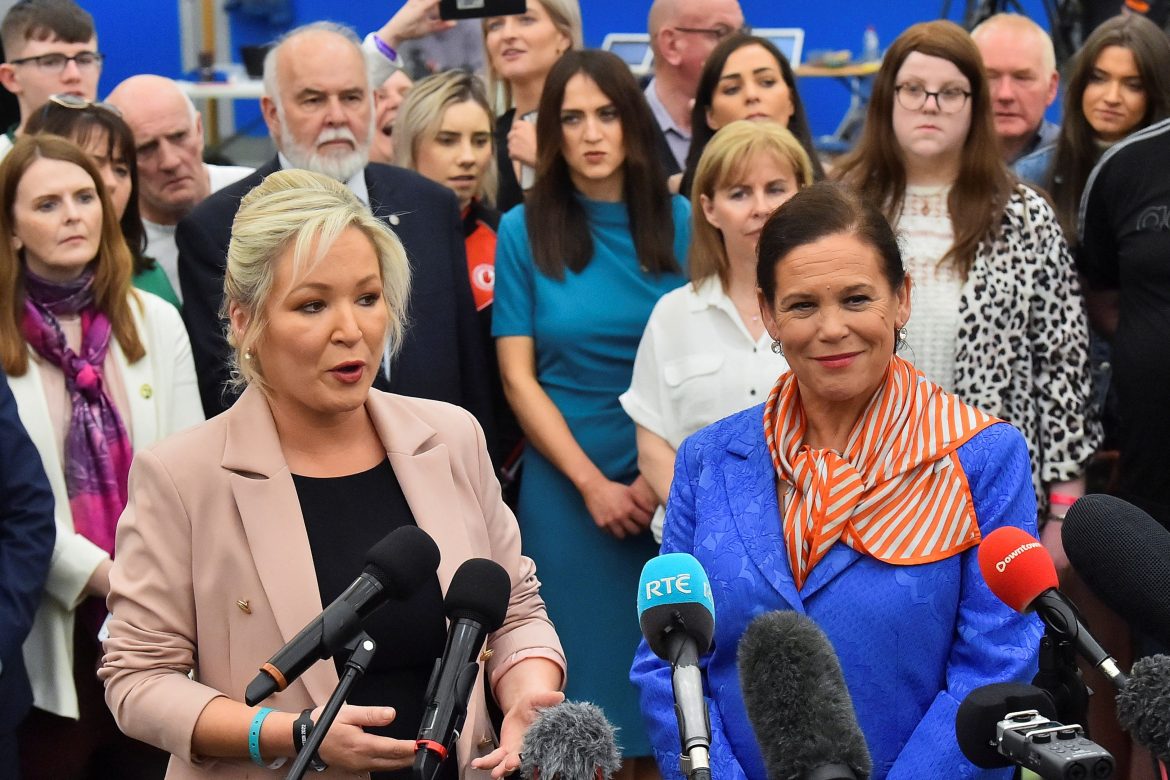 Sinn Fein, the former political wing of the IRA, hailed its first election win in Northern Ireland’s history as a “defining moment” for the British-controlled region and called for a debate on the creation of a united Ireland.

Sinn Fein secured 29% of first-preference votes compared with 21.3% by the pro-British Democratic Unionist Party (DUP), official results showed. While the final seat count has not been declared, analysts said no one could catch Sinn Fein.

“Today represents a very significant moment of change. It’s a defining moment in our politics and for our people,” the head of the party in the region, Michelle O’Neill, said.

She said there should now be an “honest debate” around the party’s goal of unifying the territory with the Republic of Ireland.

Asked by a journalist if she expected to become the region’s first Irish nationalist First Minister, she said: “The people have spoken.”

The Sinn Fein victory will not change the region’s status, as the referendum required to leave the United Kingdom is at the discretion of the British government and likely years away.

But the symbolic implications of Irish nationalist pre-eminence are huge, ending a century of domination by pro-British parties, supported predominantly by the region’s Protestant population.

The election follows demographic trends that have long indicated that pro-British Protestant parties would eventually be eclipsed by predominantly Catholic Irish nationalist parties who favor uniting the north with the Republic of Ireland.

However, the cross-community Alliance Party scored its strongest ever result as it bids to establish itself as a third pillar of the political system.

While the largest party has the right to put forward a candidate for First Minister of the region’s compulsory power-sharing government, disagreements with the DUP mean such an appointment could be months away.