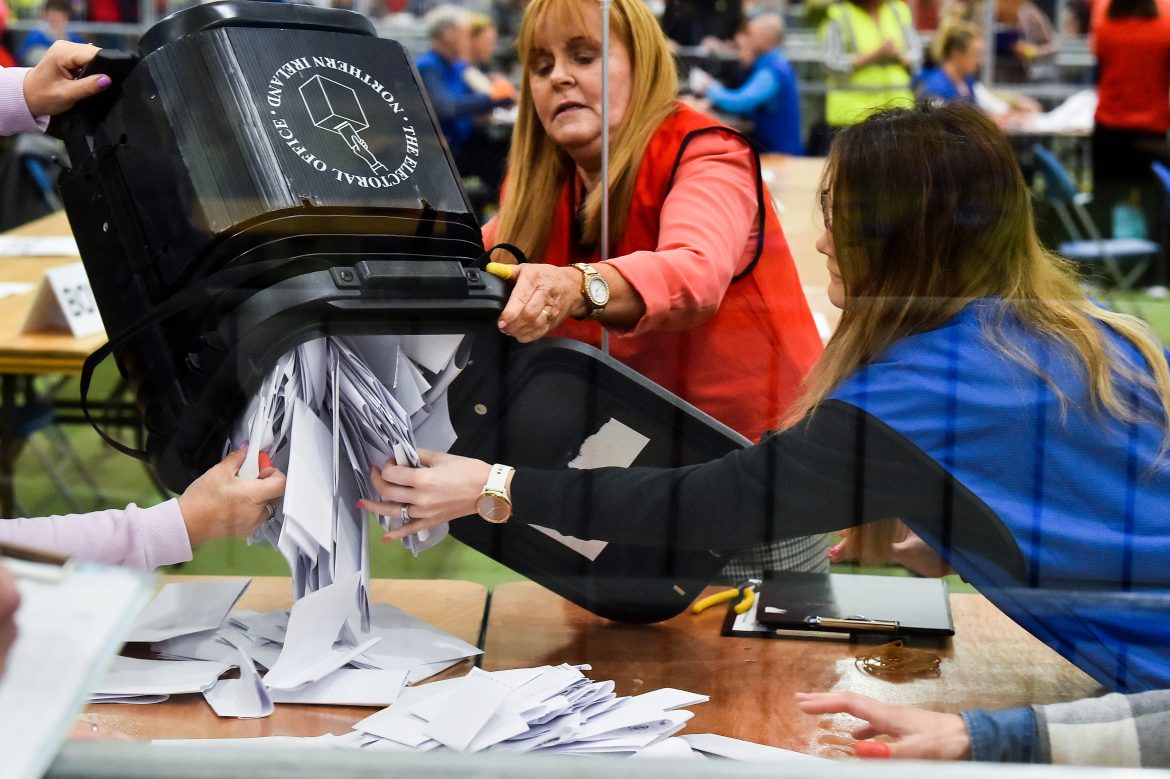 Sinn Fein, the former political wing of the IRA, sought to claim top spot in elections in British-controlled Northern Ireland for the first time on Friday, a historic power shift that could bring the once-remote prospect of a united Ireland closer.

Pre-election polls indicated Sinn Fein was set to become the first Irish nationalist party to win the most seats in an election to the regional assembly since the state’s creation in 1921. Final results were not expected until late Friday or early Saturday.

A Sinn Fein victory would not change the province’s status, with the required referendum on leaving the United Kingdom at the discretion of the British government and likely years away. But the psychological implications of an Irish nationalist First Minister would be huge.

Pro-British parties, supported predominantly by the region’s Protestant population, have dominated Northern Ireland for a century.

But demographic trends have long indicated that they would eventually be eclipsed by predominantly Catholic Irish nationalist parties who favor uniting the north with the Republic of Ireland.

Once shunned by the political establishment on both sides of the border for its links to paramilitary violence, Sinn Fein is already the most popular party in the Republic of Ireland, where it has carved out a successful base campaigning on everyday issues such as the cost of living and healthcare.

It followed a similar path in the Northern Irish elections, where it focused on economic concerns rather than Irish unity and had a six-point lead over its nearest rival, the struggling pro-British Democratic Unionist Party (DUP), across the final campaign polls

Committed to peaceful coexistence and political power-sharing in Northern Ireland since the Good Friday peace accord in 1998, which ended three decades of violence, the party wants planning for a border poll to begin across the island.

Sinn Fein benefited from a jump in turnout to 65% five years ago when it closed the gap with the DUP to just one seat. Incomplete turnout data suggested fewer people turned out this time.

Northern Ireland‘s proportional representation voting system means the party with the most first-preference votes does not necessarily win the most seats. In 1998, the Irish nationalist SDLP party had the highest first preference vote but finished four seats behind its main unionist rival.

“Sinn Fein need to have the type of first preference percentage advantage that some of the polls were indicating if they are to end up as the largest party in terms of seats won,” said Chris Donnelly, a political commentator and former Sinn Fein candidate. “It could be extremely close.”

The main nationalist and unionist rivals are obliged to share power under the terms of the 1998 peace deal. But the DUP has said it will no longer do so unless the protocol governing Northern Ireland‘s trade with the rest of the UK following its exit from the European Union is totally overhauled.

Britain and the EU are at an impasse in talks on how to remove many of the checks on goods entering Northern Ireland from the rest of the UK, imposed to avoid fraying the EU single market via the open border with Ireland.

The election is likely to reaffirm that a majority of lawmakers in the regional assembly favor retaining the protocol.