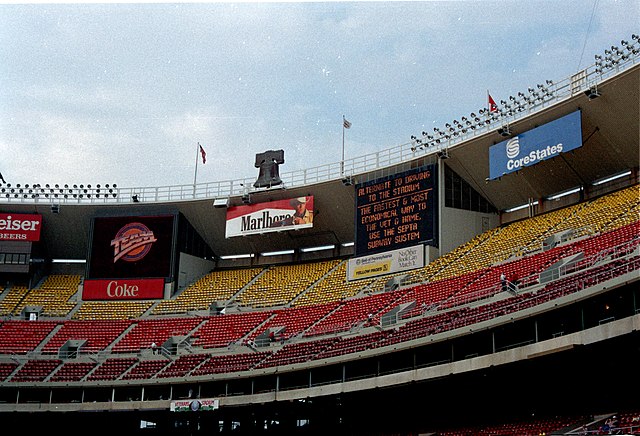 On May 14, 57-year-old David West, a former pitcher for the Philadelphia Phillies, tragically passed away from brain cancer. His death marks the sixth such incident in the last 20 years of former Phillies players, a fact that has drawn the attention of medical experts nationwide and led them to wonder if there was a common denominator in the team’s stadium that may have contributed to this tragic slew of deaths.

Since 2003, the following former Phillies have died from brain cancer, in addition to David West – catcher Darren Dalton in 2017, infielder and third base coach John Vukovich in 2007, catcher Jonny Oates in 2004, fan-favorite pitcher Tug McGraw in 2004, and pitcher Ken Brett in 2003.

According to Dr. Marc Siegel of Fox News, brain cancer only kills an average of three people for every 100,000 cases. Dr. Siegel points to the fact that there must be an unseen contributing factor in this case considering how deadly the cases of brain cancer have been for former Phillies players in particular.

It’s a cluster, and it needs to be examined. The amount of incidents of deadly brain cancer are about three out of 100,000. This is three or four times that or more.

Siegel and others like him have hypothesized that the playing conditions in the Phillies’ former home, Veterans Stadium, may have contributed to this. All six players played their home games with the Phillies at “the Vet.”

Veterans Stadium reached legendary status since its demolition in 2004, in large part because of its historically raucous fanbase, but also because opposing players hated playing there. It was built in 1971 and was immediately stricken with problems that remained throughout its life, including a dangerous playing surface and, later in its life, structural crumbling.

There were other problems as well, including the notorious “700 level,” exposed asbestos throughout the stadium, and reports of infestations of rats the size of cats. It housed both the Phillies and the Eagles for over 30 years, as part of a generation of multipurpose “cookie cutter” stadiums from the 60s and 70s that experts agree did not age well and universally failed to provide a quality experience for baseball and football.

The Eagles moved across the street to Lincoln Financial Field in 2003, and the Phillies left for Citizens Bank Park in 2004, playing their opening day game that season only weeks after the Vet’s implosion.

Though the Vet was, and still is, universally beloved by Philadelphia fans to this day, its decrepit conditions would make it a possible candidate for contributing to such a concentrated medical phenomenon.

Siegel believes this could be the case. He argues that the cancer cases could have been propagated by the chemical exposure from the AstroTurf playing surface, or perhaps the exposure to radar among the pitchers and catchers who consistently had a radar gun pointed at them to clock pitch speeds during games. He said,

In addition to the AstroTurf, which had a lot of chemicals — they’ve got to look more at that radar gun. It’s a possibility.

To be fair, the Eagles have not reported any cases of brain cancer deaths from their players who played in the stadium, but it must also be noted that the Eagles only played 8 games at home during a typical season at the Vet, while the Phillies played 81 games there each season.

Former players are also wondering if the stadium may have had a part to play in these deaths. Larry Bowa, who currently serves on the Phillies coaching staff, played for more than a decade with the team in the early years of the Vet and managed the team in its final years there. Bowa said recently,

I know there were a lot of pipes that were exposed when we played there and we had AstroTurf…I’m not trying to blame anybody. It’s just sort of strange that that can happen to one team playing at the Vet.

For now, it seems the question of this unexplained flurry of medical tragedies remains unanswered. Fans can only hope that David’s West’s tragic death will be the last of this kind among former Phillies players.