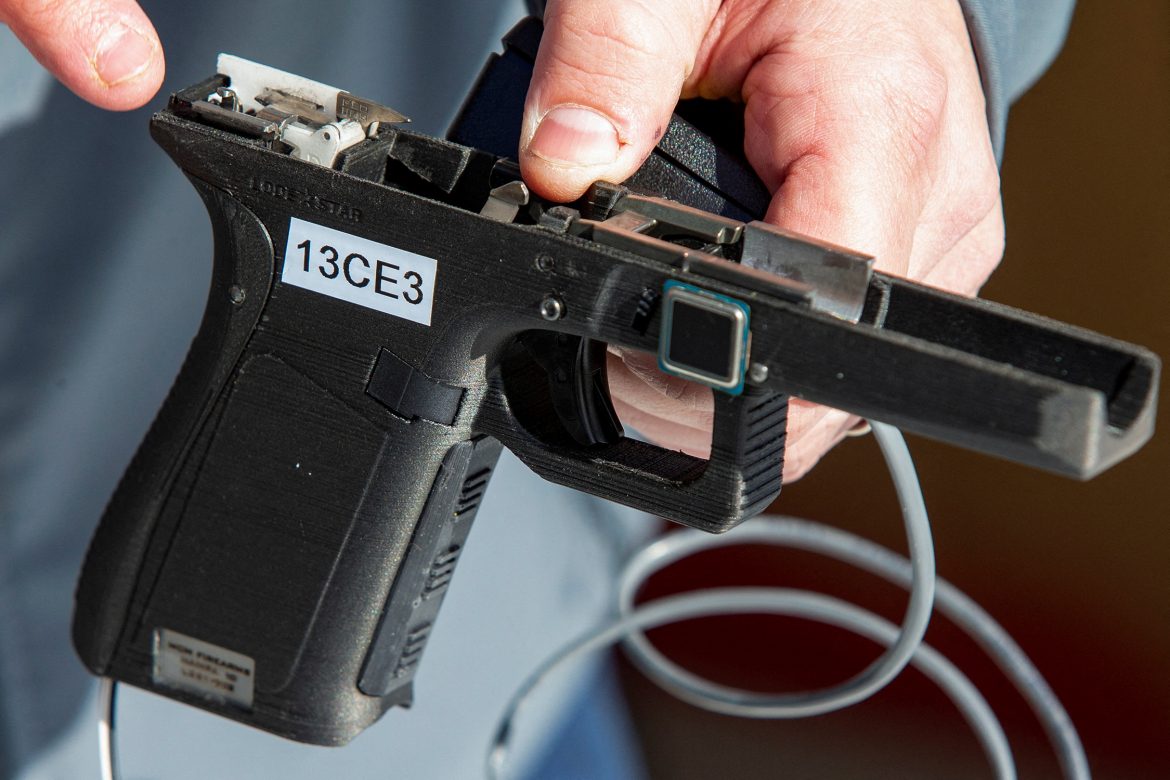 The idea of a smart gun – a firearm that is only able to be used by a specific person – is something that sounds like it could only be realized in a James Bond movie. Now it seems that a couple versions of smart guns will be headed to U.S. shelves in the near future. Critics, however, caution that the technology in these weapons is faulty at best.

The companies developing these new guns, LodeStar Works and SmartGunz LLC, are the two frontrunners in this endeavor. LodeStar showed off its weapon to investors and shareholders on Jan. 7 while SmartGunz says that their product is being beta tested by law enforcement.

According to an exclusive report by Reuters, each company is looking “to have a product commercially available this year.”

LodeStar co-founder Gareth Glaser said he wanted to prevent unnecessary firing, referencing stories he heard about kids who were shot while playing with firearms and accidentally discharging them.

He told Reuters: “I’d seen the abject failure of every policy to try to make, to do something about gun safety. Lobbying and regulations and lawsuits, and, you know, and it all goes nowhere. Not one life is saved. In fact, the statistics just keep going up.”

Advocates for the smart guns say that the technology used in them could prevent these incidents, as well as potentially prevent suicides and provide more safety to police officers if their gun is taken from them.

LodeStars 9mm model uses a fingerprint reader, a chip set, and a PIN pad to affirm this safety. If for some reason the fingerprint reader is not able to identify its user – commonly from sweaty or oily palms – then users can default to the PIN pad to unlock the gun for use.

The chip set would be used as a second backup should the fingerprint reader fail. This technology uses radio frequency identification between a chip in the gun and a second chip on the user, usually located within a bracelet or ring. This ability was not demonstrated during its exhibition.

SmartGunz, meanwhile, is developing a firearm that only includes the radio frequency chipset. Another company, Biofire, is making a gun with only a fingerprint reader.

While these guns are still in development, Reuters noted that the LoneStar weapon would likely sell at $895 and target first-time gun owners. The SmartGunz weapon would cost “$1,795 for law enforcement and $2,195 for civilians.”

These companies have a large hurdle to maneuver, since smart gun commercialization has been a widely unsuccessful in years past. Smith & Wesson tried their hand at it in 2000 but were met with boycotts organized by the National Rifle Association.

German company Armatix was briefly successful in creating and marketing a smart gun before hackers were able to break into and jam the gun’s radio system, making the gun discharge through magnetism.

Skeptics to smart guns have voiced a variety of concerns about the new technology. A study on the issue published by the American Journal of Preventative Medicine revealed that 70% of respondents reported “concerns about whether the technology would work when needed.” Another 50% said they were worried about the price of these weapons.

An additional concern of gun owners is federal overreach. Many fear they would replace regular firearms in an effort to promote safety. In 2019 New Jersey enacted a law which required sellers to offer smart guns when they become available. This replaced a 2002 law which would have forced all sellers to ban sales of any firearm that is not a smart gun.

Scott Bach, executive director of the Association of New Jersey Rifle & Pistol Clubs, said “The other side tipped their hand because they used smart guns to ban everything that’s not a smart gun.”

“It woke gun owners up,” he added.