Some in Shanghai get out for a rare stroll; Beijing tightens COVID curbs 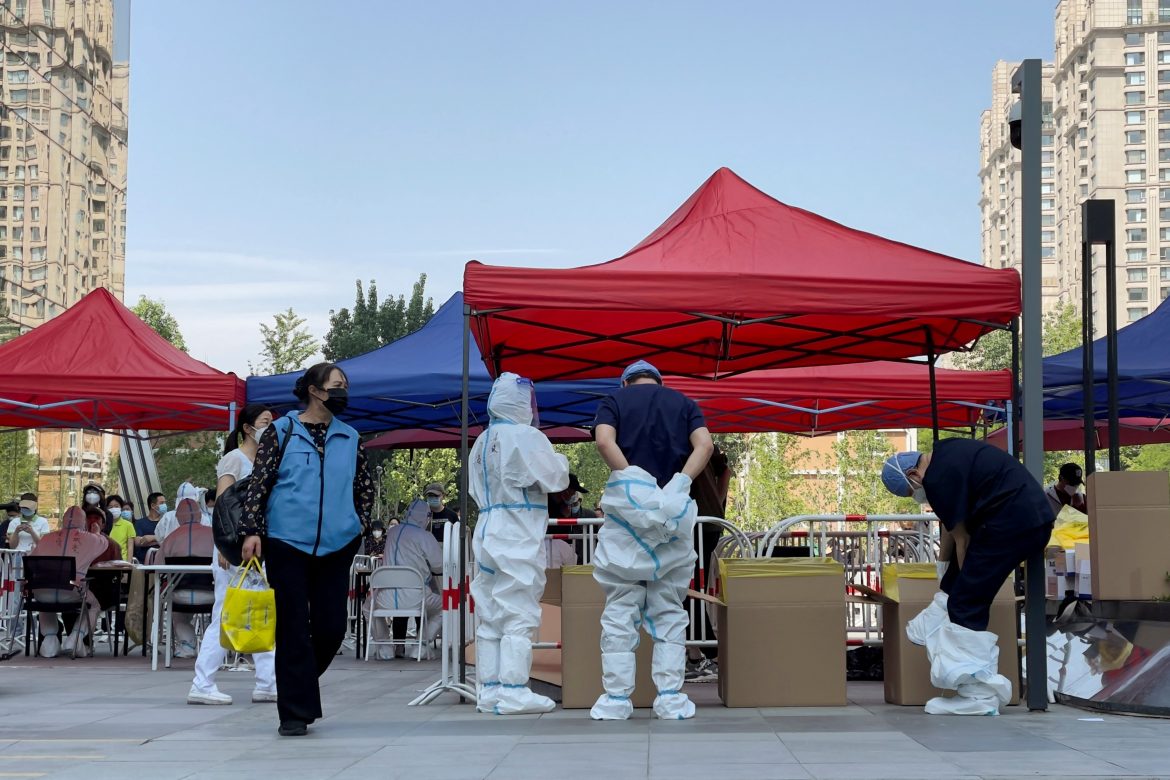 Some of Shanghai’s 25 million people managed to get out on Tuesday for short walks and shopping after enduring more than a month under a COVID-19 lockdown, while China’s capital, Beijing, focused on mass tests and said it would keep schools closed.

Beijing is desperate to prevent an outbreak from spiraling into a crisis like the one in Shanghai, despite the city only reporting dozens of new cases a day

Most people in the financial hub of Shanghai are still unable to leave their homes after more than a month of confinement. But a gradual easing of curbs in five of its 16 districts from Sunday, home to about a fifth of the city’s population, allowed some to get out briefly.

An undated video circulating on social media on Tuesday showed an elderly man stopping a vehicle, saying “Shanghainese, starving!” The man began crying after the driver offered him bananas and biscuits. Reuters could not verify the authenticity of the clip.

Other social media posts showed residents strolling in the suburbs, or queuing up at supermarkets that had been allowed to reopen. One picture showed two women carrying a pole with four bulky bags of groceries on their shoulders.

The level of the restrictions varied from one residential complex to another. In many compounds, a single person from each household could go out at a time, for a maximum three hours.

It is not clear if Shanghai is turning a corner in its campaign against the virus. The number of new cases outside areas under the strictest precautions was up to 73 on Monday from 58 the day before – a setback after two consecutive days of no cases.

A period of no new cases is a key Chinese condition for a more significant relaxation of curbs.

The coronavirus first emerged in the Chinese city of Wuhan in late 2019 and for two years authorities managed to keep outbreaks largely under control with lockdowns and travel bans.

But the fast-spreading Omicron variant has tested China’s “zero-COVID” policy, inflicted a significant human and economic cost and stirred rare public anger in a sensitive year for President Xi Jinping, who is expected to secure a precedent-breaking third leadership term this autumn.

Dozens of major Chinese cities are in full or partial lockdown. The latest was the central city of Zhengzhou, home to 12.6 million people and a factory of Apple’s iPhone manufacturer Foxconn. The city announced on Tuesday it would impose new COVID-related movement curbs for May 4-10.

Authorities say the zero-COVID policy aims to save as many lives as possible, pointing to the millions of COVID deaths outside China, where many countries are throwing off precautions to “live with COVID.”

China reported 20 new COVID deaths on Monday, all in Shanghai, taking the total to 5,112 since the pandemic began, although there have been some doubts over the counting.

Beijing, hoping to avoid Shanghai’s anguish, is banking on mass testing to find and isolate infections, as well as targeted closures of businesses and residential buildings.

The capital of 22 million people will keep schools shut for at least another week after the five-day Labor Day holiday that runs through Wednesday, said Li Yi, a municipal education commission spokesman.

From Thursday, people coming or leaving Beijing will also need to show proof of a negative COVID test no older than 48 hours.

City officials have urged residents to wear masks properly and wash their hands when using public toilets after 40 infections were traced to a person who used such facilities three times.

Restaurants have been closed for dining in during what is usually a busy holiday period and city streets are unusually quiet as many people fear being sent to quarantine if found to have been close to a COVID case.

Amazon to pay $4000 to employees traveling for abortions