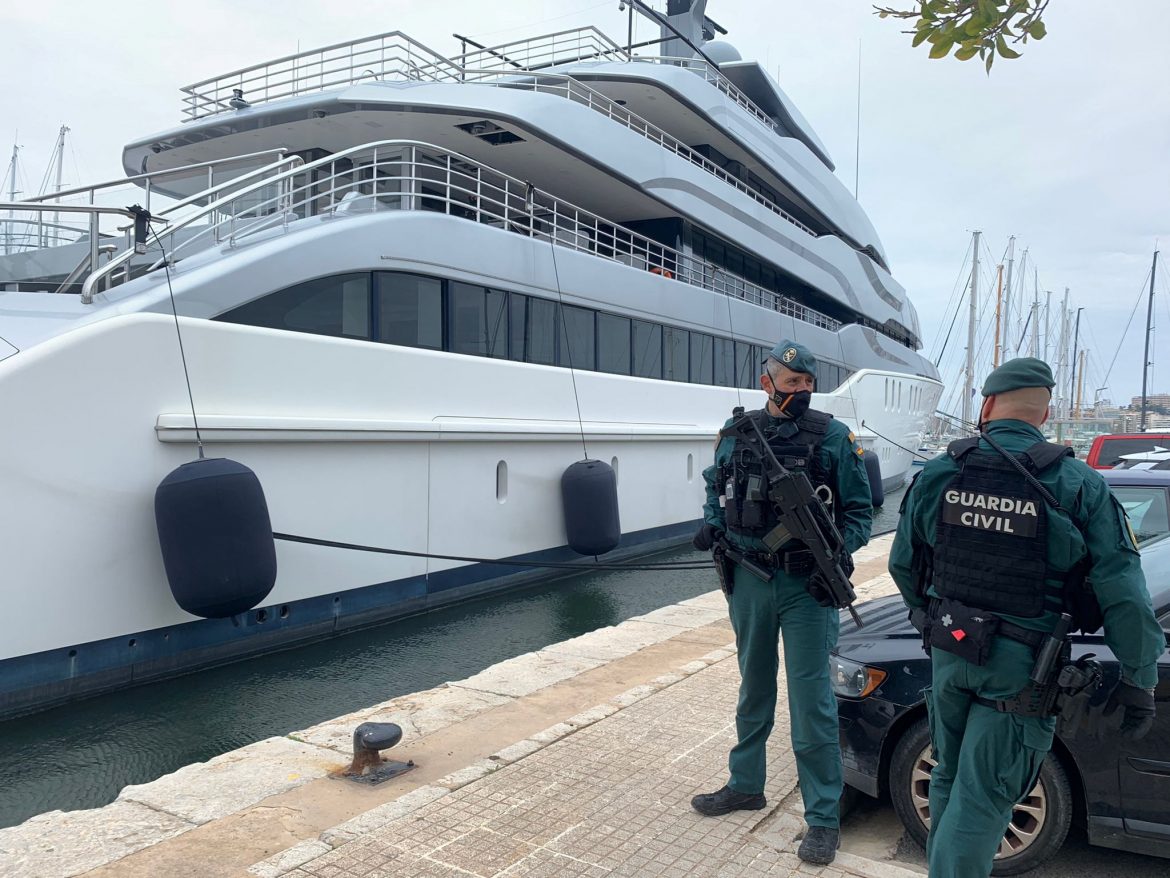 A little over a month after launching a program targeting the assets of Russian oligarchs, the United States was able to boast it has joined the list of nations to have confiscated a Russian oligarch’s multimillion-dollar seafaring vessel.

On Monday, the Justice Department announced it had requested Spanish agents seize the MY Tango, which until recently was the property of Viktor Vekselberg, a Ukranian-born Russian billionaire whose Renova Group owns aluminum, energy, and telecommunication interests.

“Today marks our taskforce’s first seizure of an asset belonging to a sanctioned individual with close ties to the Russian regime. It will not be the last,” Attorney General Merrick B. Garland said in a release. “Together, with our international partners, we will do everything possible to hold accountable any individual whose criminal acts enable the Russian government to continue its unjust war.”

Unlike some of his counterparts, Vekselberg’s sanctions predate Russia’s invasion of Ukraine by four years. Although he’s never been charged with a crime, the U.S. has labeled him a fraudster who has participated in money laundering efforts dating to 2011, when he first acquired the Tango.

The Justice Department alleges Vekselberg used shell companies to hide his ownership of the yacht and avoid oversight from U.S. banks for Tango-related transactions made in U.S. dollars.

“The FBI will continue to work with its partners to protect the integrity of the banking system and support the enforcement of sanctions programs,” Special Agent in Charge Michael F. Paul of the FBI’s Minneapolis Field Office said in a release. “FBI agents and analysts, regardless of where they are assigned around the world, will work tirelessly to ensure those who attempt to evade sanctions are held accountable.”

With its seizure of the Tango, the U.S. became the fourth nation, and first non-European nation, to specifically target a Russian oligarch’s yacht. Previously, Italy, Spain, and France have all seized one or more yachts. Enough multimillion-dollar vessels have been seized of late that numerous sites, including NBC News, have begun tracking their confiscation.

“For decades, the Putin regime has been supported by a group of Russian oligarchs that abused their power for private gain to amass untold riches,” said Acting Special Agent in Charge Ricky J. Patel of Homeland Security Investigations New York, later adding, “we will hold Putin’s oligarchs accountable and deny them the lavish lifestyles they cherish.”

Task Force KleptoCapture, which was announced last month, is an interagency effort of multiple federal agencies, including the FBI and Homeland Security. Like similar efforts in Europe, KleptoCapture is an attempt to discomfort the oligarchical power structure that empowers Russian President Vladimir Putin.

As of this writing, Vekselberg has not responded publicly to the loss of the Tango.