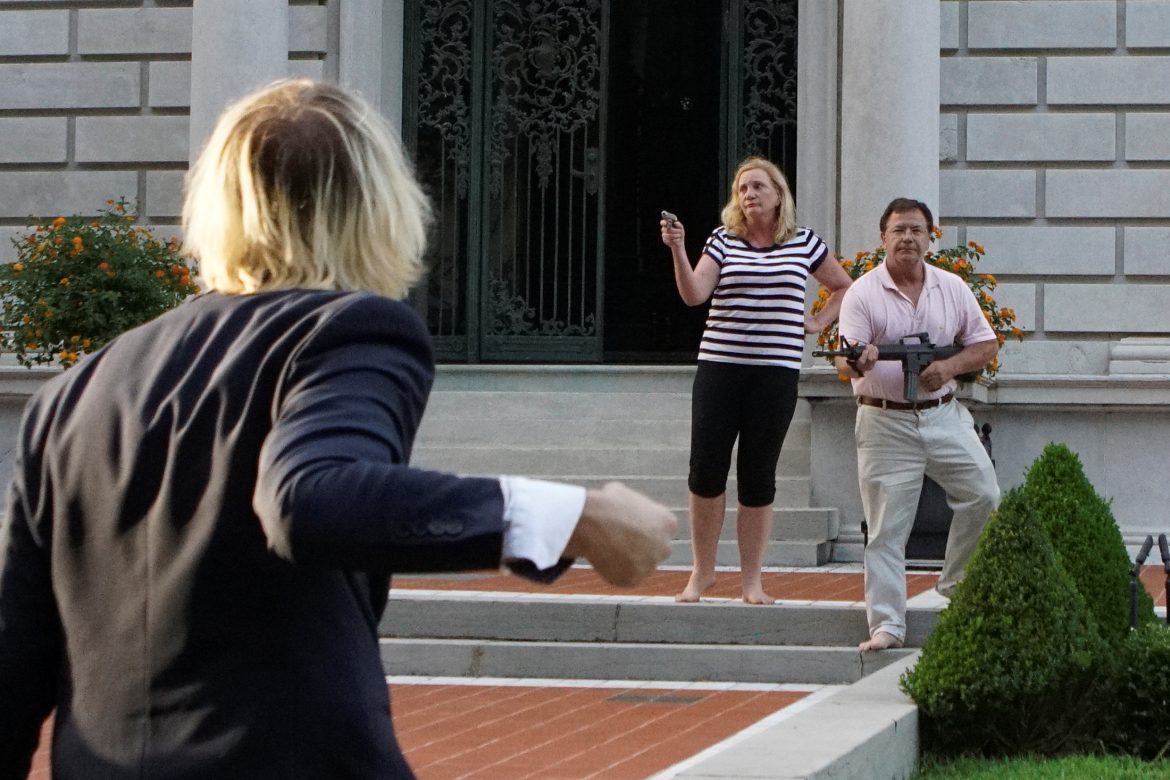 Less than a month ago a viral video emerged of a St. Louis couple holding guns as hundreds of protestors walked by their home. The protestors broke through a gate into the private community as they made their way to the mayor’s home to demand her resignation,the couple, Mark and Patricia McCloskey in return stepped onto their front lawn with weapons in hand to tell the protestors to leave.

Now the McCloskey’s have each been charged with unlawfully exhibiting a firearm. St. Louis Circuit Attorney Kimberly M. Gardner said in a statement, “It is illegal to wave weapons in a threatening manner at those participating in nonviolent protest, and while we are fortunate this situation did not escalate into deadly force, this type of conduct is unacceptable in St. Louis.”

Mark McCloskey, who is himself a lawyer, has insisted his actions were in self-defense. He said in a local radio interview, “A mob of at least 100 smashed through the historic wrought iron gates of Portland Place, destroying them, rushed towards my home where my family was having dinner outside and put us in fear of our lives . . .” McCloskey also claimed one of the protestors threatened him directly, “One person pulled out some loaded pistol magazines and clicked them together and said that you were next . . .”

In his letter, the Senator wrote, “There is no question under Missouri law that the McCloskeys had the right to own and use their firearms to protect themselves from threatened violence, and that any criminal prosecution for these actions is legally unsound.” Gardner criticized Sen. Hawleyr for his involvement, saying, “I am deeply disappointed that a U.S. senator would intervene in a local matter that is under investigation.”

State authorities have expressed displeasure with charges as well. Attorney General Eric Schmitt has called the “political prosecution” and said he’s looking to have the charges dismissed. The Governor of Missouri, Mike Parson, said he would in all likelihood pardon the couple.