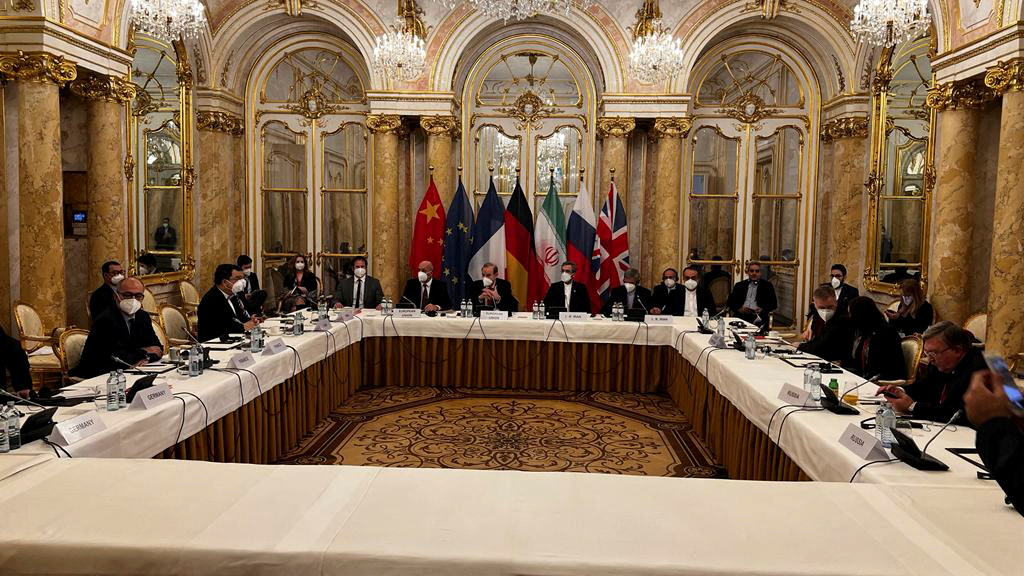 The United States-Iranian nuclear negotiations broke down after three Biden administration officials left because they couldn’t back the administration’s position which they believed to be too weak.

According to a report in The Wall Street Journal, several officials confirmed that Richard Nephew, the deputy special envoy for Iran, and two other members of the State Department team “stepped back from the talks … because they also wanted a harder negotiating stance.”

Nephew was one of the architects of the previous sanctions put on Iran and has consistently pushed for more pressure to be put on the nation during negotiations, something the administration hasn’t been willing to do.

The Journal went on to say that the “divisions come at a pivotal time, with U.S. and European officials warning that only a few weeks remain to rescue the 2015 deal before Iran acquires the know-how and capability to quickly produce enough nuclear fuel for a bomb.”

The 2015 Obama-era deal with Iran did away with most of the international sanctions on Tehran in exchange for stricter, albeit temporary, limits on the nuclear work Iran was allowed to engage in. After Trump took office, he pulled America from the deal because he believed it to be insufficient to restrain Iran and would only set the country up to build nuclear weapons in the future. This is the deal that the Biden administration has been looking to revive since April.

The negotiations hit a snag in recent months as Iran has made strong demands to return to any deal. At the heart of these demands is that the U.S. lift all sanctions prior to placing any limits on their nuclear program. Many pundits have, throughout the talks, portrayed Biden as holding the weaker ground in the negotiations, a stance that now seems to be confirmed by the WSJ report.

As for Iran’s near neighbors, Israel is less than delighted with Iran’s nuclear preparations, and Israeli Prime Minister Naftali Bennett told the world late in 2021 that they were bracing to have to take action against Iran as it nears the point of gathering enough nuclear material to build a viable nuclear bomb.

Israel has vowed Iran would never get to the point of having such a weapon, and according to their prime minister, their threat to step in is not an idle one.

In his speech, Bennett said that Iran’s military drone unit is a threat to the whole world, and he cited the attack believed to have been perpetrated by Iran on the Mercer Street vessel where Iranian suicide drones were believed to be responsible for the deaths of British and Romanian citizens. He also noted that the nation is using proxy armies through the Middle East which they plan to arm with thousands of the unmanned and lethal ariel attack weapons.

“Evidence which clearly proves Iran’s intentions for nuclear weapons in secret sites in Turquzabad, Teheran and Marivan — is ignored,” he continued. “Iran’s nuclear program has hit a watershed moment. And so has our tolerance.”

“Words do not stop centrifuges from spinning. There are those in the world who seem to view Iran’s pursuit of nuclear weapons as an inevitable reality, as a done deal, or they’ve just become tired of hearing about it,” Bennett added. “Israel doesn’t have that privilege. We cannot tire. We will not tire. Israel will not allow Iran to acquire a nuclear weapon.”

The United States’ ally went on to reinforce his vehement displeasure with the enemy program, saying, “Like the Midas touch, Iran’s regime has the ‘Mullah-touch.’ Every place Iran touches, fails,” the prime minister quipped.