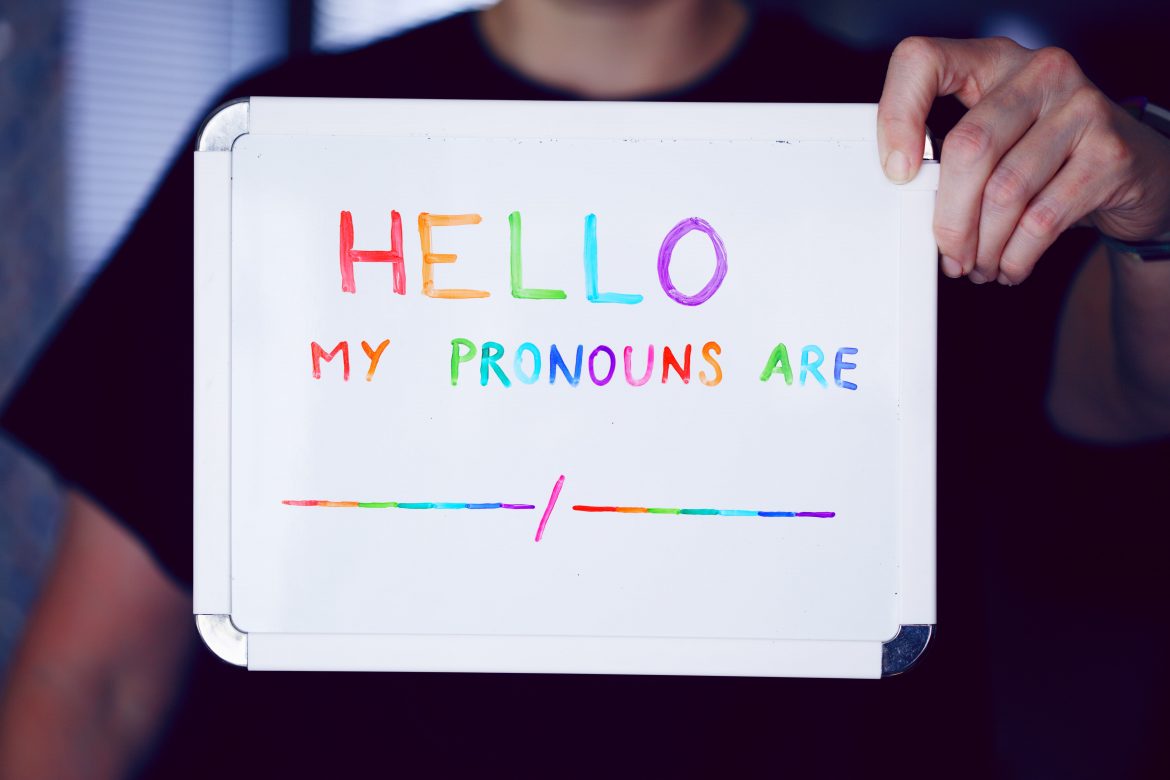 The State Department’s tweet about “International Pronouns Day” set off a firestorm of responses from critics in the midst of several national and international crises facing the Biden administration.

On Wednesday, the department tweeted, “Today on International Pronouns Day, we share why many people list pronouns on their email and social media profiles” and linked to an article explaining the issue further.

Today on International Pronouns Day, we share why many people list pronouns on their email and social media profiles. Read more here on @ShareAmerica: https://t.co/gWhoItvGvo.

Reactions to the tweet were swift from citizens and lawmakers alike, with many pointing to issues such as the Americans behind enemy lines in Afghanistan, the border crisis, and China’s expanded nuclear capabilities as deserving more attention from the State Department than International Pronouns Day.

If I’m Xi Jinping, I take one look at that tweet and then invade Taiwan… At this rate we should probably just go ahead and learn how to write our pronouns in Mandarin.

Oh yea, btw, what were the pronouns of all the Americans you abandoned to the Taliban? https://t.co/aUNN3zd71L

In a separate tweet, he said, “This is what they were likely focused on while leaving Americans behind to fend for themselves against terrorists in Afghanistan. Screw They/Them.”

Many others joined Trump in questioning the State Department’s tweet in light of the Biden administration’s past and ongoing failures in Afghanistan. Representative Ken Buck (R-Col.) tweeted, “The State Department still hasn’t helped extract our remaining allies in Afghanistan who could not escape. …But they have time to tweet about gender pronouns.” Another Twitter user asked, “Did we ever get to the bottom or was anybody ever held accountable for drone striking an innocent man and his 7 children in Afghanistan?”

Critics also brought up the report this week that China tested a hypersonic missile in August. Senator Marsha Blackburn (R-Tenn.), responded to the State Department’s tweet by asking, “What are you doing about China’s expanded nuclear capabilities?” Nicholas Fondacaro from the Media Research Center added, “Our leaders were reportedly blindsided by China launching a hypersonic missile capable of carrying a nuke. I wonder how they missed that.”

Our leaders were reportedly blindsided by China launching a hypersonic missile capable of carrying a nuke. I wonder how they missed that. https://t.co/va4F2QxtcQ

Former Secretary of State Mike Pompeo, who led the department under the Trump administration, brought up the 16 American missionaries and one Canadian missionary who were kidnapped in Haiti over the weekend, asking, “Could we just get the American Christian missionaries being held hostage in Haiti back home?”

Could we just get the American Christian missionaries being held hostage in Haiti back home? https://t.co/8w0xnly8bA

The State Department’s tweet comes on the same week that Assistant Health Secretary Rachel Levine was sworn in as the first openly transgender four-star officer in the uniformed service. Actions such as these have caused many to accuse the Biden administration of putting ideological interests ahead of the common good. Former Acting Director of National Intelligence Richard Grenell warned, “The politicization of my beloved State Department is a crisis.”

Dear God. The politicization of my beloved State Department is a crisis.

Anthony Blinken and Wendy Sherman are neutering our diplomats. This isn’t diplomacy. https://t.co/Mu2tC8FJbM