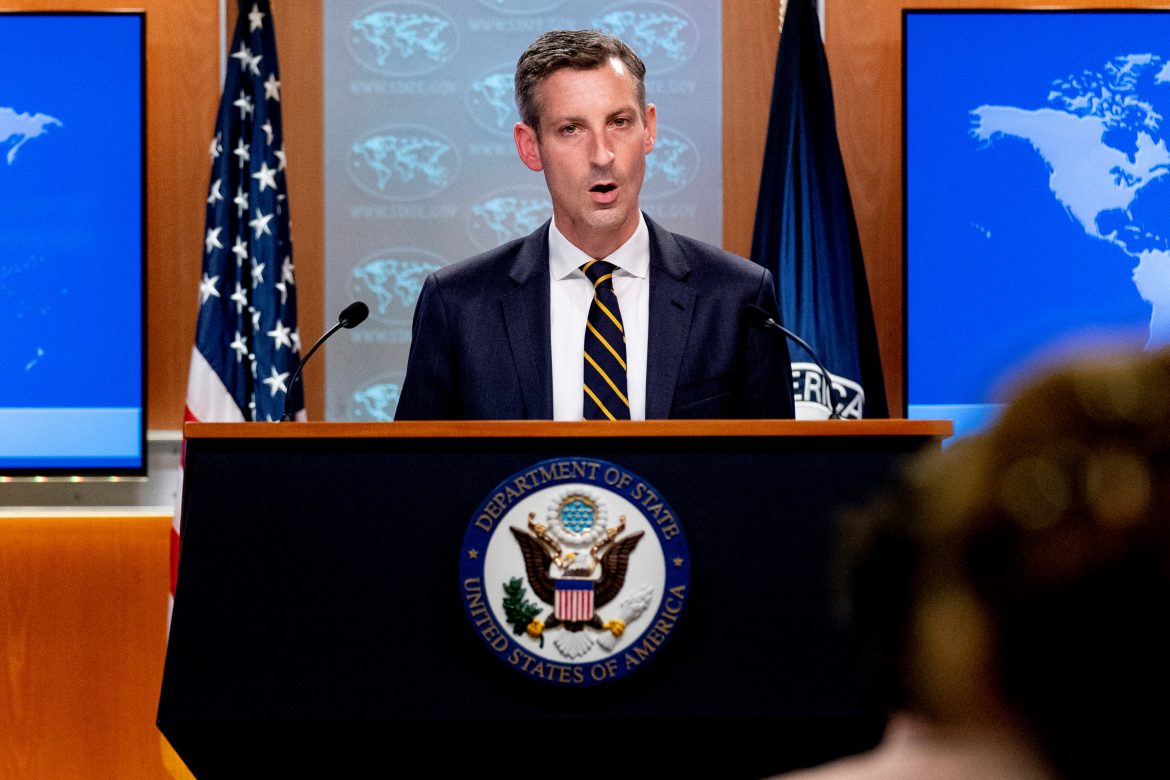 The White House says bilateral agreements between the U.S. and Russia would need to be reciprocally beneficial as tense negotiations between Moscow and NATO allies continue. During a Tuesday briefing, U.S. Department of State Spokesperson Ned Price said there have been no signs that continued diplomatic talks with Russia have had an impact on alleviating tensions at the Ukrainian border.

“I don’t think we’ve seen any concrete indications of deescalation just yet,” Price told reporters. When asked if the Biden administration is consulting NATO allies and Kyiv in crafting a written response to Moscow’s demands for security guarantees, Price replied, “Yes and yes. We have been consulting extensively with our allies and our partners, and of course when it comes to the latter category, that includes Ukraine.” Price added that “there will be no surprises.”

The briefing became somewhat heated when Price was asked about NATO alliance members, particularly Germany, who are deviating from the Biden administration’s assurances of a united Allied front in the event Russia invades.

“The alliance is united,” Price responded tersely. “There is no question about this. You have heard this in the form of communiques and statements from the alliance itself — you don’t have to take my word for it.”

Price went on to explain that the U.S. has engaged in “in-depth conversations with all of our NATO allies about the deterrent measures that we are prepared to take,” adding that “different NATO allies are contributing in different and meaningful ways.”

Last week, German Chancellor Olaf Scholz offered assurances that his government would uphold the U.S.-Germany agreement between President Biden and former Chancellor Angela Merkel in which the countries agreed to “work side by side to maintain peace, security, and freedom” while acknowledging Germany’s “important role” in “NATO’s core mission of collective defense.”

Many, however, question the strength of Germany’s commitment to the alliance in light of its refusal to work with the U.S. and Britain to transfer weapons into Kyiv, including reports that it closed its airspace to British cargo planes loaded with military hardware. German Defense Minister Christine Lambrecht on Saturday said Germany plans to send a field medical facility to Ukraine in February, according to Germany’s Deutsche Welle.

Currently, 8,500 U.S. troops remain on high alert for possible deployment into Europe. The U.S. last week pledged an additional $200 million to Kyiv to bolster its defensive military aid, and the State Dept. says it will transfer U.S.-made missiles to Ukraine from Baltic NATO member nations.

Russia on Wednesday warned that imposing sanctions would do little to harm President Vladimir Putin but would be “politically destructive” for the U.S. following President Biden’s Tuesday remarks that sanctions are still on the table. Moscow continues to deny that it plans to invade Ukraine instead claiming that Russia is the target, rather than the instigator, of aggression, citing the Western response.