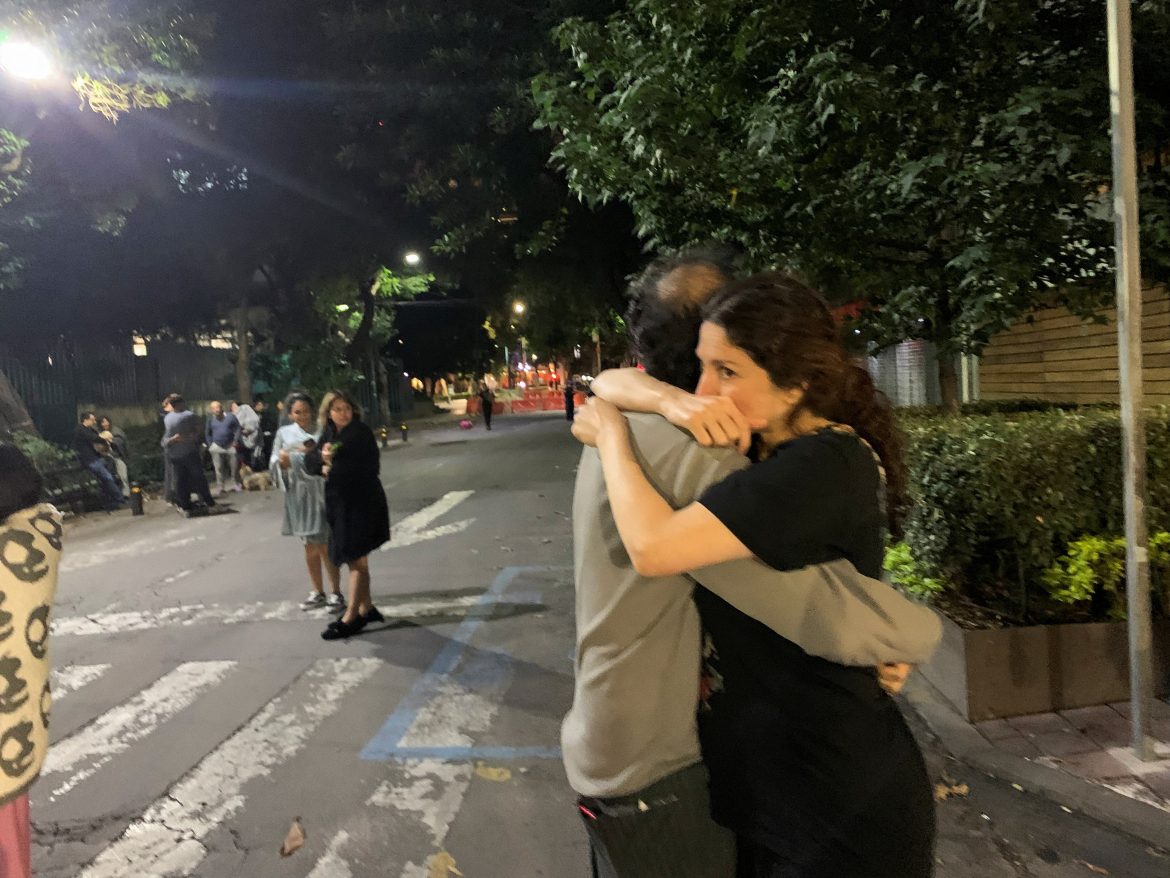 A magnitude 6.8 earthquake struck western Mexico early on Thursday, claiming the life of a woman in Mexico City who fell and hit her head as residents evacuated their homes during the country’s second major temblor this week.

The Mexico City government said the woman stumbled on the stairs of her home in the city’s central Doctores neighborhood as quake alarms rang out and buildings began to shake.

The city also reported that a man in the south of the capital suffered a fatal heart attack after the quake.

Elsewhere around the country, there were no immediate reports of serious damage, authorities said.

The quake, which the U.S. Geological Survey (USGS) first measured at magnitude 7.0, was weaker and deeper than Monday’s temblor, striking at a depth of 12.9 miles.

In Mexico City’s Roma Sur neighborhood, alarmed residents ran outdoors in night dresses and pajamas, some wrapped only in blankets. Neighbors comforted each other, holding crying children and pets, as the quake alarm sounded four times.

The epicenter of Thursday’s earthquake, which struck at around 1.16 a.m. local time, was logged in the state of Michoacan, not far from Monday’s temblor.

Mexico‘s civil protection authorities and President Andres Manuel Lopez Obrador said there were no initial reports of damage in Michoacan or the surrounding regions.

Monday’s magnitude 7.6 quake struck on the anniversary of deadly earthquakes in 1985 and 2017, killing two people in the Pacific port of Manzanillo.