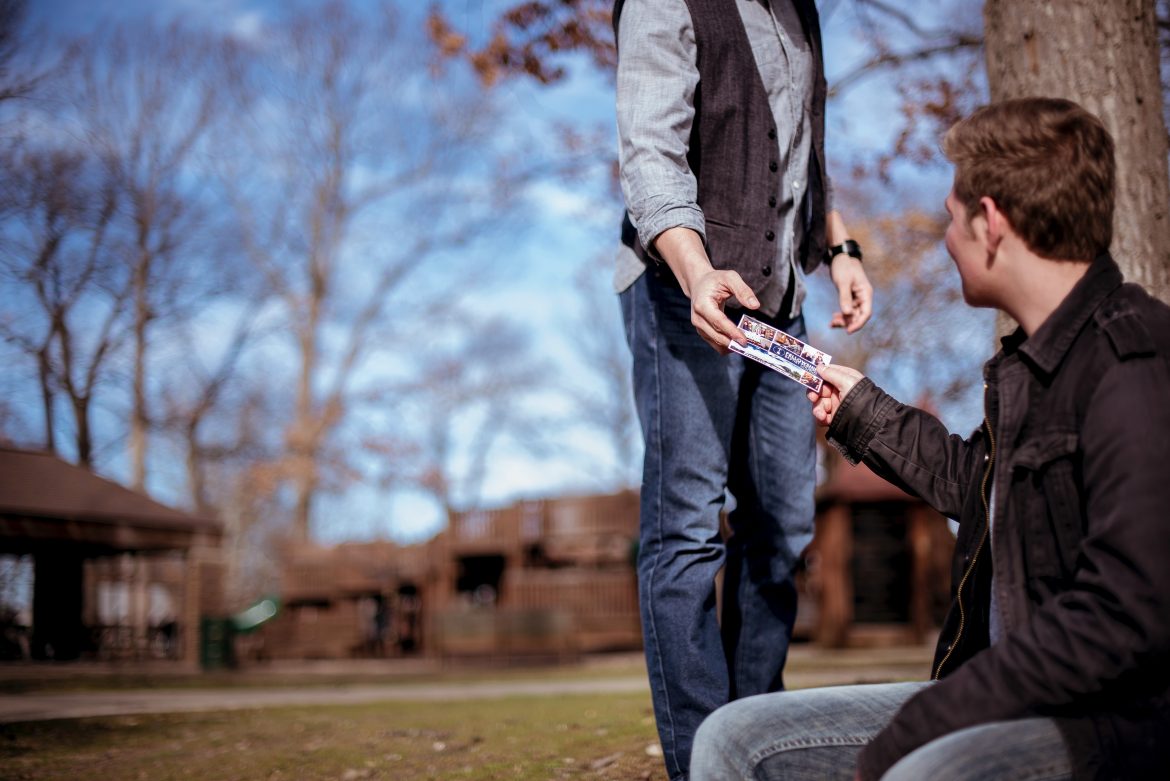 More than half of Christians in America are foregoing Christ’s command to “Go into all the world and preach the gospel,” opting instead to keep their faith to themselves, according to a newly-released report by Barna Research. The study found that 56% of self-described  believers in the U.S. consider their spiritual lives to be a private matter.

The study further reveals that those inclined to keep their faith to themselves placed a significantly lower value on seeing progress in their spiritual lives (30%), as compared to 54% of those who don’t consider their faith to be private. The same group was also less likely to agree that faith is important in their lives (45%, compared to 66% who agree strongly) and less likely to set aside time for God during the week (51% vs. 66%).

“In other words, the idea that faith should be kept private is one part of a bigger swirl of negative conditions that need to be addressed for people to see spiritual growth,” Barna researchers noted.

The report combined data from two online surveys conducted in Dec. of 2020 and Jan. of 2021, respectively, among a total of 5,441 randomly-selected adults in the U.S. who self-identify as Christians.

Somewhat surprisingly, the findings show that among the respondents, the desire to foster friendships that will help them grow in their faith appears to decline with age. In other words, the older an individual believer is, the less likely they are to be an active member of a discipleship community. This was especially true among the Baby Boomer generation (born between 1946 and 1964), among whom 63% said they keep their spiritual life entirely private.

Gen Z respondents (born between 1997 and 2012), on the other hand, were more than twice as likely as boomers to be part of a discipleship community; however, 46% of these “zoomers” also view their spiritual lives as a private matter.

Researchers say the impact of technology on culture on this younger generation is partly to blame.

“Even before COVID-19, individuals expressed feeling distant from others, and Christians are not exempt,” Barna said. “Part of this can reasonably be attributed to the rhythms of our digital society. We have become accustomed to experiencing hyper-connection and disconnection all at once.”

The group points out that Jesus’ interactions with His disciples set a clear example of the importance of commingling spiritual matters and day-to-day living.

“Discipleship is a powerful way to meet a communal need for vulnerability and companionship,” the researchers said, adding that Christ and His disciples did not keep their lives “private or compartmentalized.”

“Meals and miracles, frustration and affection, sermons and naps, trials and celebrations — they shared it all,” they wrote, adding, “Christians should consider what it would mean to do the same today.”

The survey findings are reflective of an overall decline in Christianity in the U.S. over the last decade. A December 2021 Pew Research poll found that the number of people who say religion plays a vital role in their lives dropped from 52% in 2007 to 41% in 2021.

That same month, Lifeway Research released a study revealing that only 22% of believers surveyed could recite the story of Christ’s birth.

A study published by nonprofit Christian discipleship outreach Probe Ministries in 2020 found that nearly 70% of born-again Christians don’t believe in the linchpin of the Gospel message found in John 14:6, in which Jesus says, “I am the way and the truth and the life. No one comes to the Father except through me.”