Supreme Court Rules in Favor of Religious Freedom, in Part 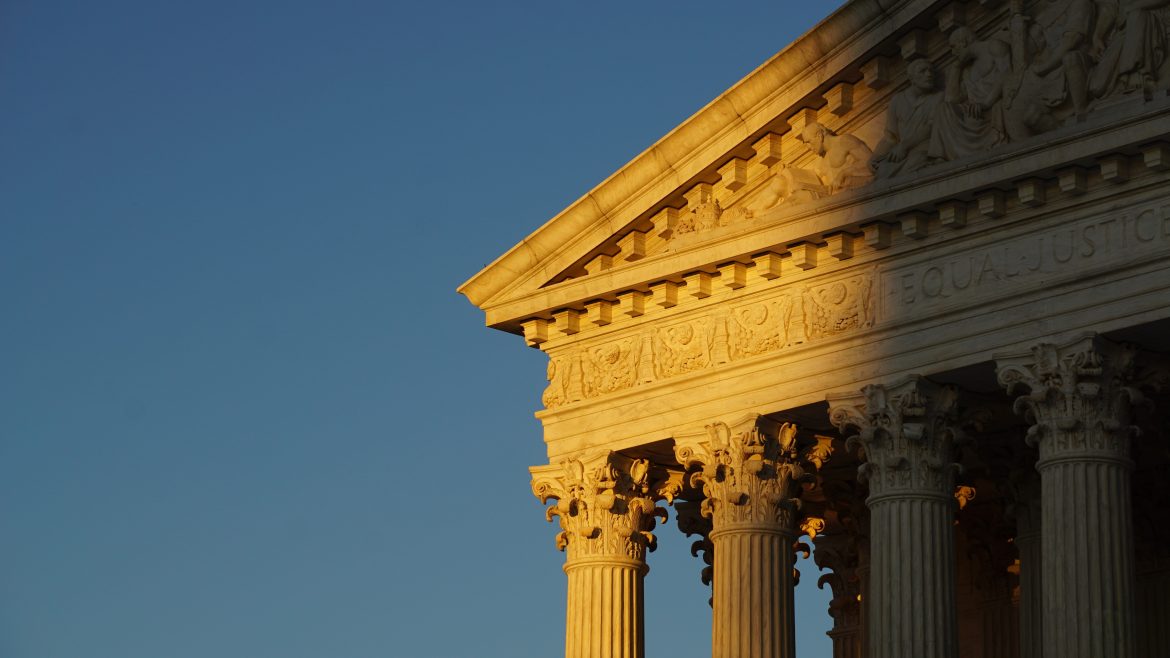 California has been the battleground state throughout this season of COVID lockdowns in regard to the constitutional right of government to prevent churches and other religious institutions to gather. California is currently in a tiered system that set COVID restrictions based on percentages of cases in an area. Under the highest tier (purple), churches are not permitted to meet indoors, while other indoor businesses such as hair salons, tattoo parlors, and retail stores are allowed to open with modifications. As of Friday, 99.9% of Californians fall under the highest restrictions.

Many churches in the state have disregarded the orders from Newsom, citing a violation of their First Amendment religious freedom rights. Numerous congregations across California have continued to meet in person, leading to threats from the state of being shutdown, mounting fines, and risk of imprisonment.

In a split decision from the bench in the case of South Bay United Pentecostal Church vs. Governor Newsom, the Supreme Court overturned the ban on indoor religious gatherings (6-3). The Court’s ruling upheld the state’s limit of 25% capacity (5-4) and also upheld singing bans (6-3). The capacity limit and singing bans still have a chance of being overturned if proof is brought forth that these restrictions are not being applied evenly across the board.

The votes are: overturn indoor worship ban (6-3), uphold singing ban unless the plaintiffs prove more (6-3), and uphold capacity limits for now for the state to have time to justify them (5-4).

Justices Clarence Thomas and Neil Gorsuch both would have “granted the application in full.” In the opinion written by Gorsuch, in agreement with Thomas and Alto, it was said that the state had targeted “religion for differential treatment” and pointed out glaring discrepancies between churches and other institutions. One such inconsistency referenced is that under the current mandate a lone worshiper could not enter a church for prayer, while crowds are allowed to gather in store check-out lines and multiple people can get their nails done in a salon at the same time. He pointed out that,

Since the arrival of COVID–19, California has openly imposed more stringent regulations on religious institutions than on many businesses. The State’s spreadsheet summarizing its pandemic
rules even assigns places of worship their own row.”

The known liberal Justices, Stephen Breyer, Elena Kagan and Sonia Sotomayor, sided completely with the state. In their dissenting opinion they stated that the court justices are “not scientific experts” and that the ruling would require the state to treat worship services “like secular activities that pose a much lesser danger.”

Justice Amy Coney Barrett wrote her first opinion since her appointment to the highest court. She took a moderate approach, agreeing that there should not be a ban on indoor gatherings, but saying that those bringing suit did not prove that the state’s ban on singing was directed specifically at religious gatherings. She couched her claim stating,

Of course, if a chorister can sing in a Hollywood studio but not in her church, California’s regulations cannot be viewed as neutral. But the record is uncertain, and the decisions below unfortunately shed little light on the issue.”

This ruling, along with a similar ruling in New York from last year, sheds additional light on how the current Supreme Court Justices will vote on religious freedom cases moving forward.

Charles LiMandri, the attorney for the South Bay United Pentecostal Church, said that the church was “heartened by this order” and that they “thank the high court for upholding religious liberty.”

Should Christians Pray For Persecution? [OP-ED]