Suspect in the Brooklyn subway station shooting still at large 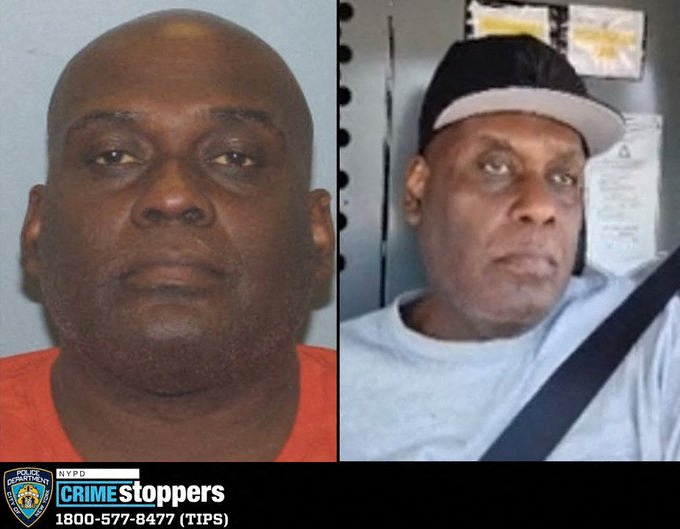 The suspect in the Brooklyn subway shooting remains at large, while a citywide manhunt is underway. The NYPD has named 62-year-old Frank James as the lead suspect in the attack that injured dozens of people. They are asking for any information on his whereabouts.

This is Frank James who is a person of interest in this investigation. Any information can be directed to @NYPDTips at 800-577-TIPS. pic.twitter.com/yBpenmsX67

James is accused of setting off a smoke canister and then opening fire inside a subway train and station in Brooklyn during the Tuesday morning commute. New York City Police Commissioner Keechant Sewell said that 10 people were shot, at least 29 people were injured, and five of the victims are in serious condition with no life-threatening injuries reported.

The shooter opened fire at 8:24 a.m. on a northbound Manhattan train. Witnesses at the scene, according to Yahoo, “told police that as the train was pulling into the 36th Street station, the suspect donned what appeared to be a gas mask, took two canisters out of his bag, and opened them, filling the car with smoke. The suspect then brandished a 9-mm handgun, firing it at least 33 times, police said, before fleeing the station.” More than 24 hours later, Frank James is still on the run.

Authorities were holding information close to the vest with mayor Eric Adams stating Tuesday, “We’re sensitive about what we release right now. We have a person of interest named, his face, where he resides, some of his actions, some of the weapons that he carried, but we are methodically releasing only the information that would never endanger the outcome of this case.”

On Wednesday, Fabien Levy, press secretary for Mayor Adams, announced that James is now considered a suspect in the case.

#BREAKING: @NYCMayor just announced that Frank James is now a suspect in yesterday’s subway shooting and no longer just a person of interest. https://t.co/6ZNkOhlp3n

The NYPD released photos of the James to help in the search for the suspect:

On 4/12/22 at 8:30 AM, Frank Robert James fired numerous gun shots inside an "N" line subway car at 36th St & 4th Ave subway station causing serious injuries to 10 people. Anyone with info about the incident or his whereabouts should contact @NYPDTips or call 1-800-577-TIPS. pic.twitter.com/MaeF16i4bX

While there is no stated motive for the attack, Fox News reported that James posted antagonistic video rants to a YouTube channel for years before yesterday’s shooting including one video titled “Stop One Complete.”

Many of his video posts were racially charged and included criticisms of Mayor Adams, homeless people, black Europeans and Americans, social workers, and even joking about the war in Ukraine. A March 1 video began with a local news report about rising violence in the subway system with James saying, “I wanted to kill everything in sight. I was planning to kill everything I saw.”

James rented a U-Haul van in Philadelphia and left the keys to that van at the scene along with smoke canisters and a handgun with an extended magazine. A $50,000 reward is being offered to find James and any information can be given to CrimeStoppers at (800)577-TIPS.