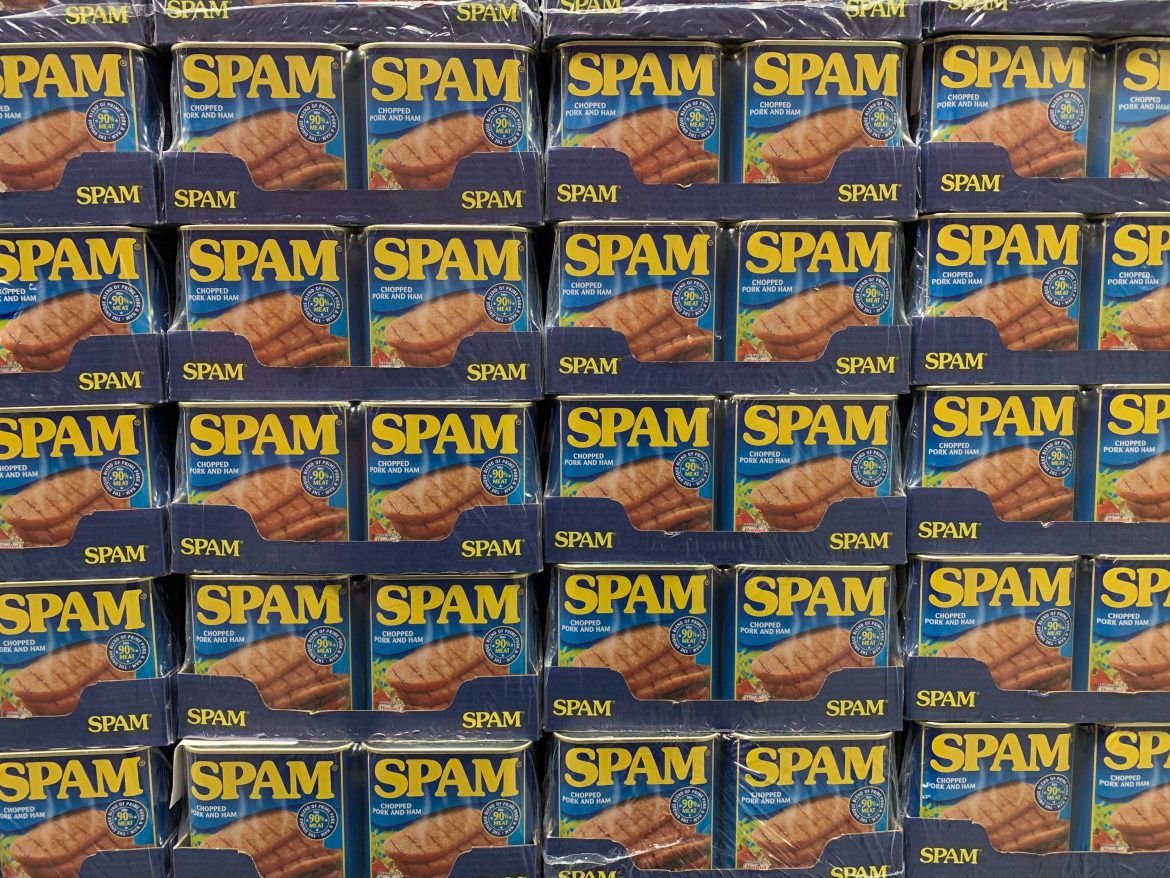 New York City has a spam problem, but we’re not talking about unsolicited emails, unwanted texts, or annoying robocalls. The Spam at the center of the Big Apple’s most recent crisis is the relatively inexpensive canned food product.

It’s unclear if it’s the state’s “no bail” laws, inflation, or an insatiable desire for the much-maligned mystery meat that is most fueling the issue, but Spam is flying off New York shelves and a lot of people aren’t paying for it.

This pork pilfering has forced city shopkeepers to add Spam to an ever-growing list of items that must be locked up.

Retailers around the country are facing a massive shoplifting epidemic, and there seem to be few good answers for them.  Nearly 70% of U.S. merchants reported a rise in retail crime last year, costing stores billions annually.

Locking up goods may stem the tide of this thievery but it’s not without its own pitfalls. Shop owners know that customers get frustrated when met with a secured product, and many will leave the store rather than patiently wait for an employee to spring a lockbox.

Industry experts say this irritating experience results in a 15-to-25% reduction in sales for the seller.

“Everyone is locking everything up. It’s a siege mentality,” Joe Budano, CEO of Indyme Corporation, told Forbes.

Budano’s San Diego-based company sells security devices that are used by Walgreens and other big chains. The help buttons, which sit on the top of locked cases, prompt a request over the loudspeaker for customer assistance. The sales for this simple product are up over 40% in 2022.

For more impatient shoppers, solutions are emerging that don’t even require staff to open the box. These novel devices can free the product remotely with a smartphone.

Spam is made by the Hormel Foods Corporation and made its debut in 1937. The product quickly took off in large part due to its notoriety as a foodstuff eaten by American servicemen and women during World War II.

Today’s Spam isn’t just your grandfather’s Spam, as Hormel markets numerous flavors including Spam Less Sodium and Spam Lite for its more “health conscious” devotees. If you find the aforementioned delineations a bit oxymoronic, SPAM Classic comes replete with 16 grams of fat and 40 mg of cholesterol per serving.

The often pilloried pork/ham delicacy has routinely been the butt of jokes for some 85 years. Regardless, the product has stood the test of time, as the 8 billionth unit of the canned delicacy was sold in 2012.