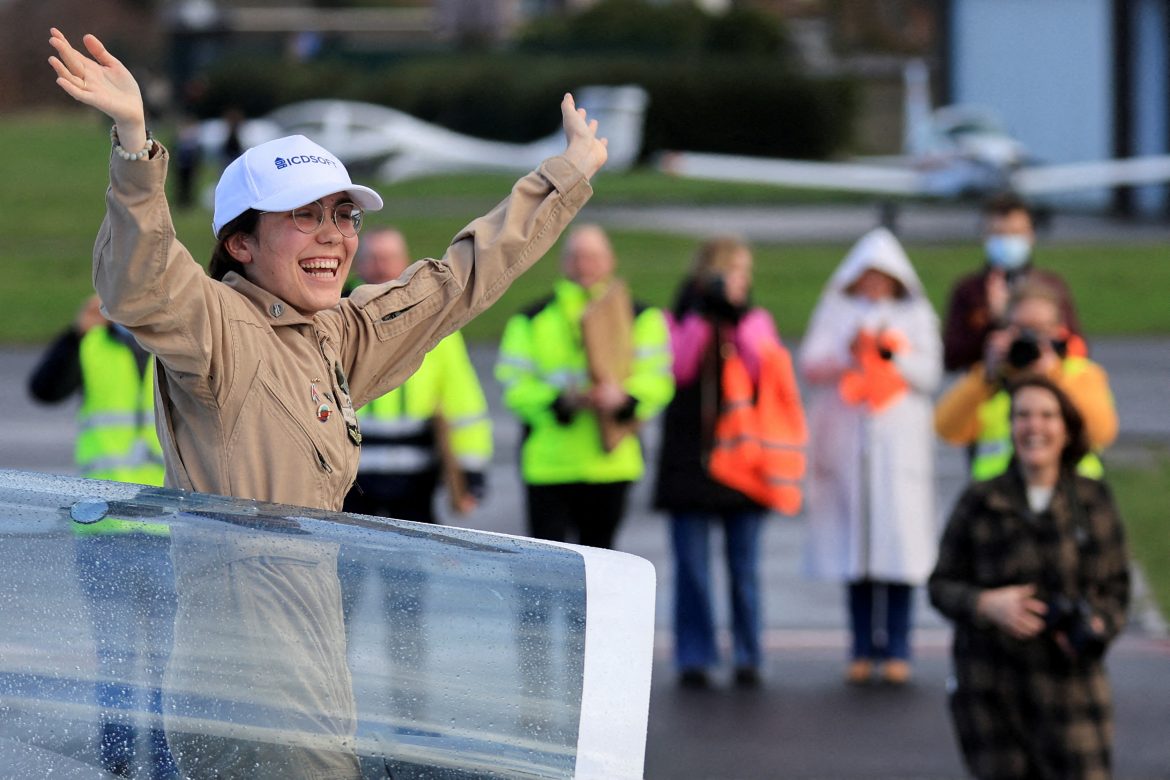 A 19-year-old female pilot set two new aviation records on Thursday when she completed a five-month solo journey to fly around the entire globe.

Although Rutherford described her journey as “incredible” and reported seeing “incredible scenery,” she also told reporters the day before she completed her journey, “I wouldn’t do it again.”

She said in an NPR-exclusive interview, “There’s been amazing moments, but then there’s been moments where I had fear for my life.”

Rutherford, who only flew during the daytime for her entire 155-day journey, landed in 52 different countries and five different continents. Rutherford needed to touch two points directly opposite of each other to qualify for the record. Her flight plan included Jambi, Indonesia, and Tumaco, Colombia for this reason.

The time spent circumnavigating the globe would have been two months shorter if reality had not included visa holdups and bad weather. The teenager, whose parents are also both pilots, included turbulent weather as one of the many dangers that she faced. NPR reported that she “got quite close to a lightning strike” in Singapore.

She also had to contend unexpectedly with the California wildfires. “I was flying along and then the smoke got really bad,” she said. “I was at 10,000 feet at this point, just trying to outclimb it, but it wasn’t working out.”

Twice she was delayed by weeks. In Alaska, bad weather and visa delays kept her grounded for a month. Then, she had to weather out a winter storm in eastern Russia in a small village.

Rutherford has trained under her father to be a pilot since she was 14 and gained her pilot’s license in 2020. In preparation for her solo trek, she learned how to bail from her Shark Aero ultralight plane with a parachute. She prepared three months before leaving for the first leg of her journey.

Rutherford reports that she wants to be an astronaut, but she saw her solo flight as a way to encourage young women to pursue science, technology, engineering, and mathematics (STEM). In particular, she wanted to encourage women in aviation. She leveraged social media not only to earn support for her adventure, but also to fundraise for STEM organizations.

Congrats to 19-year-old Zara Rutherford who flew around the world in 155 days, making her the youngest woman to circumnavigate the globe solo.Thank you for fundraising for Girls Who Code while doing so and for inspiring #GirlsinSTEM to fly to new heightshttps://t.co/TxP8e42TcH

One of her sponsors, Richard Branson of Virgin Group, met her in Colombia during her flight. He wrote, “I can’t emphasize enough how heroic her journey is and how important it is to encourage all young people to follow their dreams and see how exciting a career in STEM can be.”