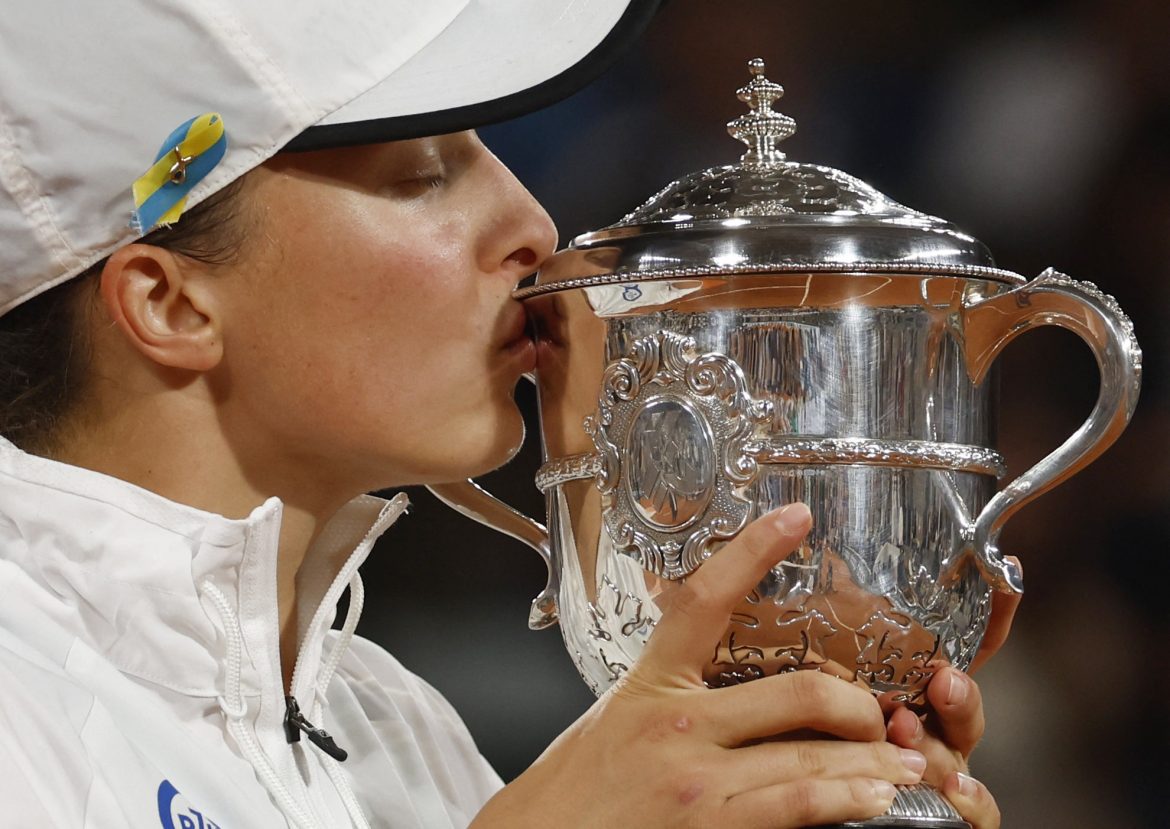 Minutes after she had crushed American Coco Gauff 6-1 6-3, the Polish top seed, who played the entire tournament with a ribbon in the Ukrainian colours pinned to her cap, said: “I would like to say something to Ukraine. Stay strong, the war is still there.

“Since my first speech in Doha (in February) basically I was hoping when I am doing the next one the situation will be better.

“But I still have hopes and try to support so thank you guys,” said the 21-year-old amid roaring applause from the crowd on Court Philippe Chatrier.

Swiatek, who is on a 35-match winning run, had addressed the situation in Ukraine following her title win in Doha on February 26, two days after Russian troops had launched the invasion.

The men’s and women’s tennis tours have banned Russia and Belarus from international team competitions following the invasion, which Moscow calls a “special military operation”, but allowed players from the two countries to compete as neutrals.

Poland was the European Union country that in March granted temporary protection to the highest number of Ukrainians fleeing war, with 675,085 Ukrainians seeking refuge there, EU data showed on Friday.

The war has triggered Europe’s worst refugee crisis since the end of World War Two, as more than 6 million people fled Ukraine, a United Nations’ migration report said in May.

Swiatek ruthlessly crushed American teenager Gauff with her punishing groundstrokes to end the encounter in just over an hour.

“Two years ago winning this title was amazing. Honestly I wouldn’t expect it, ever. But this time I feel like I worked hard and did everything to get here even though it was pretty tough. The pressure was big,” she said.

Swiatek, who dropped just one set in the entire tournament, had earlier teared up when hearing the Polish national anthem following her win.

Major US brands lack ‘pride’ marketing in the Middle East during Pride Month despite U.S. push