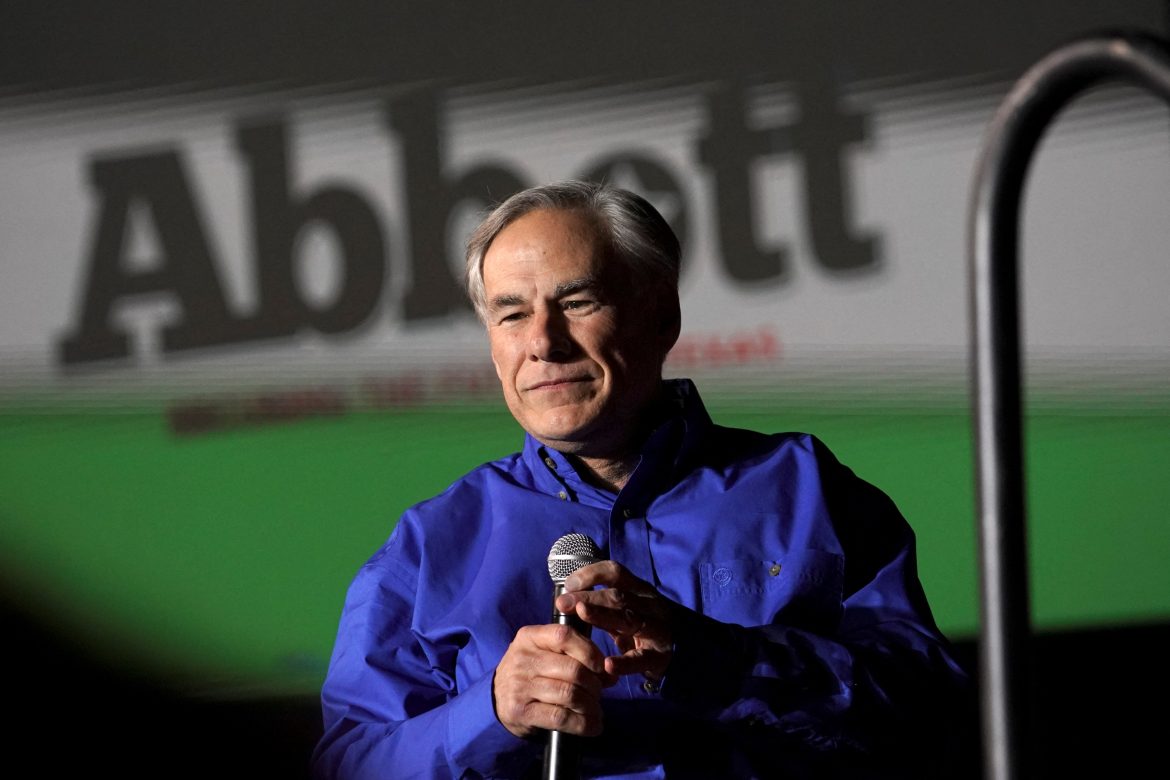 Texas’ state government received 1,700 panels that were originally purchased as part of President Trump’s border wall project. Governor Abbot applied to receive the “surplus” panels in November and plans to use them to build 1.3 miles of border wall between Texas and Mexico.

In January 2021, when President Biden took office, he halted construction on the wall. As a result, the excess panels were placed in federal storage in California and have been sitting there since then. Abbot requested the panels through the government’s “General Service Administration” which is, according to Newsweek, “a program that allows state and local governments, along with nonprofit organizations, to apply for property and materials the federal government has no use for.”

Governor Abbot tweeted this about the acquisition of the panels:

Texas has obtained 1,700 of those unused panels to help build the wall.

As soon as Biden took office in January, he halted virtually all construction on the border wall. In April 2021, Biden furthermore cancelled all federal contracts to build the federal border wall.

Yet Governor Abbot in June of 2021, still seeing the value of the wall, announced that his state would build its own wall on the Mexican border. On Abbot’s official website, he is quoted as saying, “While securing the border is the federal government’s responsibility, Texas will not sit idly by as this crisis grows. Texas is responding with the most robust and comprehensive border plan the nation has ever seen.”

In June, the state committed $250 million as a down payment on the wall, and according to the New York Post a total of $1 billion dollars of state money has been set aside as well. In addition to state funds, Abbot is also seeking private donations to help build the border wall, keeping a running tally on his website. As of February 11, over $55 million has been donated for the construction of a border wall.

On December 18 of 2021, Abbot held a press conference to show off the “first state-built border wall in the nation.” Flanked by the grandson of President George H.W. Bush, Texas Land Commissioner George P. Bush, Abbot unveiled the beginning of what will be approximately eight miles of border wall to be built by the state in Starr County.

At the press conference, Abbot said, “this ‘unprecedented action taken by the state of Texas’ is necessary ‘to secure our state’ from human traffickers and drug smugglers crossing the Rio Grande.” This acquisition of 1,700 panels from the Federal Government, along with the private donations and $1 billion of state funds are the next step in seeing the wall built to completion.

Bush told Border Report that “his agency manages 13 million acres of state-owned land and he has pledged over 200,000 acres eligible for border wall construction,” saying that there is immediate acreage ready on which the wall can be built.

Many on the left point to potential environmental impacts and have called the building of the wall nothing more than political theater. Rep. Henry Cuellar, a South Texas Democrat, said, “Border walls are ineffective, cause harm to the environment, induce severe flooding, and encroach on private property.”

Many Texas residents have shown their support of this project through monetary donations as well as land donations in the case of border residents offering to allow barriers to be built on their property. These Texans would seem to agree with the words of George P. Bush who said the wall was spurred on by, “the people of Texas who said enough is enough. Enough of open borders. Enough of disorderly chaos led by coyotes, smugglers and traffickers who do harm to our state.”