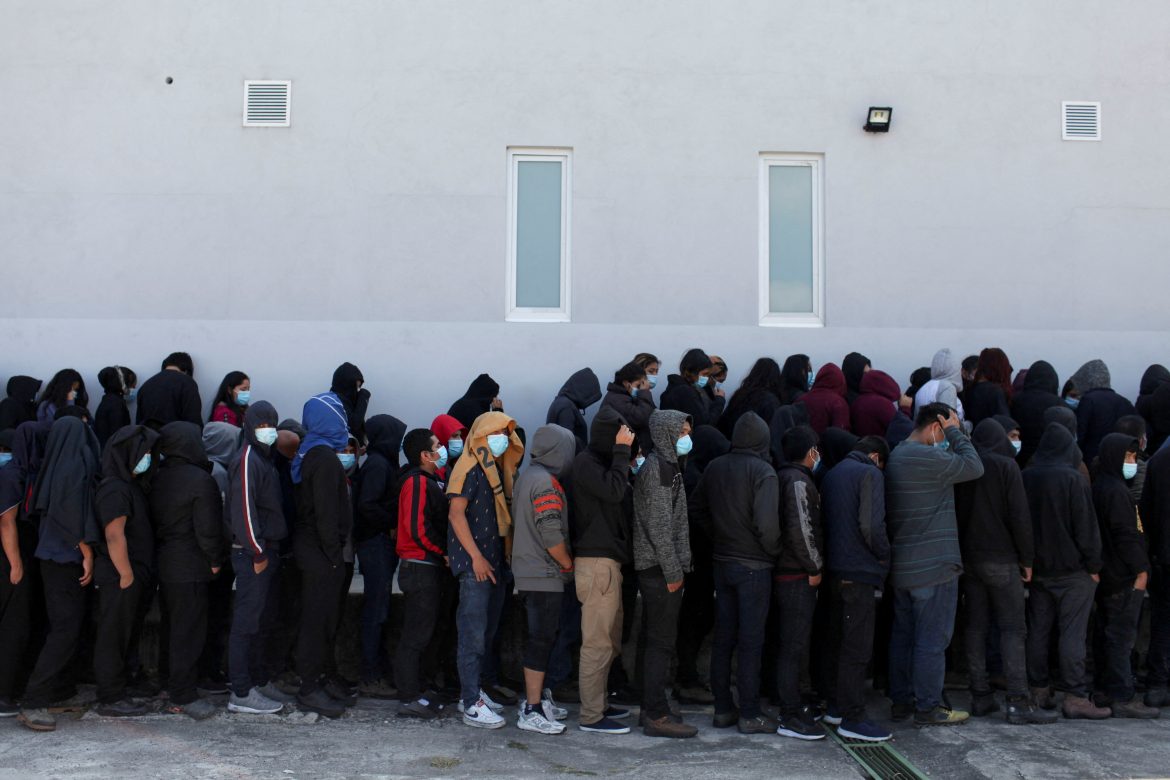 At CPAC, Florida Gov. Ron DeSantis drew an enthusiastic round of applause when he said, in abstract terms, that he would reroute migrants to Delaware were the Biden administration to attempt to house large numbers of asylum seekers in Florida. On Wednesday, Texas Gov. Greg Abbott brought the abstract into reality.

Abbott said that he had directed the Texas Department of Emergency Management to charter buses and flights to Washington, D.C., so that migrants released from federal custody could, on a strictly voluntary basis, be transported to the nation’s capital.

With Title 42, the emergency mandate that expelled migrants as a means of preventing the spread of COVID-19, slated to end on May 23, the U.S. is expecting a major influx in migrant entries into the country. The Department of Homeland Security estimates 18,000 migrants per day would be apprehended at the southern border.

The governor said his decision was based on his belief that Homeland Security would be releasing large numbers of migrants into Texas communities and hopes that DHS-vetted migrants would choose to await their immigration hearings in Washington.

“To board a bus or flight, a migrant must volunteer to be transported and show documentation from (Homeland Security),” a release from the governor’s office reads. “Mayors and county judges can notify TDEM of any DHS-facilitated drop-off of migrants in their communities so that the agency can provide appropriate transportation.”

The symbolism of Abbott’s plan is easy to decode. A longstanding complaint from conservatives is that the border crisis is ignored because it doesn’t negatively impact the daily lives of the nation’s leaders or coastal elites.

Proponents of mass immigration say allowing migrants entry into the country is a humane way to help the poor and destitute of other countries find a better life. Abbott, however, is of the opinion that open migration has been a recipe for the importation of crime.

“The Biden administration’s open-border policies have paved the way for dangerous cartels and deadly drugs to pour into the United States, and this crisis will only be made worse by ending Title 42 expulsions,” Abbott said.

On Wednesday, the U.S. Border Patrol issued a pair of press releases that, if anecdotal, immediately afforded some credibility to Abbott’s claims.

According to Border Patrol, agents have encountered 660 criminal migrants in just the Del Rio area since Oct. 1, 2021.

Human smuggling, one of the primary methods for trafficking humans into the U.S., long ago reached a crisis point and, on Wednesday, the Laredo agents found 70 people, some of whom were unaccompanied children, secreted away in a tractor-trailer.

The Biden administration has acknowledged that keeping tabs on migrants once they enter the country will be quite the task.

On Wednesday, White House Press Secretary Jen Psaki confirmed the U.S. was giving smartphones to migrants as a means of, the administration hopes, using voice recognition, GPS, and facial recognition technologies to track the whereabouts of migrants as they await the adjudication of their immigration cases.

“[We] need to take steps to ensure that we know where individuals are and … [that] we can check in with them,” Psaki said. She later added, “This is all part of our effort, as individuals come into the United States and individuals who are entering who will proceed to immigration proceedings, to monitor and track where they are.”

When asked if there was any concern migrants could discard their phones and never appear at a hearing, Psaki said the Biden administration was confident “the vast majority” would participate.

“I would note that nearly 80 percent of non-citizens released at the border from DHS custody under … prosecutorial discretion have either received a notice to appear or are still within their window to report,” Psaki said.

Abbott said Texas would continue enacting measures to address the border crisis and deter crime in the Lonestar State.

“With the end of Title 42 expulsions looming next month, Texas will immediately begin taking unprecedented action to do what no state has done in American history to secure our border,” Abbott said. “The new strategies announced today and next week will further strengthen our already robust response to the Biden border disaster, and we will use any and all lawful powers to curtail the flow of drugs, human traffickers, illegal immigrants, weapons, and other contraband into Texas.”

While Biden continues to FAIL America with his open border policies, Texas is taking UNPRECEDENTED action to secure our state & country.