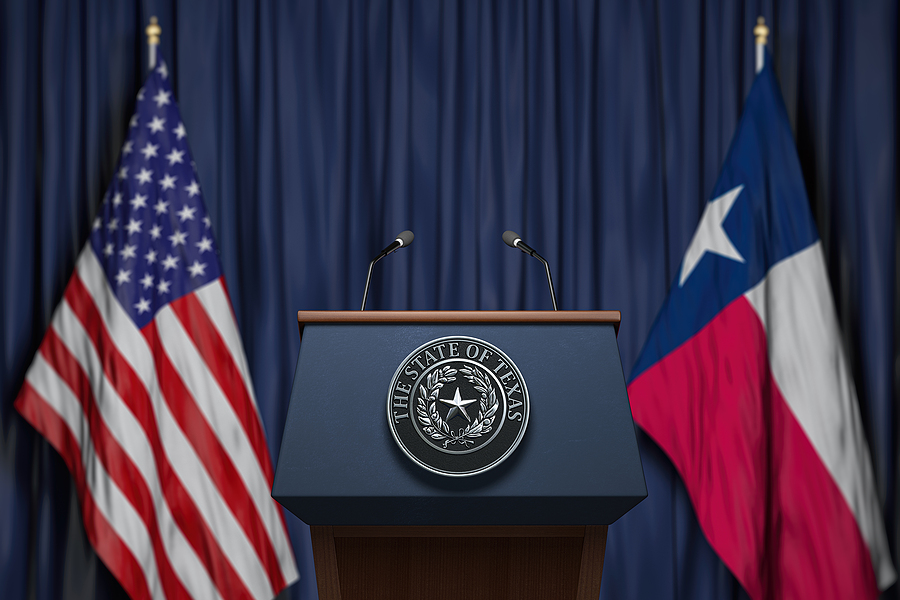 The announcement comes after Abbott sent a letter to Secretary of Defense Lloyd Austin last month informing the head of the Department of Defense that Texas would not enforce a vaccine mandate.

“As the commander-in-chief of Texas’s militia, I have issued a straightforward order to every member of the Texas National Guard within my chain of command: Do not punish any guardsman for choosing not to receive a COVID-19 vaccine,” Abbott’s letter reads.

Abbott also told Austin and guardsmen that he was prepared to force President Biden’s to federalize the guardsmen. He argued, both in his letter and the subsequent legal filing, that until the President goes through the process required to assume control of a state national guard, the Texas National Guard falls under Abbott’s command.

In short, Abbott believes President Biden lacks the authority to compel members of a state militia to accept a vaccination.

“Unless President Biden federalizes the Texas National Guard in accordance with Title 10 of the U.S. Code, he is not your commander-in-chief under our federal or state Constitutions,” Abbott wrote. “And as long as I am your commander-in-chief, I will not tolerate efforts to compel receipt of a COVID-19 vaccine.”

Title 10 allows the president to “federalize” any state National Guard by ordering them to active duty or calling them into federal service.

President Biden has given no indication he is considering or would consider federalizing the Texas National Guard to force members to become vaccinated, and such a move would be unprecedented.

Importantly, Abbott is not arguing that Biden couldn’t federalize the troops, only that he hasn’t.

According to a fact sheet released in 2006 by the Army National Guard, a president may federalize a National Guard unit in order to enforce federal authority.

“Whenever the President considers that unlawful obstructions, assemblages, or rebellion make it impracticable to enforce the laws of the United States in any State or Territory, he may call into Federal service such of the militia of any State,” the fact sheet reads.

The governor characterized the president’s vaccine mandate as unconstitutional and pledged to continue to fight on behalf of guardsmen who wish to avoid vaccination.

“This is one of the many examples of federal overreach by the Biden Administration that my office is adamantly fighting against,” Paxton said in a release. “Now this Administration plans to exacerbate the border crisis by taking out the very people defending Texas—the state that he abandoned and left bearing the costs and consequences of his decisions.”

Like Abbott, Paxton has developed a reputation for his willingness to litigate against Biden. Both are already part of numerous vaccine-related lawsuits, and last week Paxton joined a group of state attorneys general as they filed an amicus brief in opposition to a diversity rule instituted by the NASDAQ stock exchange.

On the same day he filed the guard suit, Paxton announced he’d signed a comment letter in opposition to Biden’s decision to require vaccinations for healthcare workers at Centers for Medicare and Medicaid Services facilities across the nation.

The Biden administration has shown a willingness to sue Texas as well. Last month, the Justice Department filed a suit challenging the state’s new districting map.

Presidents have long used the federalizing of National Guard units to maintain peace, quell insurrection, enforce federal law, or assist in recovery from a natural disaster or disease outbreak, but no president has ever federalized National Guard troops only as a means of ordering them vaccinated.

Typically, the federalizing of National Guard units is done at the request of a governor, or at least with the governor’s acquiescence.

There have been exceptions to this norm. In 1963, then-President John Kennedy federalized Alabama guardsmen to enforce desegregation at the University of Alabama. Two years later, then-President Lyndon Johnson federalized troops to maintain order during a Civil Rights march in Selma, Alabama.

In both 1963 and 1965, these actions were taken because the governor of Alabama failed or refused to utilize those troops to maintain order.

The full text of Abbott’s filing can be found here.