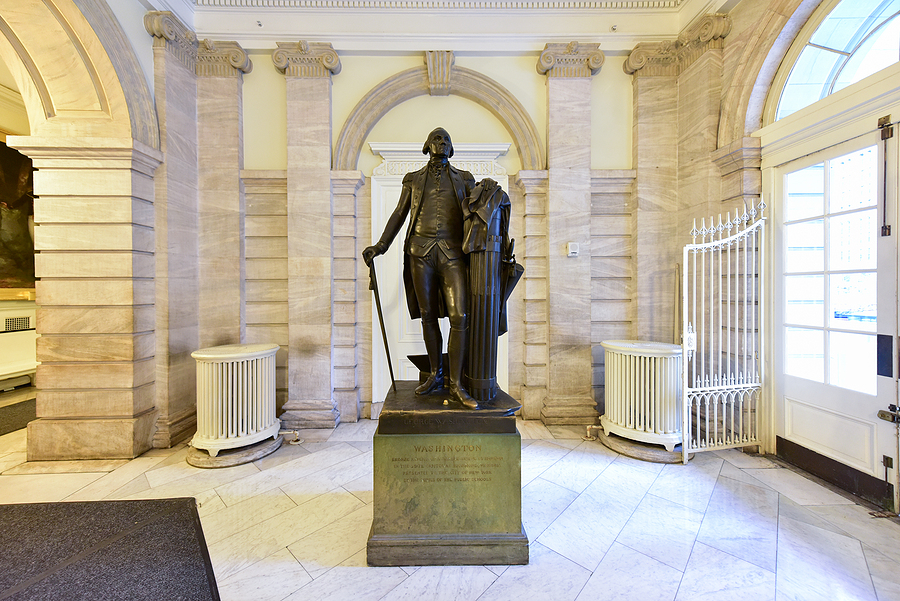 A statue of Thomas Jefferson was removed from City Hall in New York City after more than a century standing above the New York City Council chamber. While it is always a complicated decision to move historical artifacts, the ultimate decision was made because of one factor, the fact that Jefferson was a slave owner.

The decision to remove the statue came after a unanimous 8-0 vote of the New York City Public Design Commission, but it was preceded by years of debate and discussion about whether or not the statue should stay. Ultimately, the commission decided to remove the statue after “reassessing the legacy of the founding father, who was also a slaveholder.”

The removal of this statue and other historical artifacts like it has become a lightning rod topic on both sides of the aisle. Many on the left want to take down anything that might be considered a symbol of slavery and hatred while many on the right believe the items are part of this nation’s history, no matter how flawed that history may be. The question becomes, for both sides, does the subject of the piece deserve to be honored?

Those who believe the answer to that question is “yes” say that the Jefferson statue should remain. They point to the fact that he was the third President of the United States, the primary author of the Declaration of Independence, and one of this nation’s founding fathers. People in this group cite today’s “cancel culture” as the reason behind the removal of the statue, and look more to Jefferson’s accomplishments than his slave ownership.

Those who fought for the Jefferson statue and other similar historical landmarks to be removed focus on the fact that the people celebrated and honored in these statues were the very people who owned slaves. They argue, as Assemblyman Charles Barron states, “It should be destroyed. A statue should be for those who we honor for their exemplary service and duty to all of this country, not just the white race.”

People on both sides of the debate have taken a serious and complicated issue and made it a “black-and-white” issue both figuratively and literally. Situations like these should lead to discourse and discussion about why some people are offended by the same historical artwork or artifacts that other people honor.

Instead, people make their decision and hold onto it at the expense of learning from the other side. Rather than rushing to a broader understanding, they rush to the destruction of public and private property that has true historical value. Rather than understanding the good that Jefferson did for the country that we all enjoy, people riot with the freedom that Jefferson helped to pen.

Thomas Jefferson was and is an important part of our nation’s history and was instrumental in developing this country into the beacon of freedom and hope that it is today. He was also the man who, while crafting phrases like “all men are created equal,” owned more than 600 slaves and fathered children with some of them. The tension between what he did for America and how he treated slaves is real, but that does not mean he should be removed from our history.

If you want to see the seven-foot, 884-pound structure, it has not been destroyed. It has just been moved down the street to the New York Historical Society where it will be displayed in the lobby for six months before being moved to the museum’s reading room for the remainder of the 10 years of its stay.

It is noteworthy that the original bronze statue by French sculptor Pierre-Jean David remains on display in the Capitol Rotunda in Washington, D.C. The statue being removed in New York is a plaster replica gifted to New York City Hall in 1834.