Three mass shootings occur over Easter weekend in South Carolina and Pennsylvania; suspect in SC mall shooting out on bail 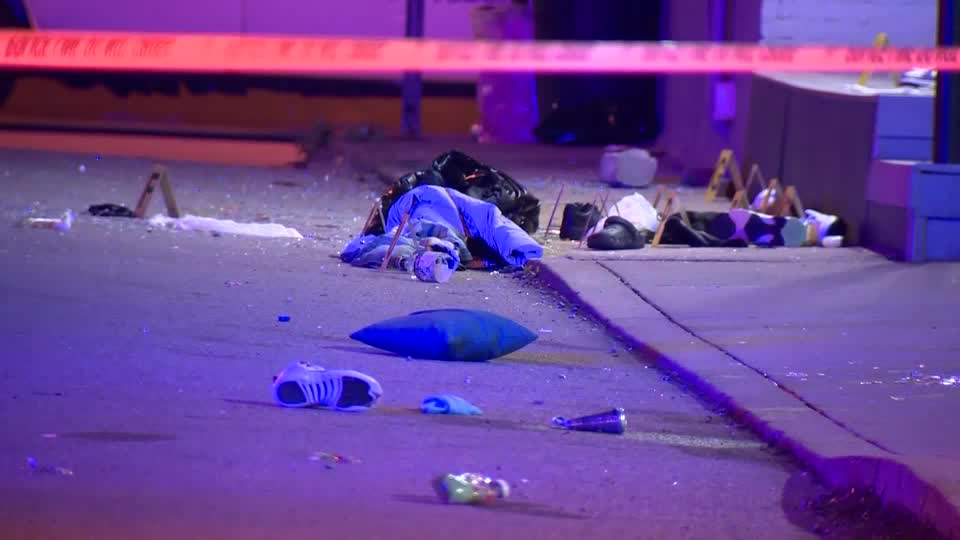 At least nine people were wounded Sunday in a shooting at a South Carolina restaurant, marking the second mass shooting in the Palmetto state within two days.

Police have provided few details in the case, including motive or the nature of injuries sustained.

The violence occurred less than 24 hours after another incident on Saturday, where fourteen people were injured after two gunmen opened fire inside the Columbiana Centre mall in Columbia. Nine people were shot and five others were injured trying to flee the scene.

One of the suspects in the shooting, Jewayne Price, 22, was arrested Saturday and charged with unlawful carrying of a pistol, according to a news release issued by the Columbia Police Department. Despite the severity of the crime, Price was released the next day on a $25,000 bond and was permitted to go to work with an ankle monitor, according to the CPD. Prosecutors say he could face additional charges in relation to the crime.

Two other males who were detained along with Price were released by police who determined that they were not involved in the shooting.

The CPD said that witness testimony and surveillance video at the mall show that at least three suspects were seen carrying firearms inside the mall. Police said they are trying to determine how many suspects discharged firearms but that the shooting appeared to be an “isolated incident between the suspects.” Ballistic evidence collected at the scene shows that at least two firearms were discharged by two different people in the incident.

“We don’t believe this was random,” Columbia Police Chief W.H. “Skip” Holbrook said at a news conference, according to a Fox News report. “We believe they knew each other and something led to the gunfire.”

This was not Price’s first arrest, as he was charged in 2018 with accessory before the fact in the shooting death of 17-year-old Amon Rice in Hopkins, South Carolina. The outcome of that case is unclear at this time, according to reporting by the New York Post.

Many have expressed outrage at the fact that Price was allowed to be released following his alleged involvement in the brazen act of violence.

Richland County Sheriff Leon Lott has previously expressed frustration at the state’s catch-and-release policies, as reported by South Carolina’s WIS News. “We catch people, they serve a little bit of time, they get out and they get right back doing what they normally do, and that’s commit crimes,” Lott said at a recent press conference, adding, “The criminal justice system needs to do better.”

“It was unprovoked by him. He called the police, turned himself in, turned over the firearm that was used in this, and gave a statement to the Columbia Police Department,” Rutherford said following the bond hearing, according to the news station.

Among the victims in the shooting, a 73-year-old is still being treated at a local hospital. The other 13 victims, including a 15-year-old, have been released.

In another Easter weekend shooting, two juveniles were killed and eight others were injured when an unknown assailant or assailants opened fire at a house party in Pittsburgh’s North Side early Sunday morning, police said.  Somewhere in the vicinity of 50 rounds were fired inside the Airbnb property around 1 a.m.

Authorities estimate that about 200 people were at the house at the time of the shooting, many of whom suffered lacerations and broken bones from jumping out of windows to escape the barrage of bullets. Shots were also fired outside of the house. Video from the event captured some of the chaos that ensued when shots were fired.

Ten victims, including two deceased male teens, were taken to area hospitals following the incident. No additional information has been provided and no suspects have been identified in the ongoing investigation. Police Chief Scott Schubert said he believes there were multiple shooters, according to the Pittsburgh Post Gazette.

“We’re not going to sleep until we get who did this,” Schubert said. “This shouldn’t have happened. We’re sick about it. We’re going to do everything we can to get those responsible for it.”

Police said evidence is being gathered at eight separate crime scenes somehow thought to be connected to the shooting.

“At least 10 gunshot victims, two lives lost, and hundreds of lives forever changed, because we have yet to pass meaningful legislation to lessen the amount of guns in our streets or provide the much-needed resources to communities desperately need,” Mayor Ed Gainey said Sunday in a statement. “The time is now for us to move with a sense of urgency to bring justice to the victims and peace to our city.”

Nearby resident Mitchell Wilston, 30, told the Post-Gazette that the house was full of minors at the time of the shooting.

“It was so clearly underage kids. These kids looked like they were 14,” he said, noting that he discovered blood on his car Sunday.