Transgender swimmer Lia Thomas, a biological male, plans to compete in the 2024 Paris olympics as a female 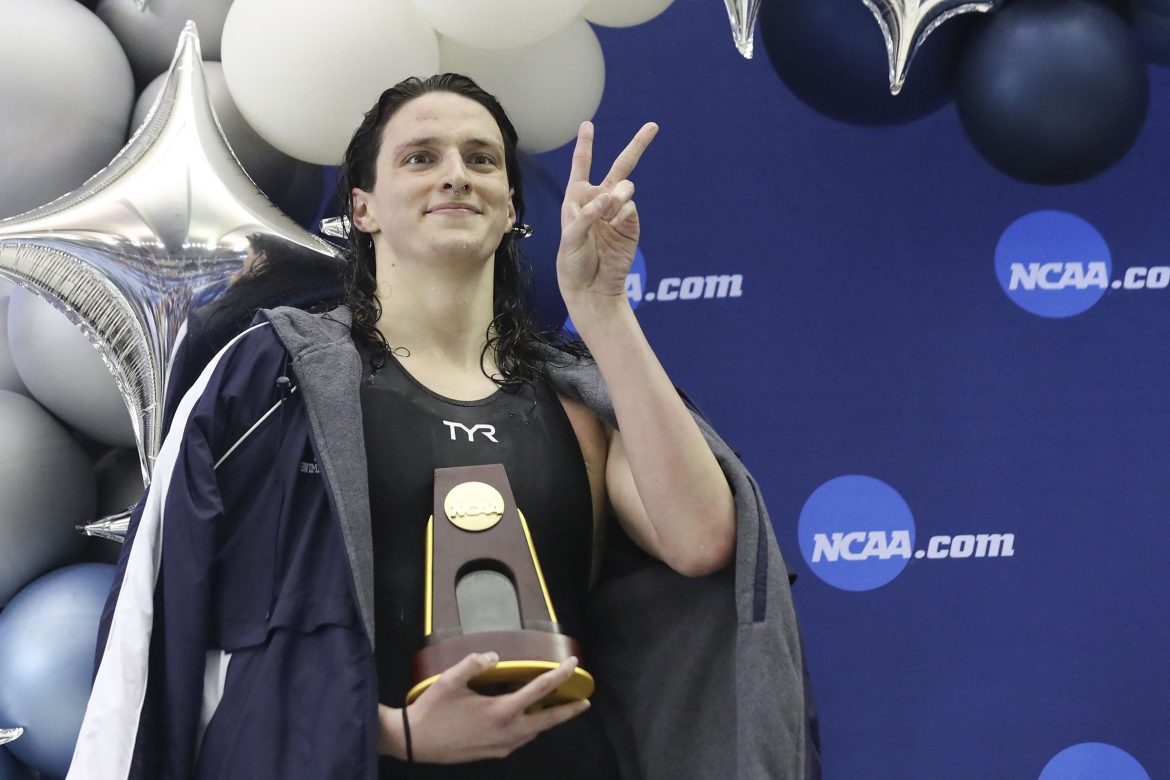 Lia Thomas has dominated the headlines in the world of competitive swimming for an entire season, which ended with a national championship win in the women’s 500m freestyle by more than two seconds over Emma Weyant. Thomas has remained largely quiet throughout the season, but he broke his silence Tuesday morning in an interview on ABC’s Good Morning America (GMA).

The focus of the interview was not a journalistic attempt to cover the story or ask the hard questions, but rather a sympathetic sit down with Thomas allowing him to tell his story. Since Thomas began winning NCAA women’s events, and shattering pool and national records in the process, he has received large amount of criticism from those in the sport, including his own teammates and the women that he swam against. This was his first response to that criticism.

In one exchange between Thomas and the GMA host, the host brought up the reaction of two famous LBGTQ athletes, Martina Navratilova and Caitlyn Jenner. The two former world-class athletes both spoke out against Thomas’ win claiming he had a clear competitive advantage. Thomas’ response was, “I knew there would be scrutiny against me if I competed as a woman. I was prepared for that, but I also don’t need anybody’s permission to be myself and to do the sport that I love.”

GMA host invited one expert, a physiologist from the Mayo Clinic, Dr. Michael Joiner, to discuss the potential competitive advantages Thomas may have. When asked if years of hormone therapy could not put transgender women in a place to compete with biological women he replied, “I think the evidence so far would suggest a period of two years, three years, four years is probably insufficient.”

Aside from Dr. Joiner, the interview was mostly softball questions designed to give Thomas a chance to tell his story in the most positive light possible.

Matt Walsh from the Daily Wire conducted an almost simultaneous interview with one of Thomas’ teammates at Penn. The teammate remained anonymous during the interview, but she offered a window into how the university handled the ordeal. In her words, Penn told the women’s swim team that Lia’s swimming was “non-negotiable” and that any help that the other women on the team needed to wrap their minds around that would be given.

GMA interviewed Lia Thomas today. Great timing. Our film features one of Thomas's teammates. She told me that women on her team were silenced and referred to psychological counseling if they objected to having Thomas on the team. More in the full film: https://t.co/xibkNa4oHW pic.twitter.com/YRRf2S712a

Thomas’ teammate made it clear that there was never a discussion or consideration barring Thomas from competing against women athletes. In fact, from the university’s perspective, if any of the other women on the swim team were not accepting or comfortable with competing against a transgender biological male it was recommended that they receive counseling.

Toward the end of Thomas’ interview with GMA, he revealed his future plans in the sport. Thomas said that his next step would be training for the 2024 Olympics in Paris to compete for the women’s Olympic swim team.

What is missing from the interview, and Thomas’ story in general, is an explanation of why competing against women is a necessity for him to enjoy the sport that he loves. As a biological male, Thomas could continue to fairly compete as he previously did, although less successfully, against other males.

There are sure to be legal challenges associated with Thomas’ attempt to qualify for the Olympics. He could avoid this obstacle by competing against his own sex, but of course, he may also not be afforded the opportunity unless he continues to swim against women.