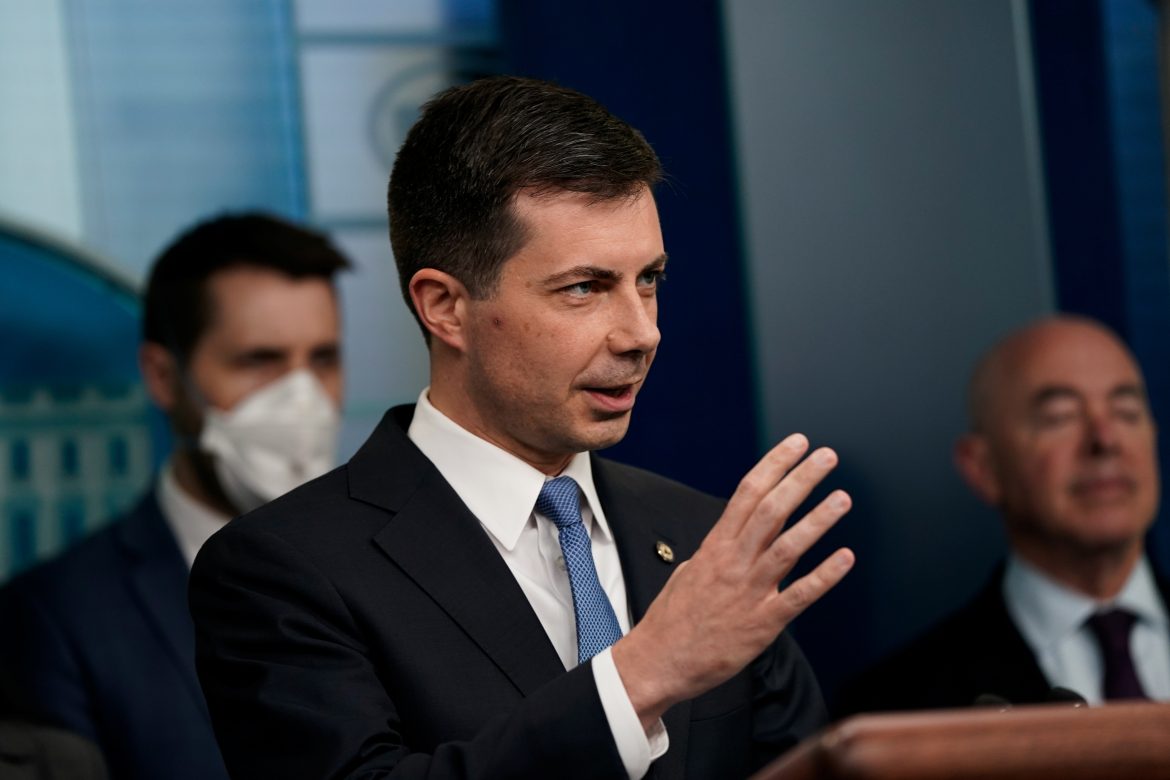 Transportation Secretary Pete Buttigieg appeared to defend a tweet by his husband, Chastin, which made light of protests that forced Supreme Court Justice Brett Kavanaugh out the back door of a local D.C. restaurant.

The event in question took place last Wednesday when Kavanaugh was eating at a restaurant in downtown Washington, D.C. While there, a group of abortion rights protesters reportedly received a tip that the conservative justice was present and arrived to protest. Kavanaugh continued his lunch, but was forced to leave through the back door.

The restaurant, Morton’s Steakhouse, later condemned the protest. “Honorable Supreme Court Justice Kavanaugh and all of our other patrons at the restaurant were unduly harassed by unruly protestors while eating dinner at our Morton’s restaurant,” a representative said in a statement. “Politics, regardless of your side or views, should not trample the freedom at play of the right to congregate and eat dinner. There is a time and place for everything. Disturbing the dinner of all of our customers was an act of selfishness and void of decency.”

Following reports about the negative exchange, Chastin Buttigieg tweeted, “Sounds like he just wanted some privacy to make his own dining decisions.”

Pete Buttigieg was questioned about his husband’s statement during an interview with Fox News. Regarding the comments about Kavanaugh, the reporter questioned Buttigieg, “Is that [tweet] appropriate sir?”

Buttigieg responded, “When public officials go into public life, we should expect two things. One, you should always be free from violence, harassment, and intimidation. And two, you’re never going to be free from criticism or peaceful protests, people exercising their rights, and that’s what happened in this case.”

Later during the interview, Buttigieg insisted that he would have no problem if the same situation had happened to him while dining, according to The Washington Examiner.

“I can’t even tell you the number of spaces, venues, and scenarios where I’ve been protested. And the bottom line is this: Any public figure should always, always be free from violence, intimidation, and harassment but should never be free from criticism or people exercising their First Amendment rights,” Buttigieg said.

The transportation secretary went on to remind viewers that Kavanaugh is one of six conservative justices who voted to overturn Roe v. Wade which, according to Buttigieg, takes away women’s rights.

“Since I’ve been alive, settled case law in the United States has been that the Constitution protected the right to privacy and that has now been thrown out the window by justices, including Justice Kavanaugh, who as I recall, swore up and down in front of God and everyone including the United States Congress that they were going to leave settled case law alone,” Buttigieg said according to The Independent. “So yes, people are upset. They’re going to exercise their First Amendment rights.”

The event at the restaurant comes just weeks after law enforcement arrested Nicholas John Roske near Kavanaugh’s home. Roske was carrying a gun, knife, pepper spray and burglary tools when he was arrested on June 8. Federal court has charged Roske with attempted assassination of Kavanaugh.

Americans agree country is ‘on the wrong track,’ Biden should not run in 2024