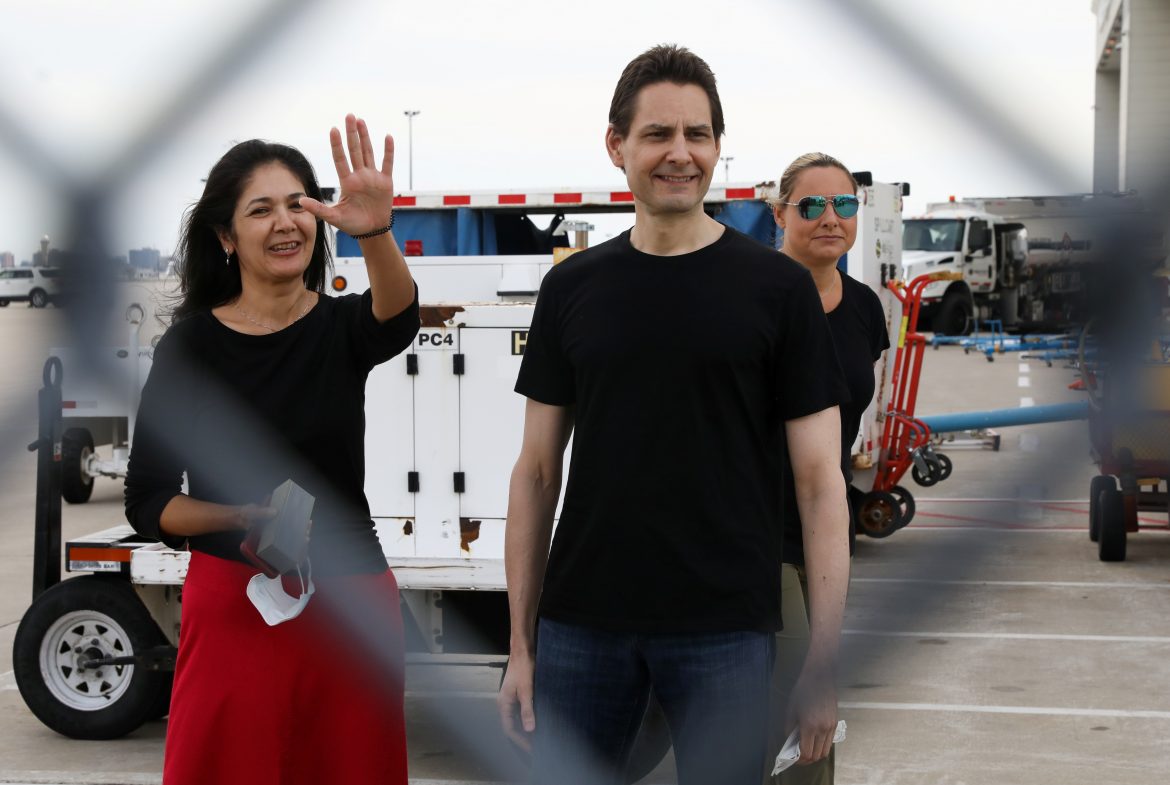 Hours after a deal was struck between Huawei Chief Financial Officer Meng Wanzhou and U.S. prosecutors in her bank fraud case, two Canadians accused of spying were released from a Chinese prison where they had been held for over 1,000 days.

Canadian Prime Minister Justin Trudeau confirmed the release of businessman Michael Kovrig and Canadian diplomat Michael Spavor Friday, stating that they had “left Chinese airspace and they’re on their way home.” The two were arrested by Chinese officials in 2018 for alleged spying, and Spavor was sentenced to 11 years in prison.

“These two men have gone through an unbelievably difficult ordeal,” said Trudeau. “For the past thousand days, they have shown strength, perseverance, resilience and grace, and we are all inspired by that.”

The Canadians arrests occurred shortly after Meng was charged with bank and wire fraud by U.S. prosecutors and placed on house arrest in Vancouver. According to Reuters, tensions between the U.S. and China ratcheted up as the Huawei CFO fought extradition to the U.S.

Chinese officials purportedly urged prosecutors to drop the charges in order to “help end a diplomatic stalemate,” leading many to believe that China was playing a game of hostage politics.

Former Canadian ambassador to China, Guy Saint-Jacques, said “When you look at this, it’s Beijing admitting that this was hostage diplomacy. They make no qualms about it. … I think the message to the world is, ‘Be careful, because we can go after your citizens if you cross us.’”

It is unclear if a deal was, in fact, struck which led to their release. Beijing has repeatedly denied that the two cases are related.

Meng spoke to reporters outside a Vancouver courtroom Friday, where she said that her life had been turned “upside down” over the past three years, but added, “I believe every cloud has a silver lining.” Shortly thereafter, she departed on a flight back to China.

Washington has agreed to defer Meng’s prosecution until 2022, at which time the charges will be dropped provided she does not break the law. Meanwhile, the Department of Justice will continue to prepare for trial against Huawei.

Huawei Technologies Co., Ltd. is a Chinese multinational technology company headquartered in Guangdong which develops and sells telecommunications equipment and consumer electronics. In August of 2020, amid claims that the company would allow its 5G network to spy on behalf of the Chinese government, President Trump blocked all unlicensed shipments of chips and other components to the company if such shipments included any U.S. technology or machinery.

These restrictions have remained in place under the Biden administration.