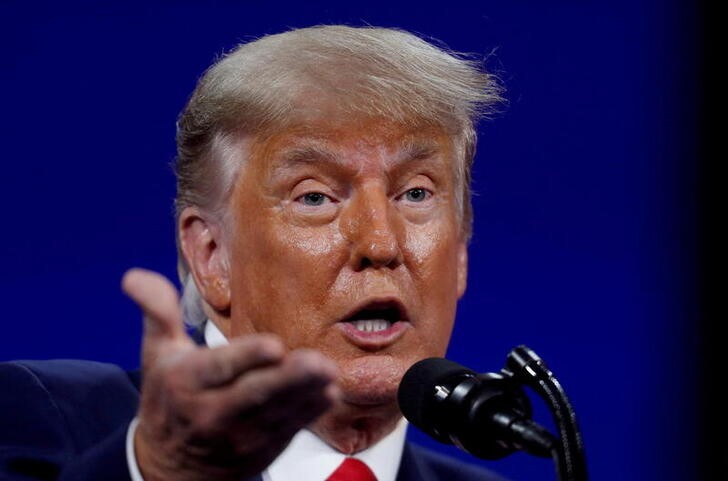 The mainstream media has been overwhelmingly silent on Friday’s stunning revelation that Hillary Clinton’s presidential campaign paid an internet company to spy on political rival Donald Trump both before and after his 2016 presidential victory, a fact that former President Trump has taken note of.

The news came by way of a Friday court filing by Special Counsel John Durham indicating that Clinton campaign lawyers conspired with a technology company to “infiltrate” Trump Tower and White House servers to establish an “inference” and “narrative” suggesting Trump was a Russian puppet which they could then present to government agencies.

Several major news networks that carried non-stop coverage of the Russia hoax for years buried the bombshell report in a collective silence. America’s 45th president took note of the dichotomy calling out several news agencies by name in an emailed statement from his Save America PAC.

Can you imagine that, what should be the biggest story of our time, bigger than Watergate, is getting absolutely no mention, ZERO, in the New York Times, Washington Post, ABC Fake News, NBC Fake News, CBS Fake News, ratings-dead CNN, and MSDNC.

He then added, “​This in itself is a scandal, the fact that a story so big, so powerful, and so important for the future of our Nation is getting zero coverage from LameStream, is being talked about all over the world​.”

Trump went on to also accuse the media of ignoring the “many Biden corruption scandals” before the 2020 election, adding, “they won’t talk about this, which is potentially even bigger. It shows how totally corrupt and shameless the media is​.”

The White House on Tuesday refused to answer questions about the Durham filing.

When pressed on the topic of whether the White House was concerned about the fact that a presidential candidate infiltrated a political rival’s computer systems, Principal Deputy Press Secretary Karine Jean-Pierre repeatedly said she would not discuss the matter, referring the reporter to the Department of Justice on three separate occasions.

Biden Spokeswoman Karine Jean-Pierre repeatedly says she “can’t speak to” Durham's report showing that the Clinton campaign paid for the Trump campaign and White House to be illegally spied on pic.twitter.com/WgIVe2ck6g

Durham was appointed by then-Attorney General William Barr in the spring of 2019 to investigate the origins of the FBI’s Trump-Russia probe. In the months and years that followed, Trump supporters saw their hopes that the investigation would vindicate his claims of a “witch hunt” dwindle while liberal pundits dismissed the accusations as a Republican-led conspiracy theory.

Since a third indictment in the probe came down last fall, however, the investigation has “accelerated,” according to an anonymous source cited by Fox News who also told the network more people are “cooperating” and agreeing to testify before the federal grand jury than had been previously indicated.

The source also noted that Durham has handled his investigation “very professionally,” and has managed thus far to prevent information leaks, in contrast to Special Counsel Robert Mueller’s investigation.

“Durham does this right and keeps it a secret,” the source said, adding that there has been “much more activity” in Durham’s investigation “than has been visible to the public.”

Friday’s court filing authored by Durham pertains to a conflict of interest in the Sussman case regarding the lawyer’s previous claim that he was not working for the Clinton campaign when he presented the FBI with documents purportedly linking Trump to Russia. Billing records from Sussman’s law firm, however, proved otherwise and in fact showed Sussman was billing the Clinton Campaign for his work, including his collaboration with an Internet tech company and a group of university researchers to surveil Trump’s computer servers.