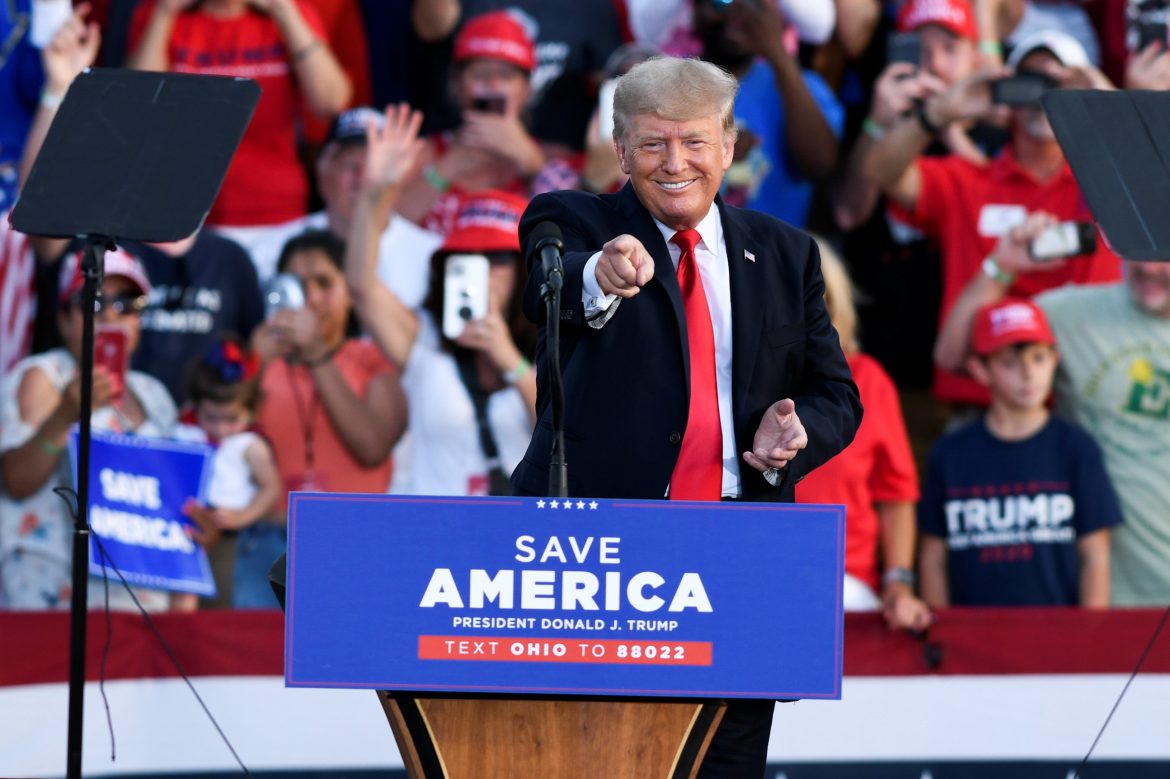 In a much-anticipated event, this weekend the 45th President, Donald Trump, held his first post-presidential rally in Wellington Ohio over the weekend to an ecstatic crowd. In his speech, the former president painted an optimistic future for Republicans in 2022, while ripping into the Biden administration for its failures with border, crime, and its promulgation of the Marxist-based critical race theory in public schools and the military.

During the event Trump once again hinted at running in 2024, saying  “We won the election a second time and it’s possible we’ll have to win it a third time.” He also teased a future run in a recent interview with Newsmax, where Trump said he’d “be making an announcement in the not-too-distant future,” but also he may wait and see what happens in the midterm elections.

Unfortunately for Trump, enthusiasm among Republicans may be shifting away from the 45th President to Florida Governor Ron Desantis.  Recently  DeSantis beat Trump for the preferred Republican Presidential nominee in the Western Conservative Summit’s straw poll.  Respondents were given the option to select multiple candidates. In the top five, Ron DeSantis was chosen by 74% of those polled, Donald Trump came in second with 71%, followed by Sen. Ted Cruz at 43%, then Mike Pompeo and Sen. Tim Scott at 39% and 36% respectively.

Trump’s full speech can be viewed on his official Rumble account. Trump joined the free-speech alternative to YouTube this weekend as a way of circumventing the censorship of major social media platforms.